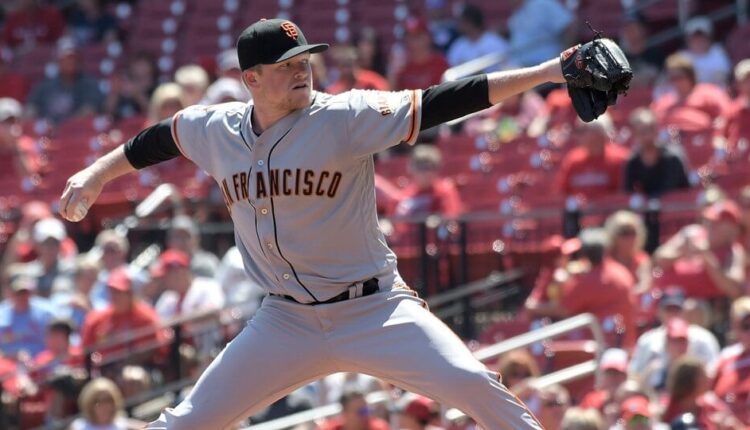 As the end of the season gets closer and closer each game takes on even greater importance. Due to expanded rosters and innings limits being approached, teams will be shuffling their probables drastically in the next few weeks. These matchups will be changing and our two-start pitchers are certainly not set in stone.

Best of luck to everyone in the playoffs and crunch time and read on for my thoughts on the two-start pitchers lined up for the week ahead.

Two-Start Pitchers for the Week of September 9

Nola is coming off a rough start against the Reds but he is far too talented and you have too much investing in him to bench him now. The matchups are tough but he still has the talent to overcome.Bieber has taken a massive step forward and is becoming an ace right before everyone’s eyes. This is a tougher two step with the powerful Twins on tap but regardless he should be be starting this week for all your teams.

DeGrom is one of the best pitchers in all of baseball and no matter what you are starting him. Pitching twice at home makes the Dodgers matchup slightly easier to handle.

Morton’s career resurgence has been nothing short of incredible and the right hander could be on his way to Cy Young consideration. He has a great set of matchups and gets a boost in both K’s and Wins.

Greinke is one of the best of his era and his ability to re-invent himself is almost unprecedented. He has a path to wins with the Astros and while the K upside is lower this week, he is an easy start.

This is a brutal two-step for Berrios but his presence on one of the best teams in baseball and potential dominance places him easily in this tier. This may be the riskiest play in this tier.

Bumgarner is no longer an ace but his matchups this week easily place him in this tier. While both of these offenses are poor, they balance eachother out in terms of strikeouts and as a result, he does not get a boost in that category.

Bauer is still being treated like an ace despite some truly poor results over his last few appearances. His main issue has been with the long ball and these matchups are not the most troublesome with respect to the long ball. Getting away from his bandbox of a home ballpark should be a positive for him as well.

Paxton is coming off an absolutely dominant performance that few pitchers in the league besides him have the ability to unleash. Anytime you have that kind of an outing in the repertoire you need to start that guy. Paxton despite his poor results in 2019 is that guy.

Miley has been taking full advantage of the powerful Astros’ lineup and deep bullpen to put up a respectable fantasy season. He has a plus matchup with the Royals this week and a solid but unspectacular one with the Athletics. He does get a small boost with strikeouts this week, even if he may not be able to take advantage of it.

Lance Lynn is still the fWAR leader in the AL, which I think will never stop amazing me. He has done it with home run prevention and big strikeout totals. The strikeouts take a hit this week but he should still be able to prevent home runs at an above-average rate. Making this two-start week a viable one.

The two Cubs’ lefties have plus matchups this week, with two wins very much in play. If deciding between the two, Quintana has been the better pitcher this season and is the guy I would love to go with. If you are hard up for wins Lester is a perfectly fine play this week.

Wheeler has gone through some serious peaks and valleys thus far in 2019 but his upside is too much for owners to pass up on this week despite the run-in with the Dodgers. The talent is there to shut down any offense and in the stretch run, he is a guy I want to take my chances with.

Gallen is coming off a beautiful performance in which he took a no-hitter deep into the game. Since the trade to the Diamondbacks, he has slightly improved his walk rate and has been limiting homers are a better rate than he did with the Marlins. The park move to Arizona does not support the lower homer rate but if he can keep this up this is a possible plus week for him.

Lyles has been incredible since his move to Milwaukee but the peripherals do not really support the improvements. However, the Marlins matchup alone makes this a good week to chance the numbers as does pitching away from home for the Brewers’ right-hander.

Kelly’s control has been excellent and he should be used in an extremely matchup dependent manner. He has had long ball issues like many average pitchers in 2019 but this week the matchups are appealing enough. Both teams have pop but one matchup in Citi Field should help to contain the chance for him to truly get victimized by the long ball.

Webb has been a bright spot for the Giants who have had very few this season. Since coming up the young right-hander has shown solid strikeout skills, above-average control, and slightly worse than average homer prevention. His 55% groundball rate is also above average and should lead to some better home run rates than what he has shown so far in his career. His home park is also excellent for pitchers and bumps him up another step.

He is a three-pitch arm with a fastball, slider/curve, and change-up which should help to ensure his platoon splits are not too insane. Both the slider/curve and change-up have been above average pitches by pitch values, which should help to make his below-average fastball play up. While there is not a ton that suggests he will become an ace, he has the makings of a back end of the rotation arm.

This week he has two absolutely elite matchups and gets a bump in both strikeout upside and wins. Both matchups at home is an even added bonus.

I want to have more faith in E-Rod than this but he has not shown enough for me to support him like that. The left-hander gets two brutal matchups with teams that mash left-handed pitching and as a result, I would stay away where possible. If strikeouts are a need then he is a guy who can be used but he could ruin ratios.

Fried also has just miserable matchups this week dropping him down to this tier for me. These two offenses are on fire and crushing lefties and as a result, I will be benching Fried in any location where I need my ratios to hold strong.

Paddack has been excellent but the combination of his likely innings restrictions and the trip to Coors Field make this an easy avoid for this week. Paddack is a much better long term play but his utility for the remainder of the season might be lessened.

Anibal has been perfectly fine and if his owners have played his matchups correctly, he has been a valuable fantasy weapon in 2019. However, this week is definitely not a pairing of matchups that you want to be chasing. He is, unfortunately, facing two of the better offenses in all of baseball.

Following a trend of some of the others two-start pitchers we’ve discussed, Roark has been very good since being traded to the Athletics around the deadline. The right-hander is not someone I would want to be trusting with the season on the line with the set of matchups he has this week ahead.

Folty has taken a big step back compared to his dominating 2018 season. The big difference has been a step back in his strikeout rate corresponding with a small step up in homers. Two tough matchups this week make me want to avoid him despite his high win chances.

While Means does get an elite matchup with the Tigers this week, they are actually better against lefties than righties. The Dodgers’ at home seems like a recipe for disaster for the Oriole left-hander. This is a tough week to trust him.

Williams, Junis, Nova, and Hernandez all have a pairing of great matchups alongside brutal ones. All four pitchers have varying levels of intrigue with Hernandez leading the way for me. His home rate is brutal but the other skills point to what could be an effective arm going forward. Junis comes in next with Williams and Nova bringing up the rear.jul,

I’ve liked Brett Anderson at varying points in the season but with a trip to Texas on the docket, I will be avoiding him this week. The Astros are a terrible matchup for any arm but a pitcher to contact type like Anderson. The Rangers also pose a threat on a much lower level than the Astros.

Chase Anderson has another elite matchup paired with a rough one similar to most of the arms in this tier. Chase does not really do much that interests me despite some flashes of greatness. You could certainly do worse this week and he is a guy who you could take a chance on.

Patrick Sandoval is actually someone who really interests me. He has double-digit strikeouts per nine and has allowed less than one homer per nine so far. The ERA estimators see a very good pitcher despite the slightly below-average walk rate. He was limited innings wise in his last start and this could be the case again this week, making this much less interesting.

NO: Just say no to these two-start pitchers