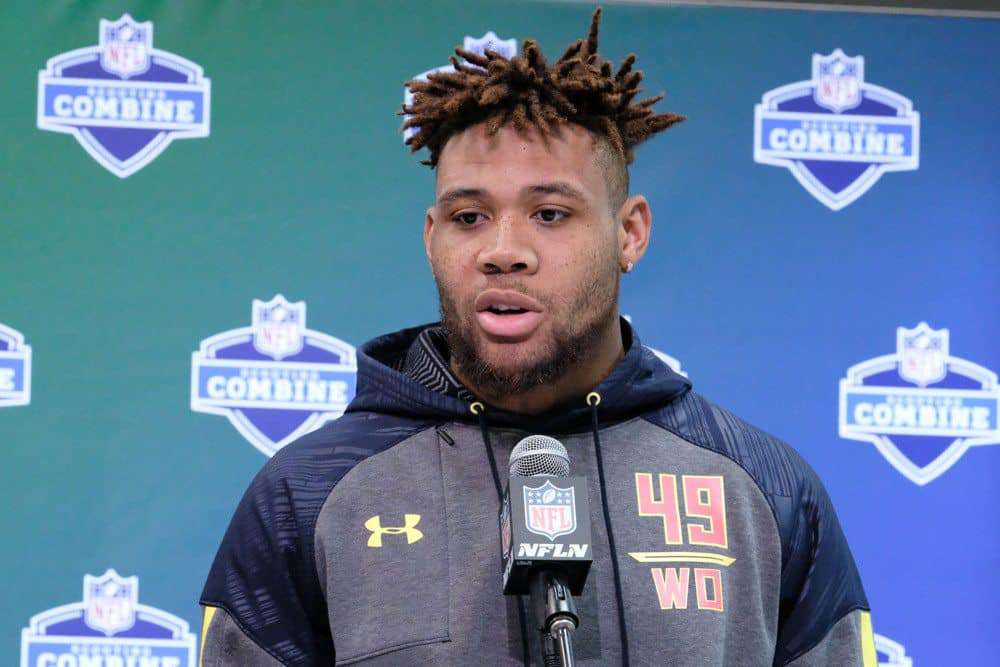 Welcome to this week’s edition of the Monday Morning Sleeper. Last week I compiled a short list of potential deep sleepers for the upcoming NFL fantasy season that may help you during your upcoming campaign. You can check out last week’s article here. This week I will be profiling ArDarius Stewart, a New York Jets wide receiver, who, due to an injury, may see his role expand this season.

A Fantasy Football Sleeper is a player that is in a position to play beyond their rankings or expectations, is a relative unknown, and who may provide you with some value at their draft position.

With the preseason being so volatile, and with so many jobs on the line, it is important to look back at some previous sleeper candidates and update their situations. The first previous Monday Morning Sleeper candidate we will look at is Robby Anderson. He should see his role expand as a result of Quincy Enunwa suffering a season-ending neck injury. Anderson is now the presumed No. 1 receiver for the Jets; however, considering he does play for the Jets, it’s best to keep your expectations in check.

Next, we’ll look at Robert Woods, who is no longer the presumed No. 1 receiver in Los Angeles. The Rams pulled off a huge trade on Friday, landing Sammy Watkins from the Bills. Watkins has never lived up to his potential in Buffalo, largely due to injuries and inconsistent quarterback play. However, he will now be playing on a grass field in LA, and a change of scenery should help the 2014 fourth overall draft pick thrive under Rams head coach Sean McVay.

Recently, I predicted that Darren McFadden could have an opportunity in Dallas should Ezekiel Elliott be suspended by the league for his domestic violence incident. Elliott was given a six-game ban for his transgressions. Although he is going to appeal his ban, it looks as though McFadden will have an even bigger role to start the season. While McFadden still currently holds little value as a dynasty asset, he does have some value in redraft leagues.

ArDarius Stewart is set to play in his first season in the NFL, after being drafted by the Jets in the third round, 79th overall, in this year’s entry draft. Stewart is 23 years old, stands at 5-foot-11 and weighs 204 pounds. Stewart is very strong with the ball and can extend plays by powering through coverage. He is also a fearless blocker, making him a valuable asset for the offense, whether his number is called or not. With Enunwa sidelined for the season, his number should get called a lot in 2017.

There have been concerns regarding Stewart’s route-running ability, particularly with his cuts and breaks, which may cause some issues as he tries to separate himself from fellow rookie Chad Hansen. He has also had some difficulty bringing the ball down, with 11 drops in the past two seasons, despite having strong hands. Another concern is that Stewart has already had a couple of injuries that required surgery. One was for his thumb, and the other his groin, resulting in him sitting out OTAs and minicamp. Stewart looks to cut and break these trends as he tries to take advantage of his opportunity this season.

WHAT ABOUT CHAD HANSEN?

As previously mentioned, Stewart has some competition from Chad Hansen, a fellow 2017 draft selection. While Stewart was the first wide receiver of the two off the board, it is Hansen who is currently sitting ahead of Stewart on the Jets’ depth chart. Hansen was drafted in the fourth round, 141st overall, and has a shot at playing in the slot this season. However, with the loss of Eric Decker and Enunwa, he could revert back to the right side perimeter. I believe that both Hansen and Stewart will both have plenty of opportunities this season, and this week’s article could just as easily been written about Hansen. Both should be late-round sleepers with potential long-term value in dynasty leagues. Despite Hansen being higher on the depth chart, I would prefer to put my money on Stewart for 2017 and beyond.

With the Jets team as a whole being in a state of flux, and in the beginning stages of their rebuild, it is difficult to have any faith in their quarterbacks. And rightfully so. Josh McCown appears to have a firm grip on the starting job at the moment, although he has Christian Hackenberg and Bryce Petty right behind him competing for that starting gig. No matter who is throwing the ball, the Jets receivers should have plenty of targets throughout the season, as they should be playing from behind the majority of the time.

Robby Anderson is now the unequivocal Jets wide receiver to own, but ArDarius Stewart deserves honorable mention. I would take Stewart in the first two rounds of the rookie draft, and between rounds nine and 12 in a full start-up or redraft.

Have an opinion? Let me know in the comments below.