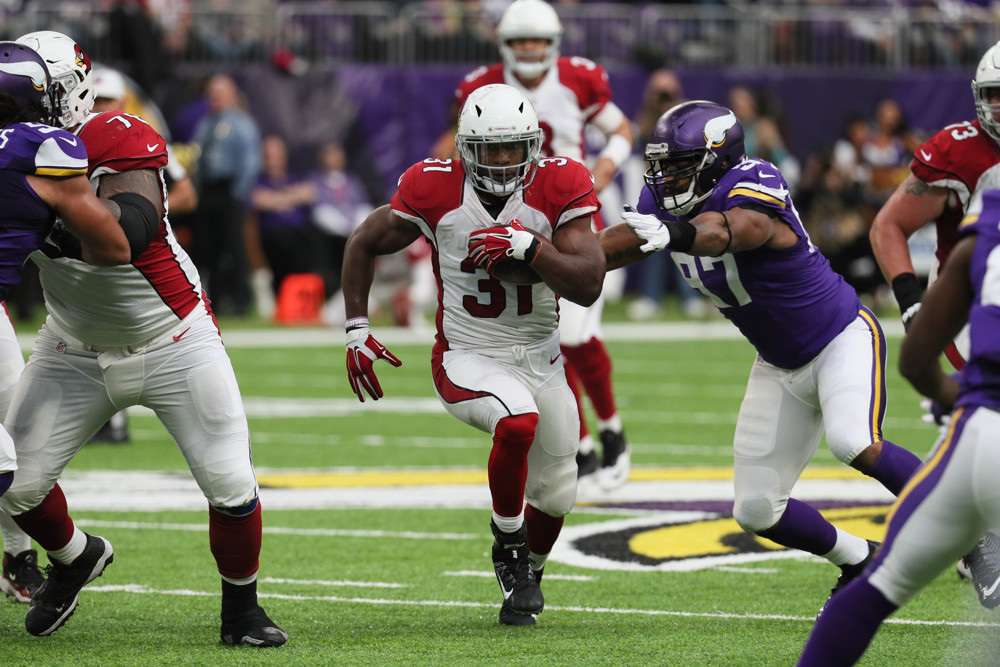 Fantasy football is officially here, folks. What better way to kick-off the year than with my first take on 2018 Fantasy Football rankings? I took the liberty of ranking the Top 250-plus players for the deepest of leagues. There are exactly 36 tight ends on this list for all of you who are in three-TE leagues. We are talking PPR Rankings today which gives players like Giovani Bernard RB2 appeal when in Standard leagues he is a questionable flex-play. There are 42 wide receivers and 39 running backs in the Top 100 and that where we’ll focus the analysis today.

The full rankings are a bit further down the page if that’s all you’re after, but we’ll discuss the top 100 a little more indepth.

My PPR rankings are based on draft principles I follow every season: Wait on a quarterback and tight end, and I am usually drafting three stud wide receivers in my first four picks. Being able to slot in a Mike Evans or AJ Green (for instance) as my WR2 has always worked for me.

This year the running back is king according to ADP. Ten of the first 13 players off the board are running backs. You will notice that my rankings do not reflect that. Bell-cow running backs are valuable and advantageous to roster, there is no question about that. However, there are running backs that will break out in 2018 that may not even be on this Top 300 list. In other words, be patient and do not draft running backs just because you think it is the thing to do.

Because of how the ADP is shaking out, first-round quality wide receivers like Julio Jones and Keenan Allen are going in the second round, and second-round quality running backs like Devonta Freeman are falling to the third round.

Without further ado, let’s get to the 2018 Top 250 PPR Rankings for Fantasy football.

The first tier of running backs includes Le’Veon Bell, David Johnson, Todd Gurley, and Ezekiel Elliott. In PPR the first three have to be considered ahead of Elliott every time. They are all 60-plus catch candidates and Elliott has never had more than 39 targets. However, he is a dominant runner and touchdown scorer which makes him elite in Fantasy football.

I believe that David Johnson should be more often considered as the first pick in Fantasy. His 2016 season was silly with 1,236 rushing yards and 16 touchdowns with 80 receptions for 879 yards and four scores. Johnson’s wrist injury in Week 1 of 2017 should not be factored into his draft stock. He has been vocal about trying to achieve 1,000 yards in both rushing and receiving in 2018 and he certainly could.

All of the players mentioned above have a case made for the number one overall pick. Antonio Brown is in that discussion as well. While he is number four on this list, he could still be drafted as the number one pick because of his safe floor and consistency as one of the most elite wide receivers the game has seen. Odell Beckham is someone who I am looking at as completely undervalued this season. He not only is being pushed down to the bottom of the first round in drafts, but he is almost unanimously being drafted behind Deandre Hopkins. I have him ranked ahead of Hopkins (although it could just as easily be flipped) because I feel that they could see an equal number of targets in 2018. OBJ had 169 targets in 2016 for 101 yards, 1,367 yards and 10 touchdowns compared to Hopkins 174 targets 1,378 yards and 13 touchdowns last season. Beckham is a great value at his 1.11 ADP as he is my WR2 overall in 2018.

Larry Fitzgerald has had 100 catches in three straight years. He has finished as the WR7, WR9, and WR5 in each of those seasons respectively. Fitzgerald is currently being drafted as the WR15 late in the third round and represents a tremendous value. He is my WR10 and I know that I can wait until the third or fourth round to get a WR1.

This is why it’s helpful to not only analyze others rankings but to do your own and also compare to ADP data! There is great value at wide receiver in rounds three through five. Demaryius Thomas is going off the board at the end of the fourth round as the WR19. I have him as the WR14 and that could move up. Thomas is a proven Fantasy asset and Josh Gordon, Tyreek Hill, and Juju Smith-Schuster are being taken ahead of him.

This is the area of the Top 100 players where I see value at the running back position. Royce Freeman seems to have stepped into a perfect role for Fantasy. C.J. Anderson had 1,007 yards on 245 carries last season. I see this kind of workload for Freeman in 2018. I think that Booker will be used as a change-of-pace back as he has not been able to capitalize when given the opportunity. I am viewing Freeman as similar to Kareem Hunt last season because I believe he will get the volume to be at least an RB2 in Fantasy.

Derek Henry is getting a lot of hate this season. People loved him before he had a clear role in the Titans offense and now he does and they have turned their backs completely. It does not quite make sense but this is a great opportunity for those who still believe in Henry. While he will not catch many passes, he has touchdown upside that is being unappreciated. I have Henry as an RB2 next season, not only because of the volume he will get, but also the potential for scores inside the red zone. In 2016 Demarco Murray scored 12 total touchdowns for the Titans and was used often inside the 10. That role is now Henry’s and the Titans offense should be better than last year.

Will rookie running back Royce Freeman bring balance to the #Broncos offense?

Andrew Luck has become such an enigma in Fantasy Football. He is almost a mythical figure as this looney character who throws 40 touchdowns and reads 100 books in a season. If you say his name three times he will appear in colonial gear trying to flee from the British.

Yet, Luck is projected to be healthy and ready to go this season after missing all of 2017. Simply put, he is in the discussion as a Top 5 quarterback as he has been in the past. He is my QB6 and he is being drafted as the QB13. Luck in the 10th round screams value in 2018.

Trey Burton has not picked up much traction in regards to his draft stock. He is still being taken behind Delanie Walker and Kyle Rudolph and I believe he will finish ahead of them. Anytime a tight end is going to line up often in the slot, he is an advantage to Fantasy teams. We saw last season in a small sample size what Burton can do as a touchdown threat and field stretcher at the tight end position. He will be heavily utilized in the Bears offense and over 100 targets is in the range of outcomes. I have him as my TE6 overall.

All three Packers running backs fall in this range. I think that Ty Montgomery has stand-alone value as a pass catcher. The Packers trusted him with volume last season when he was healthy and they may be inclined to do so again. I have him ranked ahead of Jamaal Williams in PPR Rankings even though I do feel Williams is the better running back.

Aaron Jones is behind both in my PPR rankings but could easily finish ahead of the other two. His upside his higher as he is the more explosive of the three backs. These backs have obvious Fantasy appeal and should be targeted in drafts, but Montgomery is the safer of the three as he will line up at wide receiver as well which adds to his opportunity in Fantasy.

Ready to kick off your Fantasy Football season? Head on over to Fantrax and start or join a league today!

Fire & Ice: I’m On The Highway To Snell