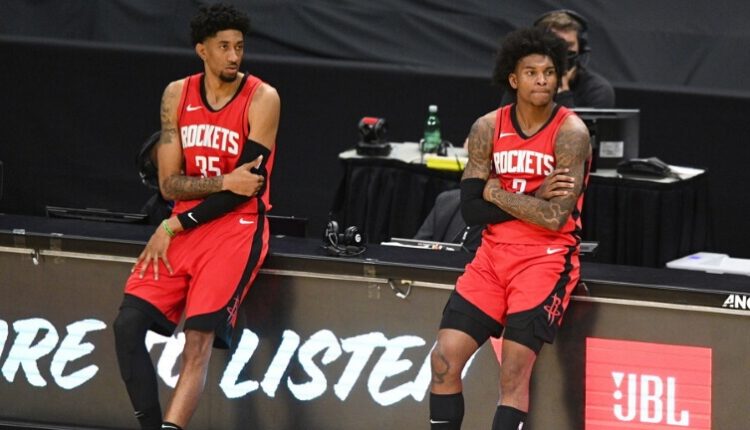 As we head into the final two weeks of the NBA regular season, playing time becomes a bit less predictable, and injuries are treated a bit differently. We know that teams fighting for a playoff berth will obviously give their starters heavy minutes down the stretch. Teams that are either locked into the playoffs or are no longer in contention however, might be inclined to rest their key guys for a variety of reasons.

Due to this inclination for rest, or load management, there are a number of players who will trend up over these last bunch of games, as they will be thrust into major minutes as star players ride the bench. Additionally, any minor injuries could mean the end of a player’s regular season, as teams will want their players healthy for the playoffs, or for next season. This makes for a very interesting fantasy postseason, so let’s take a look at which players are most likely to benefit during this crazy time.

Following one of his best games of the season, in which he posted 27 points to go with 13 assists, the Rockets announced that John Wall would be shut down for the remainder of the season. Citing a hamstring injury as their reasoning, everyone mildly aware of the situation knows that Wall is being benched because the team wants to see more of their young talent. With Houston long gone from playoff contention, it makes sense for them to see what they have talent-wise as they look toward the future of the franchise.

With the Rockets throwing in the towel for the rest of the season, Kevin Porter Jr. is being let loose. The 20-year-old former first-round pick has proven more than capable of putting up some huge numbers when he gets the opportunity, and that is exactly what he has here. Porter has topped 18 points in five of his last ten games, and he also surpassed 13 assists in two of those. While his field goal percentage will be ugly more often than not (he shot worse than 31% in four of his last eight games), his ability to rack up counting stats is rare. With the Rockets seemingly ready to give him as many minutes as he can handle barring an injury, Porter could provide elite production in these final two weeks of the season.

Similar to Porter, Armoni Brooks could be looking at a ton of minutes down the stretch due to the “injury” to John Wall. The rookie played a career-high 43 minutes on Saturday, scoring 12 points along with 7 boards, 5 assists, and 3 triples. In his very limited time in the NBA thus far, Brooks has proven he can knock down shots from beyond the arc, with 21 made threes across an eight-game span. He also crashes the boards well for his size and position, grabbing 33 rebounds in his most recent six-game period, minus his dud on Tuesday. While he won’t be the focal point on offense, he should get more than enough minutes to contribute in threes, rebounds, and assists.

De’Aaron Fox is expected to miss at least the next 10-14 days due to health and safety protocols. This likely means that Fox tested positive for COVID-19, meaning that his absence could potentially be longer than this. And with the Kings on the verge of being eliminated from playoff contention, now six games out with only ten games remaining, it is certainly a possibility that Fox will simply be shut down for the final few games even if he is ready to return.

Harrison Barnes missed last night’s game due to left adductor tightness. The injury is not believed to be serious, and he could be ready to rejoin the team in a few games. As stated previously, however, the Kings could be extra cautious with Barnes, as they are nearing elimination from playoff contention. Barnes was on a roll leading up to the injury, averaging 21.6 points, 6.4 rebounds, and 3.8 threes across his last five games, shooting 50% or better in each of them.

After struggling to find consistent playing time for the better part of three NBA seasons, Chimezie Metu seems to have finally found his chance as we near the end of the regular season. Metu played a career-high 33 minutes in a blowout loss to the Jazz last night. Metu earned these minutes by scoring a career-high 16 points last week and then following that game up with 10 points while going perfect from the field in that one.

Metu has put up ridiculous per-36 minute stats this season, scoring 18.3 points with 9.0 rebounds, 1.1 steals, and 1.9 blocks. While he almost definitely will not put up these numbers with any sort of consistency down the stretch, he has shown the potential to score efficiently with a lot of rebounds and strong defensive stats if he gets the minutes. Now with the combination of these injuries, his team almost out of contention, and having just signed a new three-year contract, the minutes should be there over these final games.

Since coming over to Sacramento midway through the season, Delon Wright has not been quite as productive as he was with the Pistons, where he got more playing time and a larger role on offense. With these injuries to Fox and Barnes however, both the minutes and playmaking opportunities should increase for the former first-round pick. Wright is a great defender who can pick up steals with ease, collecting multiple thefts five times in his last nine games, despite not seeing 28 or more minutes once during that stretch.

He is also capable of across-the-board production, averaging 12.9 points, 5.5 rebounds, and 5.6 assists per-36 minutes this season. Wright has also posted 3 triple-doubles in his career and could go off for a huge game at any time. Given the abundance of injuries, Wright seems locked into the sixth man role for now, which should give him more than enough minutes to make a strong impact on the court and in the box score.

After exploding for 22 or more points in three of his last four games, Derrick White suffered a sprained right ankle in Monday night’s game against the Wizards. It’s a tough injury for White, who is now expected to miss the remainder of the regular season as he attempts to get back to full health before the Spurs likely participate in the play-in games for the 7-10 seeds in the west.

Drawing the start and playing 25 minutes last night, Devin Vassell reached double-digits scoring for just the third time since February 8th. He scored 11 points, knocking down a pair of triples to go along with 2 boards, an assist, and a block. Selected with the 11th overall pick in this past year’s NBA draft, Vassell has an extremely high ceiling and could be capable of some big performances down the stretch if he can finally get into a rhythm with more consistent playing time. And at 39.1% from beyond the arc, Vassell can be a very valuable source of threes if he gets hot over these last couple weeks.

After returning from a one-game absence due to a sprained toe, Steven Adams re-injured himself in last night’s game against the Nuggets, forcing him to leave the contest after playing just 13 minutes. Given the fact that he seemingly attempted to return from the injury too quickly the first time, it seems very likely that he will sit out tonight’s game against the Thunder, and possibly more games beyond that.

With Steven Adams likely to sit out the next couple games, Willy Hernangomez should step into the starting lineup in his place. Hernangomez has been terrific in expanded minutes this season, averaging 10.2 points and 10.1 rebounds when he plays 20 or more minutes. In 31 minutes on Monday night when Adams sat out, Hernangomez delivered with 12 points, 10 rebounds, 3 steals, and a block. This type of production can be fully expected from the 26-year-old for as long as Adams is out and he is in the starting lineup with minutes in the mid-20s or higher.