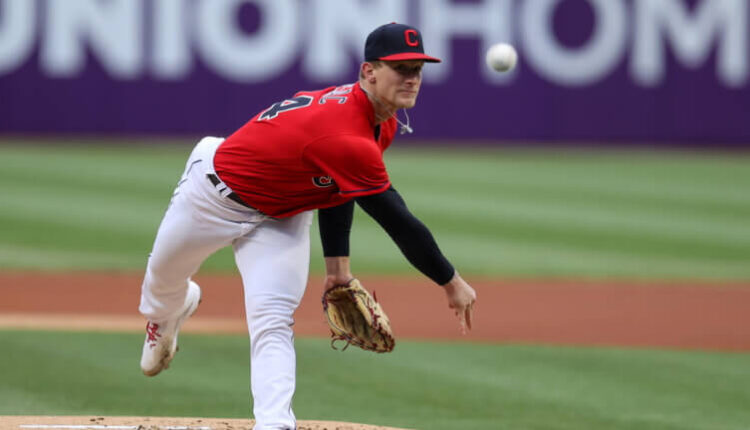 While we receive more and more data on players, it’s time to dig a little deeper on the early surprises of the 2021 MLB season. If you missed the previous Buy or Sell articles, you can find them here. Instead of analyzing several players this week, I attempted to figure out what’s going on with Zach Plesac and veteran Charlie Blackmon. Plesac held an NFBC ADP inside the top-100, meaning fantasy managers likely need to plug him into their active lineup unless they have a ton of starting pitcher depth, especially in 15-team leagues. In the offseason, Plesac seemed like one of the most polarizing pitchers after an unreal 2020 season.

With Charlie Blackmon, he’s one of the most consistent hitters in all of baseball with a .302 batting average in over 4,800 plate appearances. However, he’s off to an ice-cold start so far. Blackmon also came into the draft season as a top-100 pick near Jose Altuve, Paul Goldschmidt, and Jeff McNeil. We’ll dig into the surface and underlying metrics to figure out if we should buy or sell these cold starts for Zach Plesac and Charlie Blackmon.

Again, we know that 2021 involves a small sample of 26.1 innings, but his ERA inflated to 5.81 and his WHIP spiked to 1.18. However, Plesac’s BABIP allowed went up to .328 before his recent start against the Twins. After Plesac’s most recent start, it dropped down to .286 after never previously eclipsing .255 in his brief major league career. Even his current 55.1% LOB% indicates that he’s not stranding many runners, which makes sense given his high ERA. Assuming his BABIP and LOB% even out, Plesac’s ratios should lower as well.

When looking at overall plate discipline, Plesac’s 11.4% swinging-strike rate dropped 3% from 2020 and his chase rate also dropped 3% with a 33.8% O-Swing%. Plesac is also giving up more zone contact and contact overall evidenced by his 86.9% Z-Contact% and 77.9% Contact% compared to an 82.8% Z-Contact% and 72.9% Contact% in 2020. Hitters making more contact and quality contact would contribute to a higher BABIP, again, nothing too unusual here.

Let’s dig a little deeper into Zach Plesac’s pitch by pitch data to see if and what results changed. So far, the velocity on his four-seamer looks about the same when comparing 2020 and 2021.

We notice that all of Plesac’s pitches have resulted in lower swinging-strike rates and whiff rates. Even the wOBA allowed on all pitches spiked up, but the wOBA on his slider and changeup looked a bit unsustainable and due for regression. These numbers could even out somewhere in between since these current metrics look a bit like the worst-case scenario.

In the past week, I noticed Plesac’s slider lost about five inches of vertical movement from 2020 to 2021, meaning it’s not dropping as much. Having more vertical movement on his slider could lead to more whiffs. Last season, Plesac’s slider finished with a -9 Run Value and so far, it has a -5 Run Value on Baseball Savant. Meanwhile, his changeup went from a -6 Run Value in 2020 to a -1 Run Value in 2021. Those Run Values give us a brief indication that all his pitches, particularly the slider and changeup aren’t as effective so far.

Putting Pitches Too Much In the Zone

Although I could’ve added these stats below all into one table, let’s break it up a bit. It seems that Zach Plesac is throwing all of his pitches in the zone more than we’d like. In return, hitters are making more zone contact and contact overall on each pitch except for the four-seamer. This all makes sense in noticing the put-away rates dropped on all of his pitches. He’s also allowing harder contact to start the season. Most notably, Plesac’s zone, contact and put away rates on the slider and changeup look worrisome, especially with lowered whiff rates on the slider and changeup.

After several of the surface and underlying metrics fell in Zach Plesac’s favor in 2020, it moved in the opposite direction to start 2021. Not just one or two metrics, but almost all of them. That’s not great. However, we’re dealing with such a small sample of innings and pitches that Plesac could turn it around with some adjustments. One adjustment that stands out includes avoiding (easier said than done) so much contact, particularly inside of the zone, which in turn could potentially lead to a higher chase rate and whiff rates.

Secondly, Plesac could benefit from throwing his pitches outside of the zone more in hopes of hitters chasing more even if it comes at the expense of a slightly higher walk rate.

In redraft and dynasty leagues, Plesac’s value is likely at one of its lowest points. In trading leagues, look to acquire Plesac where you can. If it’s not clear already on whether to buy or sell Plesac’s rough start. I’m selling that this isn’t the real Plesac, and he can improve by throwing out of the zone.

It’s a gut feel, but I trust Plesac to make those adjustments, especially with the team pitching development. Think Shane Bieber, but to a lesser extent, where Plesac can increase the walk rate with a spike in his strikeout rate as well.

Update: On Monday, Zach Plesac went 7.2 innings while allowing five hits, three earned runs, and one walk with four strikeouts. The results looked decent with increased velocity on all of his pitches. We like the high CSW% on his changeup and curveball with decent whiff rates on all pitches outside of his four-seamer.

At 34 years old, Charlie Blackmon can reminisce about the massive offensive production from 2016 to 2019. During those four seasons, Blackmon averaged over 31 home runs and 11 steals with a .315 batting average. In 2020, Blackmon provided his typically high .303 batting average with six home runs, 31 runs, 42 RBI, and two steals. Through 77 plate appearances, it’s safe to say Blackmon isn’t blazing hot given his .169 batting average and one home run.

Charlie Blackmon’s walk rate jumped to 13% in 2021 compared to a career 6.8% walk rate. His strikeout rate remains in line with his career numbers, so that’s a positive sign as we look at the surface numbers. When we dig a little deeper, once again, Blackmon’s plate discipline metrics look similar to previous seasons. So far, Blackmon lowered his chase rate to 26.2% while also making a healthy amount of zone contact (88.6%) and overall contact (82.1%). All of this falls in line with his higher walk rate and similar strikeout rate.

In terms of batted ball data, two areas stand out for Charlie Blackmon – his increased ground ball rate (49.1%) and raised pull rate (54.7%). Both numbers look like outliers in comparison to Blackmon’s career 40.1% ground ball rate and 41.9% pull rate. Even when looking at his hard-hit metrics on Baseball Savant, he’s barreling up the ball while also hitting it hard. Sure, Blackmon isn’t typically a hitter that lights up the exit velocities and barrel rates, but it’s a small positive sign.

Even when we look at Charlie Blackmon’s wOBA and xwOBA, we notice discrepancies that should even out over more plate appearances. I expect Blackmon to turn it around and produce as he typically would even if it means fewer steals. Blackmon could provide a healthy amount of counting stats with a relatively high batting average. However, if the batting average doesn’t improve soon, the BAT X shows a safe rest of season projection of a .273 batting average with 16 home runs, 64 runs, 62 RBI, and five steals.

Should we buy or sell Charlie Blackmon’s ice-cold start to the season? I’m not buying that this is the end of Blackmon, but rather I expect a bounceback in the coming weeks and months. However, we shouldn’t expect the 100 runs with 80 or so RBI because the Rockies offense may not produce as well without Nolan Arenado. Also, the pitching for the Padres and Dodgers doesn’t make it easy on hitters either. Overall, Blackmon should provide four-category production throughout the rest of the season.