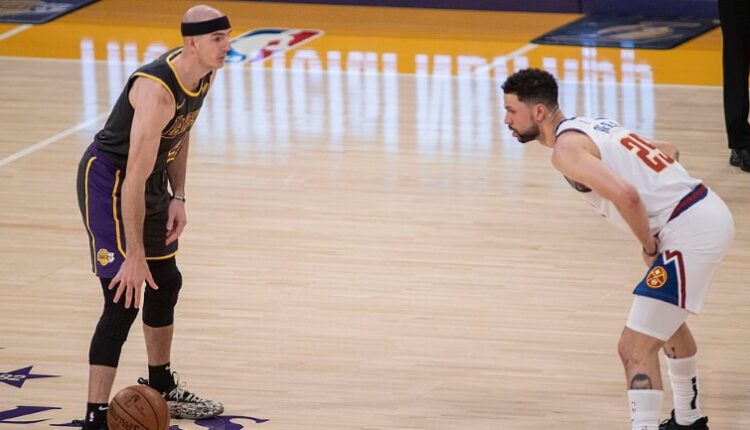 Only a week and a half remain in the NBA regular season, and that time is even less for fantasy basketball. For most leagues, we are down to the final weekend of the season. And with so little time remaining, every injury or absence in these final few days could be the difference between winning and losing the championship. This is why it is ever-so-important to play the waiver wire in this last stretch. For every injury, rest day, or other absence in these last few days, there is at least one player on the team who is going to step into those vacated minutes. Adding and possibly starting these players could be the key to winning a fantasy title this year. So let’s take a look at a handful of players likely to miss some of these final games due to injury, and those most likely to benefit from their absences.

As the season comes to an end, the Houston Rockets are absolutely decimated by injuries. In last night’s game against the 76ers, Houston relied on a seven-man rotation; that is until Kevin Porter Jr. rolled his left ankle in the middle of the game. That left the rockets with six guys, and it is entirely possible that this is the rotation they will be playing with over the next few days. All six of these guys will see as many minutes they can handle out of sheer necessity, so they could all provide some terrific value.

In addition to Armoni Brooks, who I discussed last week, Avery Bradley seems to be the last man standing in the Houston Rockets backcourt. With so few available players on the roster due to injuries, Bradley should see as many minutes as he can handle as the team’s starting shooting guard. The veteran hasn’t done a whole lot in limited minutes this season, but he has averaged more than one made three per game each of the past eight seasons, including 1.3 per game this year. He also has seven seasons in which he put up more than a steal per game, so he should be a solid source of threes and steals with the possibility of approaching 40 minutes now. Bradley is also just two years removed from averaging over 15 points per game, so he is certainly capable of scoring if needed. And if you couldn’t yet tell, that scoring will be very much needed.

Perhaps one of the last players you’d expect to be making an impact during the week of so many fantasy championship matchups, Anthony Lamb broke out for 22 points, 5 boards, 2 assists, a steal, and 4 threes in 36 minutes last night. The undrafted rookie out of Vermont has had very few opportunities to show his skills this season, but he dropped 21 points on April 24th, and will likely now see close to 40 minutes for the Rockets. Lamb is a very skilled offensive player who could potentially lead the team in scoring over the next few games while the majority of Houston’s key rotation players remain sidelined. Lamb might only be playing now due to the surplus of injuries, but he could be looking at a larger role next season if he is able to prove himself here.

Similar to the rest of these guys, injuries have paved the way for Kenyon Martin Jr. to see major minutes of late. Martin has taken full advantage of the opportunity, likely having the best game of his career last night. The rookie put up 23 points on 10-of-17 from the floor to go along with 10 rebounds, 6 assists, 2 blocks, and a pair of threes. Martin has scored in double figures in five of his last six games, while also swatting at least one shot in eight of his past nine. With the  potential to produce both offensively and defensively, Martin should be a very valuable asset in fantasy down the stretch.

The only player left on Houston who saw substantial minutes before the team was ravaged by injuries, Kelly Olynyk is in a prime situation to do whatever he wants when he touches the ball. With a lot of the offense running through the big man of late, Olynyk has averaged 18.7 points and 9.4 rebounds per game across the last two weeks, chipping in 4.6 assists, 2 steals, and 1.4 threes. Last night, the former Gonzaga star exploded for 27 points, 11 rebounds, 8 assists, a steal, 3 blocks, and 3 triples. Now the only Rocket left who stands above 6’7″, Olynyk will be on the court nearly the entire game, and he is more than capable of repeating this type of performance.

The Rockets are not the only team severely struggling with injuries as the season winds down. The Orlando Magic also have several key players injured, with coach Steve Clifford saying that the season is likely over for many of them with nothing left to play for besides player development. Completely out of the running for the postseason, Clifford said these last handful of games are about “getting better, making progress,” so there is no reason to rush anyone back from an injury. As a result, a number of players are primed for a major boost in minutes as we finish the season.

Now just five games into his tenure with the Magic, Wagner is already starting to make an impact on both sides of the ball. He has scored 18 points per game across his last three contests, adding 4.3 boards, 2.7 threes, and a block per game. After playing well in the starting lineup, Wagner is likely to stay there over the next few games as Orlando tries to determine exactly what they have in the talented big man. Assuming he will now see over 30 minutes a night, Wagner is a legitimate threat to keep putting up 20 point games, after doing it in two of his last three.

Since coming over to the Magic as part of the Aaron Gordon trade, R.J. Hampton has shown several flashes of greatness. And as the team injuries have piled up, leading to more minutes for the young point guard, he has begun to look better and better each night. Seeing at least 30 minutes in each of his last three games, Hampton scored 16 or more in all of them, recording a double-double in each of his last two. Most impressive is the fact that one of those double-doubles came by way of points and rebounds, while the other came from points and assists. Averaging 17.3 points, 8 rebounds, 6.7 assists, a steal, a block, and 1.3 threes per game in his last three, Hampton is showing an uncanny ability to stuff the whole stat sheet. He is a fantasy basketball player’s dream when he sees enough minutes and opportunity, and now he is finally getting it.

Despite being the sixth overall draft pick in 2018, Mo Bamba has seen very limited minutes in each of his first three NBA seasons. Now out of necessity due to injuries, Bamba has gotten his chance at 30 minutes, and he has taken advantage of it. Replacing Wendell Carter Jr. in the lineup due to an eye injury, Bamba has recorded a pair of monster double-doubles. The big man scored 22 points with 15 rebounds and a block on Monday, before exploding for 19 points, 15 boards, 3 steals, and 4 blocks last night against the Celtics. While Carter is the one injured player on Orlando with a decent chance of returning any day now, Bamba has surely earned some more minutes, and he could still have a huge impact in the box score as long as he sees at least 20 minutes per night.

Similar to the Rockets and Magic, The Los Angeles Lakers are dealing with a multitude of injuries to key rotation players. Unlike the Rockets and Magic, however, the Lakers are very much in the playoff picture and are desperately trying to get their guys back in the lineup. Currently, very close to the 7 seed, they would very much like to avoid the play-in games at all cost. Until their star players are ready to return, however, a number of role players will need to step up in their absences.

With LeBron James and Dennis Schroder out, Alex Caruso has stepped into the starting point guard role for a Lakers team searching for offense without their top backcourt options available. Caruso had a nice game across the board, scoring 11 points with 5 rebounds, 3 assists, a steal, a block, and two triples. The fan-favorite is more than capable of producing at this level with his minutes likely to be in the mid-20s or higher, and he could be a major asset for threes and steals. With three games in the next four days, Caruso could provide a lot of value for fantasy teams in these final few days of the week.

Just like Caruso, Ben McLemore is likely to see a nice uptick in minutes with so many guys sitting out with injuries. The eight-year veteran doesn’t do a whole lot beyond scoring, but he is an elite option for three-pointers, especially when given as many minutes as he is likely to see over the next few games. McLemore has knocked down 4 or more triples in three of his last six games, despite playing more than 23 minutes just once in that span. If he sees minutes in the mid-20s or better over the next few games, he could potentially put up Curry-type numbers from beyond the arc if he gets his shot going.

After not playing at all in more than half of the Lakers’ recent games, Marc Gasol finally saw the court for 17 minutes, partially due to Kyle Kuzma advocating for the veteran to play more. Gasol was exactly what the team needed, providing strong defense, leadership, and greatly enhancing the team’s offensive flow. The big man scored 10 points with 7 rebounds, 2 assists, a block, and three triples on 3-of-4 shooting. Without LeBron, Schroder, and others to lead the charge on offense, it is even more important for the Lakers to move the ball and space the floor with only Anthony Davis remaining as a top-scoring threat. This means they need to play Gasol more minutes if they are to get back on track (lost six of their last eight games). Assuming coach Frank Vogel is smart enough to realize that the Lakers looked like an entirely different, and much better, team with Gasol on the floor, he should see enough minutes to produce a full stat line.