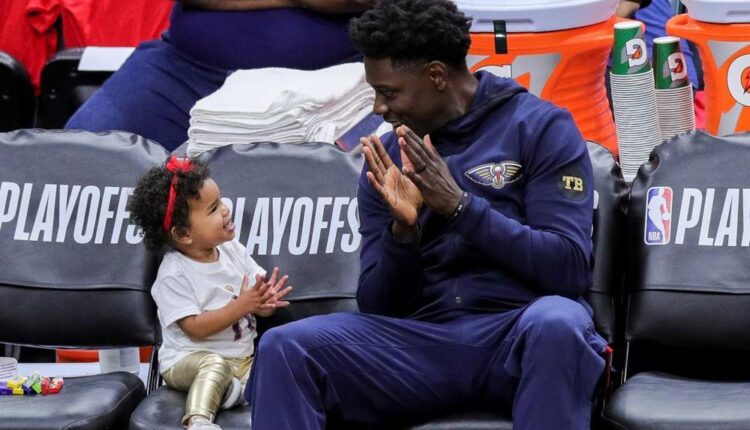 Wednesday’s article went really well with Kevin Love as our highlight player and everyone else performed except an injured Marc Gasol. That’s something you can’t predict but we’re going to go ahead and bank on all of the injuries in Toronto for this article. With that in mind, let’s get into our 12/20 NBA DFS plays!

This is one of the easiest plays of the day. With Pascal Siakam, Marc Gasol, Fred VanVleet, and Norman Powell all injured, this should be Lowry’s show. If you take all those players out of the lineup, Lowry leads the team with a 37.2 percent usage rate while averaging 1.65 DK points per minute. He comes into this matchup rolling too, scoring at least 37 DK points in three-straight while averaging 46 fantasy points per game in that span. Not to mention, he gets to face a Washington club who sits dead-last in points allowed and defensive efficiency. I’d use Lowry against anyone in this situation and getting to face the Wizards is just beautiful.

This is another guy who’s capitalizing off of injury, starting in the absence of Luka Doncic. In the three games since the ankle roll, Brunson has scored at least 35 DK points in all of them, playing at least 31 minutes in all three. That’s an incredible floor from a player in the $6,000-ramge and he should continue to see a huge role with Doncic’s 30 points, 10 rebounds, and 10 assists out of the lineup.

We’re going to go expensive at shooting guard and provide you with some value plays later on. Let’s start off with Holiday, as we absolutely love his matchup here. Not only does Golden State rank 26th in defensive efficiency, they also own a 23rd OPRK against opposing shooting guards this season. He showed that in his one game against the Warriors, collecting 22 points, eight rebounds, and nine assists in one of his best performances of the year. That’s big news for a consistency monster like this, with Holiday scoring at least 29 DraftKings points in 25 of his 27 games this season while averaging over 40 fantasy points per game.

This is the game we want to exploit for DFS purposes. The reason for that is because both of these clubs sit bottom-five in defensive efficiency. That has us looking at a 5.5-point spread and 234-point total, indicating that we should get a close, high-scoring game. That’s stellar for the Warriors best player, with Russell leading the team with a 33 percent usage rate. That has led to some serious blow-ups throughout the year which included a 24-point, seven-rebound, and eight-assist gem against the Pelicans in their one meeting. That’s really no surprise when you see that they surrender the most fantasy points in the league to opposing guards.

This price is too cheap for someone of Warren’s ability. We’re talking about a guy who’s scored at least 23 DK points in 14 of his last 15 games while scoring at least 29 DraftKings points in all but three of those. That’s essentially a 6X floor and he might see even more shots and usage with Jeremy Lamb expected to miss this game. Getting to face Sacramento is only a bonus, with the Kings sitting 17th in defensive efficiency.

I stated on Wednesday that Jones would be in every article until he reaches $5,000, so let’s go right back to the well. This dude is an absolute energy monster off the bench and it’s bizarre these DFS sites haven’t taken notice of his breakout. Not only has he scored at least 23 DK points in five-straight games, but Jones is also averaging about 30 minutes a game in that span. We adore that role and production against a team like the Knicks, with New York sitting 25th in defensive rating.

Favors has had injury problems and family issues all season long and it’s kept his price tag way too low. When he’s been on the floor, he’s been an absolute beast. In fact, Favors is averaging 23.2 DK points per game across just 20 minutes of action. That equates to nearly 1.2 DK points per minute which would be 30 fantasy points if he plays the 25 minutes that we anticipate. That’s all you can hope for from someone in this price range and he’s actually shown 50-point upside at times this season. All of that makes him very intriguing against the Warriors, with Golden State ranked 26th in defensive rating.

My first inclination was to go with Serge Ibaka but his $7,400 price tag is a little lofty for my liking. While this is kind of a shot in the dark, Boucher should be looking at 20-25 minutes of action with all of these injuries for the Raptors. If we can get that from a player who’s averaging 12.9 DK points across 11.2 minutes this season, we could be looking at 30 fantasy points. If you’re unaware, 30 DK points would be 9X value at this price tag and that’s almost impossible to find. We can’t overlook the brilliant matchup either, with the Wizards sitting at the bottom of every defensive metric.

While facing Boston is a tough task for most players, it should be a treat for a big man like Drummond. The reason for that is because this is one of the most undersized teams in basketball, playing guys like Enes Kanter and Daniel Theis at center. That’s horrific news against a dude like Drummond, who should clean up the glass in a situation like this. We’re already talking about a guy who’s averaging 17.8 points, 16.7 rebounds, 1.8 blocks, and 1.7 steals per game and a 20-rebound game seems like a good bet here.

I really don’t understand these price tags for Vooch. A lot of it probably has to do with him just returning from injury but that’s still no excuse for the $1,000 discount. He’s actually averaging over 40 DK points for the second-straight season and he crept pretty close to a five-figure price tag at times last season. The reason we love him today is because of the matchup, facing a Portland club who sits 22nd in points allowed and 20th in defensive efficiency. If you take out the game he got injured, Vucevic is averaging over 45 DraftKings points per game across his last nine fixtures, if you needed any more incentive.