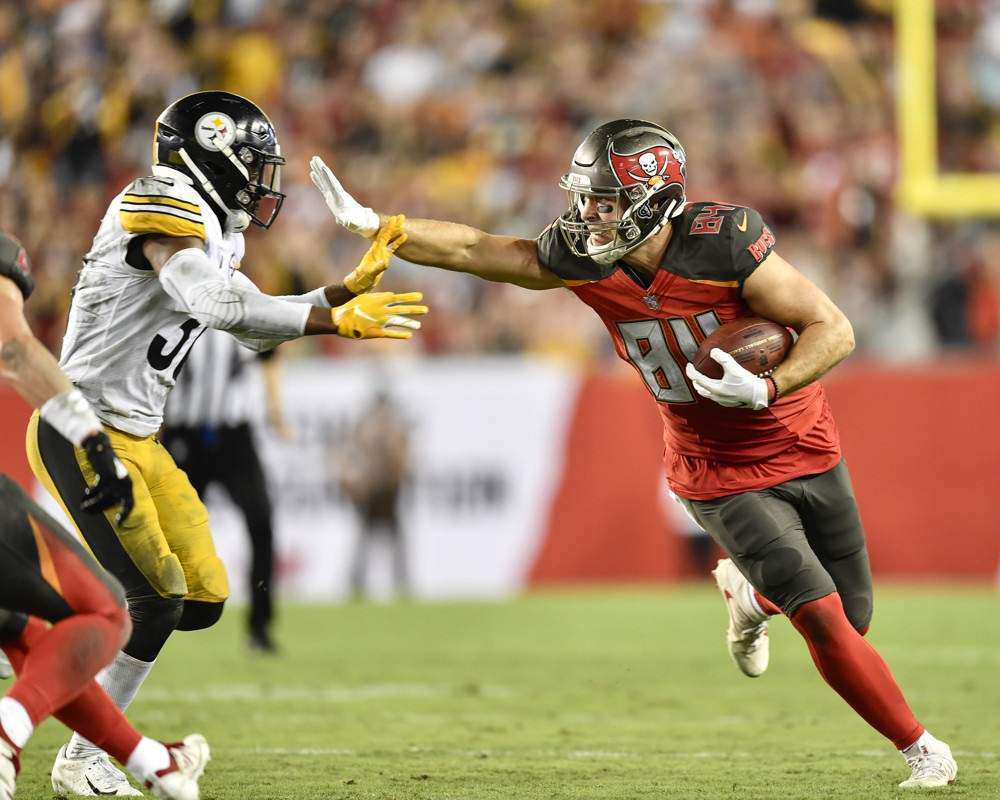 We made it! It is Week 16 and that signifies the Championship Round for many of us. Whether you are playing for prize money or simple pride, avoiding pitfalls and maximizing value is what it is all about. That is especially true this week. You do not want to have all of your hard work go by the wayside because of a poor performance by a player in a bad matchup. This column is designed to highlight a few players at each position who I expect to exceed (or fall short of) weekly expectations. Below are my unofficially official Week 16 sleepers and busts.

I say “unofficially official” because even though this column will be published Friday morning, there is still a lot that can happen between then and kickoff. There are still several injury situations to monitor. You never know what the weekend will bring, so please keep up with the latest news before setting your lineups. My weekly rankings for standard, PPR, and half-PPR formats can be found here, and I will continue to tweak through Sunday. You can always comment below or on Twitter with any specific inquiries you have regarding your teams. Now go secure the bag and take home that trophy!

Looking for more playoff reinforcements? Check out our Championship Week Waiver Wire to see which players you should be targeting to seal the deal on the 2019 Fantasy Football season.

Much of the focus in fantasy circles this season has been about Dalvin Cook, but Kirk Cousins has played well for the Minnesota Vikings. Cousins enters Week 16 the overall QB11 in fantasy despite being without the services of Adam Thielen for half the year. Thielen is back while Cook and fellow running back Alexander Mattison are likely out. Minnesota still has a shot at winning the division if they can defeat Green Bay on Monday night. Who do you suppose they will trust with that task? I’m guessing they will choose the quarterback they inked to a three year, $84-million contract over an undrafted third-string running back with 32 career rushing attempts. Cousins will have plenty of opportunities to make plays on Monday night. He averages 9.6 yards per attempt at home and could be in line for a big day with a likely bump in volume.

Besides, who doesn’t want a little championship drama heading into Monday night? The hashtag #MondayNightMiracle has been popular on Twitter, with stories of crazy fantasy comebacks each week. Don’t you want to add your own dramatic comeback victory to the list when you snatch your league’s championship from the jaws of defeat? Well, who better to count on than Kirk Cousins? Cousins himself burst onto the national scene with his own comeback victory in 2015 against Tampa Bay. I would argue that he is the perfect vessel from which to create your own comeback story. And when all is said and done, you can proudly and unabashedly send this clip to your fallen opponent.

On the other side of the field Monday night is Aaron Rodgers. For as great as Rodgers has been throughout his career, he has often underwhelmed in fantasy in 2019. Rodgers has finished as a top-12 quarterback just five times this season. He has more weekly finishes outside the top 20 (eight) than inside the top 20 (seven). I do not think Rodgers is a must-start in Minnesota. The Vikings have allowed just three opposing signal-callers to finish as top-12 options this year. Only one of those instances has occurred in Minnesota, where the Vikings’ defense typically thrives. Rodgers may be an all-time great, but that does not mean he should be unilaterally trusted in fantasy this week. There are safer options on the board, and several with higher upside this week. I consider Aaron Rodgers to be a Week 16 bust.

If I am being perfectly honest, I cannot fault the consensus for their low ranking on Le’Veon Bell. Bell has not rushed for 100-plus yards this year and has scored just four touchdowns. But running backs who get 20 touches do not grow on trees, especially at this time of the year. Bell should be in for another large workload on Sunday against the Pittsburgh Steelers. Bell will not lack for motivation against his former club after several years of highly publicized contract disputes. Make no mistake – the matchup is not good at all. Pittsburgh’s defensive front has a decided advantage against the New York Jets’ offensive line. However, I believe that the volume alone will make Bell a low-end RB2 this week, even if he does not find his way into the end zone.

My relatively low ranking on Mike Boone is based on a couple of things. First, I do not think Boone is in line for the volume that most analysts seem to. Boone has 32 career touches in the NFL. He is not a player who is guaranteed a full-time workload, regardless of Minnesota’s injury situation.  Boone will likely be the lead back this week, but I also believe that Ameer Abdullah will be involved. I think the split between the two is closer than most and have Abdullah ranked several spots higher than the consensus. I also expect Minnesota to rely on their passing attack, which was bolstered by the return of Adam Thielen. Thielen and Stefon Diggs remain one of the league’s best one-two punch combinations at wide receiver. All told, I consider Boone to be a middling Flex option this week.

It is difficult to get excited about Dede Westbrook after last week. Westbrook found himself in a smash spot against Oakland and emerged with just two catches for 14 yards. However, he has been targeted plenty throughout the season. His four targets last week were the fewest in a game he has finished this year, and he still averages nearly seven a game. If he gets that type of target share this week, he should be able to take advantage. Westbrook will line up primarily against Kendall Sheffield. Of the 133 cornerbacks who have seen at least 20 percent of their team’s snaps, Sheffield ranks 122nd, per Pro Football Focus. The rookie has allowed a 69 percent catch rate. If Westbrook sees his normal volume, that would equate to five receptions. I’ll take that from my WR3 in a PPR league, though his upside is less than ideal.

T.Y. Hilton returned to the lineup last week, but his performance did little to inspire much confidence going forward. Hilton played on just 52 percent of snaps and had just 25 receiving yards against the Saints. Reports suggest that he made it through unscathed and that he should resume his full-time role this week. There are things to like about Hilton in this matchup. He has historically had pronounced home/road splits, and he figures to avoid shadow coverage from James Bradberry. Bradberry is a physical corner, meaning Hilton will most likely square off against Donte Jackson. However, I still believe the risk for re-injury is there, particularly on a short week. I also believe the Colts will commit to the running game against a Panthers defense that struggles in the trenches. Hilton carries a fair amount of risk this week, making him a dicey WR3 in my opinion.

Tampa Bay has been decimated by injuries to their receiving corps in recent weeks. Mike Evans, Chris Godwin, and Scotty Miller are all out with hamstring injuries. Brashad Perriman and Justin Watson figure to get most of the work outside. Despite the thin group, Tampa has the benefit of having two solid pass-catching tight ends. O.J. Howard and Cameron Brate should help pick up the slack for the departed wideouts. I expect them to rotate as inline tight ends and in the slot. Each has nine receptions out of the slot this year, and I think they will be heavily involved in the game plan. Howard is the more obvious play, but Brate has outscored Howard in fantasy this season. If you need a streamer and were unable to snag Tyler Higbee or Jacob Hollister in recent weeks, Brate could be a sneaky start in this matchup.

Life after Eric Ebron’s season-ending injury started well for Jack Doyle. He was the TE2 in Week 13 when he totaled six catches for 73 yards and a touchdown. However, he has yet to reach any of those thresholds in the two weeks since, even if you combine the two games. After posting back-to-back finishes outside the top 30, it is difficult to trust Doyle this week. The matchup does not help either. Carolina has allowed the second-fewest fantasy points to opposing tight ends this year. Doyle is in danger of putting up another dud, making him a Week 16 bust for me. I think there are plenty of other streaming options who offer more upside.

Like Doyle, Mike Gesicki has seen a solid target share in recent weeks. Gesicki has seen at least five targets in seven consecutive games. However, the results have been hit or miss. Of course, the same can be said about most tight ends in this range every week. I tend to focus on matchups when ranking this group of tight ends. The matchup for Gesicki leans a bit more towards the unfavorable side this week. Cincinnati has allowed the eighth-fewest fantasy points to tight ends this season. Overall, I do not mind using Gesicki depending on the circumstances. To be truthful, I was surprised I had him as low as I do. I do not dislike him. It just so happens that there are other tight ends I am higher on this week than Gesicki.