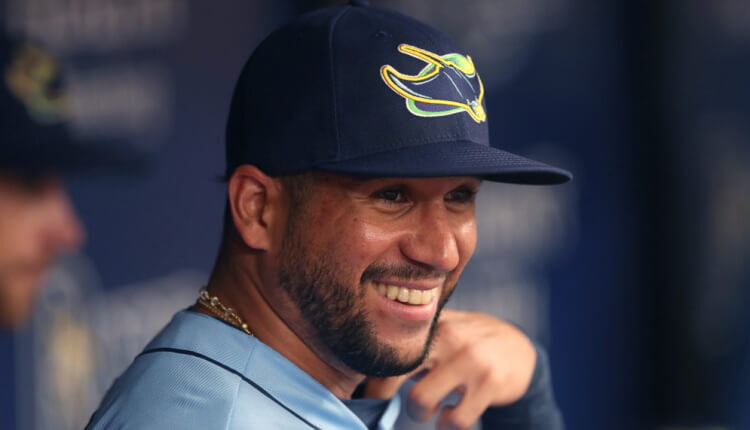 The MLB DFS Weekend Planner is here for the 2022 season! There’s absolutely nothing better than diving into the data, the matchups, and the ballparks to build some daily lineups. and we need to get it in while we can. There are less than eight weeks left in the regular season!

You can see, we have Dodger Stadium, Camden Yards, and American Family Field that all host elite hitting environments. Dodger Stadium hosts the new clash of the titans as the Dodgers face the new-look Padres as they head down the tracks towards a playoff matchup against each other. There are also plenty of pitching-friendly options over the weekend. More on that in the Ballparks section of this column.

Presently, the weather looks like it could be problematic in Baltimore on Friday and Saturday. That would knock out one of the best hitting environments on the night, so monitor that game closely. There is also a slight chance for rain in Philadelphia and New York on Saturday, but hopefully nothing that should impact the game. Be sure to check all forecasts closer to game time.

Milwaukee Brewers (vs. CIN) – We would like this matchup even more if this series was in the little league park otherwise known as Great American Ball Park, but some home cooking is not a bad thing for the Brewers when we are talking about facing the Cincinnati pitching rotation without Luis Castillo. Both aspects of the Reds’ staff have been abysmal this season. Their starters (even with Castillo included) have a 4.94 ERA this year, with only Colorado and Washington checking in with worse rates. But somehow their bullpen has been even worse. Cincinnati has a bullpen ERA (5.13) almost a half run worse than any other team in the league (4.69 for Colorado is next). The Reds are the worst team in the NL in allowing walks – giving up a 3.81 BB/9 rate on the year.

We are also catching Milwaukee in one of their hottest streaks of the year. Over the past 30 days, they rank fourth in the majors in on base percentage (.338) and fifth in slugging percentage.  (.432). They have drawn the second-most walks among all teams, which has led to general havoc on the basepaths for opposing pitchers. The Brewers’ 16 steals over the last month are eighth-most in the league. What’s that you say? Cincinnati allows the most stolen bases per game to opponents (0.69 per contest)? It all adds up to this being the Brewers’ weekend.

Philadelphia Phillies (vs. WSH) – Yes, the Nationals have an overall worse ERA than the Reds which is incredibly hard to do. Their 5.15 team ERA is a touch worse than Cincinnati and Colorado and the main culprit is on the docket against the Phillies on Saturday. Patrick Corbin and his league-worst 6.57 ERA is a run and a half worse than any other pitcher yet the Nationals keep rolling him out there. Somehow Corbin leads the majors in starts made this year (22). I will be aboslutley loading up on Phillies on Saturday against Corbin. They rank top-ten in the league in on base percentage and slugging percentage against left-handers this year and the Phillies play in the park that is 10th best for right-handed home runs this season.

Seattle Mariners (vs. LAA) – While the Angels made news on Thursday for making history for a certain level of ineptitude (hit seven home runs and still lost), they are making another kind of history over the last month, and not in a good way. Only the Red Sox have a higher strikeout rate over the last 30 days than the depleted Angels. They have struck out more than 25% of their plate appearances over the last 30 days and now will face a number of pitchers who are known to have strikeout stuff. Marco Gonzales doesn’t quite fit the description, but all of Robbie Ray, George Kirby, and Chris Flexen should rack up some Ks. I’m particularly interested in Robbie Ray after his last two starts. On DraftKings, his last two starts have been for -9.3 and -1.4 points. But both were against Houston and his salary on Friday ($8,900) is down almost $1,000 to what it was in mid-July. He should be able to get back on track against the free-swinging Angels.

San Francisco Giants (@ OAK) – It may just be for two games, but there are very few pitching staffs you don’t want to use against the Oakland Athletics right now. Oakland ranks 25th in team batting average and 28th in on-base percentage over the last 30 days and has scored just 99 runs in the last month (21st). But to make things worse, the Athletics are the worst team in the majors in home OPS. Their .593 team OPS is 70 points worse than any other team in their home park. That place is such a pitcher’s paradise that it allows 22% fewer home runs than the league average park over the last three years, according to Baseball Savant. Carlos Rodon and Logan Webb both had their names thrown out in trade rumors, but with them still on the Giants this weekend, we are the ones who will get to reap the reward.

David Peralta (OF, TBR) – Lefty David Peralta is looking at a potentially huge first weekend with his new club. Brought in to play in the strong side of a leftfield platoon, Peralta is a huge threat against right-handed pitching, and he is going to see plenty of that this weekend. In fact, against the Detroit Tigers, he is going to see plenty of abysmal right-handed pitching. The three starters he will face this weekend are Chi Chi Gonzalez (somehow still in the league), Garrett Hill (5 starts and a 5.88 ERA), and Matt Manning (3 starts and a 3.46 K/9). Against right-handers this season, Peralta’s slash line (.267/.322/.490) means he has basically been Shohei Ohtani (.253/.349/.491). All of Peralta’s power numbers have come against right handers this year. So far, in his four games with the Rays, Peralta has hit fifth twice and sixth twice. Even in a bad offensive park, Peralta’s ability to destroy righties should prevail.

Justin Steele (SP, CHC) – For the season, there is nothing that completely blows you away from Justin Steele. He strikes out slightly less than a batter per inning, his ERA is 3.86, he walks more than four batters per nine innings, and his record is just 4-7. But sometimes there are matchups that even seemingly the most nondescript pitcher can overcome. A home matchup against the Miami Marlins is one of those times for Steele. Simply put, the Marlins are atrocious against left-handers. Their 27.5% strikeout rate against them is 1.2% worse than any other team and their walk rate of 6.8% is also dead last in the league. On the season, the Marlins have scored just 69 runs against Southpaws, which is 26 fewer runs than any other team in the majors. If you buy into the validity of wRC+, the Marlins are at 74 against left-handers this year, meaning their offense is 26% below league average when they face that handedness. Basically, Steele just needs to walk, chew gum, and throw strikes at the same time and he could be looking at six innings, six strikeouts, and an easy win. You’ll need to play the All-Day slates on your favorite DFS site to get Steele in your lineups, but he is worth the price of admission.