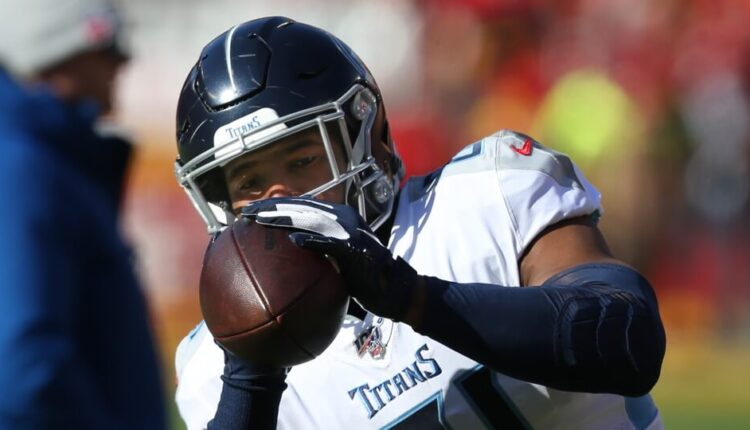 The barren landscape of the tight end position has plagued fantasy owners for years. Year in and year out, tight end is indisputably the least productive skill position in fantasy. For some owners, the weekly practice of plugging and playing a new tight end can be maddening. Just when you think you’ve struck gold, your newly appointed starter catches three receptions for 16 yards, and just like that, it’s back to the drawing board. The only sure-fire way around this is to draft studs like George Kittle and Travis Kelce. There are decent options in the middle rounds of the draft to consider as well, but I prefer taking a shot on a low-cost, late-round tight end.

When you’re in the draft room, taking Kittle or Kelce is a perfectly viable strategy. Unfortunately, it comes at a high cost. Both tight ends are going to require at least a third-round pick, but most likely a second. If you prefer to load up on running backs and receivers and need some help identifying which late-round tight ends to target, you’re in the right place. While building a solid foundation for your team in the first few rounds is crucial, adding talent at the back end of the draft can be equally as important. Grab your early draft notes, you’re going to want to add this group of guys to your late-round tight ends to target!

It was quite a year for the duo of Matt Ryan and Austin Hooper. In only 13 games, Hooper put up 75 receptions for 787 yards and six touchdowns. Even in a limited season, Hooper managed to end the year as the TE6 in a half-point PPR format. Now that Hooper’s moved on to Cleveland in free agency, his 97 targets are up for grabs. In comes Hayden Hurst. After the Falcons decided against signing their veteran tight end, they shipped away a second-round pick to Baltimore in exchange for Hurst. For those of you don’t remember, Hurst was taken by Baltimore in the first round of the 2018 draft. There’s a good chance that this detail goes unrecognized due to Baltimore’s third-round pick in 2018, Mark Andrews.

It would be unfair to knock Hurst for taking a backseat to Andrews. In his first two seasons, Andrews has established himself as a borderline elite pass-catching tight end. Now that Hurst finds himself in Atlanta, there isn’t a tight end on the roster who threatens him in any way. Although the Falcons neglected to pay Hooper, they still paid up to acquire Hurst, and they didn’t trade away a second-round pick with the intention of excluding Hurst from the gameplan. Though Hurst only saw a modest 39 targets in Baltimore last season, that number is liable to more than double this year.

Atlanta’s defense was downright bad last season, and well, it’s going to be downright bad this year as well. The Falcons are going to play from behind more often than not, and Ryan is going to be forced to sling the ball left and right. I’m not projecting that Hurst will match Hooper’s target pace through 16 games, but if he can come within 30 targets of that, he’ll be right around the 90 target range. For a late-round tight end being taken in the double-digit rounds, that’s not too shabby.

Adios, Delanie Walker. It was a great run. With the long-time starter removed from his path, Jonnu Smith is in line for a breakout season. While one could argue that Smith had his breakout last year, his performances were too inconsistent. What can be said is that Smith gave us all a taste of what he can do.

Given the current state of affairs in the world, there are questions surrounding the limitations of offseason programs. Offenses won’t have nearly as much time together as they normally would. Because of this, the fact that Smith and Ryan Tannehill are training together on a weekly basis can’t be overlooked. Last season, the pair took the spotlight at the same time. Smith got the nod to start in Week 7 following Delanie Walker’s injury, and Tannehill took over for a struggling Marcus Mariota the week before. Once Walker was out of the picture and Tannehill was throwing passes, Smith’s targets spiked. In the first six weeks of the season, Smith received a paltry eight targets. Meanwhile, in his first two games with Tannehill, he had already topped that number. Smith disappeared every so often, but with a growing rapport between him and his quarterback, expect around 65 targets for him.

One aspect of Smith’s game that makes him so lethal is his ability to run after the catch. With a mere 35 receptions on the season, Smith finished eighth among tight ends in yards-after-catch. There are very few others at his position who can weave through defenders the way he can. To add to this, Smith doesn’t just get dinky passes thrown his way. He averaged 9.8 yards-per-target which made him second at the position.  If defenses allow a dangerous ball-carrier like Smith to catch the ball 10 yards down the field, he’s going to lay waste to their secondary. Much like Hurst, Smith is a late-round tight end you can scoop up in the final rounds of your draft.

Listen, my next point is in the ten commandments of modern-day fantasy football. Thou shalt not let Philip Rivers’ tight end go undrafted. If you go back through Rivers’ game logs over the years, it’s undeniable that No. 17 likes to lean on his tight ends. I suppose when you have a player like Antonio Gates for a large portion of your career, you’re bound to create a habit. You know what they say, old habits die hard.

Rivers’ arrival to the team was an immediate upgrade for Jack Doyle. After dealing with Jacoby Brissett last season, no one was more thrilled to hear the news of Rivers’ signing. Throughout last year, Doyle was a middle of the road tight end in most statistical categories. There was, however, one noticeable standout metric. According to Player Profiler, Doyle averaged 1.9 yards-of-separation per target. That average landed him at the fourth-best position among qualifying tight ends. It’s not that Doyle has an issue getting open, it’s that he needs a capable quarterback to develop a rapport with if he wants to reach his ceiling.

When you step back and think about it, it’s incredible that he managed to finish as the TE8 in 2017. Brissett was just plain bad as the Colts’ starter that year. He completed less than 60% of his passes, threw less than 3,100 yards, and only completed 13 touchdowns. Volume and efficiency were Doyle’s only saving graces. That season, he received 108 targets, and while he won’t see that many passes thrown his way in 2020, he’s bound to upgrade from last year’s target total of 72. After all, Rivers’ tight end last year, Hunter Henry, managed to see 76 targets in only 12 games. Doyle can expect to receive around 85 targets from Rivers in 2020. That doesn’t come close to his 2017 total, but what he lacks in volume, he’ll make up for in efficiency.

I’ll be back soon to let you know about a few late-round quarterbacks to keep your eye on, but for now, check out Brent Langlois’ article about RB Handcuffs For 2020!

RB Handcuffs to Hitch Your Wagon to for 2020 Fantasy Football