RB Handcuffs to Hitch Your Wagon to for 2020 Fantasy Football 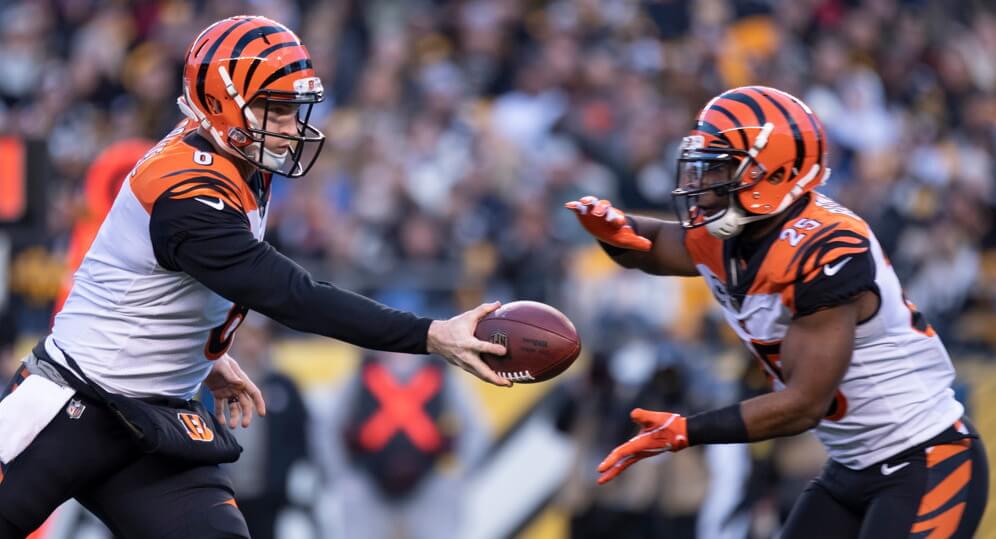 We hear a lot about how hitting mid- and late-round picks is essential to building a championship roster, but another element that often comes into play is targeting the proper RB handcuffs. They’re among my favorite late-round/post-draft FA targets regardless of whether or not I own the RB ahead of them on the depth chart. They aren’t all equal of course, so if you’re going to use a roster spot, you want to ensure a few things.

Below are my favorite handcuffs that meet the aforementioned criteria.

Quite possibly my favorite of these three RB handcuffs. Why? He’s everything you want in a handcuff. Cheap as bananas? Check. Proven producer? Yup. Receiving ability? He’s one the better receivers in the league at his position. Does he protect his quarterback well enough for the coach to keep him in on all downs? Yes sir. There was even a time last year where Mixon missed a PP assignment and got benched for Gio who has always been trusted in that department.

Will Gio get the lion’s share of touches if Mixon were to miss time? He did in the past. In the six games Mixon missed or left early in 2017/2018, Scrappy-Doo totaled 20.65 points per game in PPR leagues. I know, eh? Yes, those stats are a little old, but they still hold relevance today. He’s still only 28, he still has the same well-rounded skill set, and there’s still no other RB that’s likely to challenge Gio for backup duties. He’s just too versatile and trusted. On top of that, the Bengals team as a whole is much better going into 2020, so if he were to get a shot, there’s a very good chance Gio could lead you to some W’s. Ante up!

As a player and situationally, Tony and Gio are very similar to one another. Tony is as good a receiver as you can hope for at RB, the depth chart behind him has more scrubs than a hospital laundry hamper, and he’s shown what he can do if he’s given touches. Possibly the best part about his situation is the receiving core of the Cowboys. What are defensive coordinators going to do with their gameplan if Zeke is gone and you have three serious threats at WR to worry about? The same thing defensive coordinators did with the Chiefs. Let Damien Williams breathe and if he beats you, tip your cap to him. Coordinators will almost certainly take their chances with the run and try to stop the much more threatening pass game. As if that weren’t enough reason to like Pollard, the Cowboys offensive line is known for its prowess. Pollard with no Zeke will have your league mates pounding the table out of disgust that they didn’t stash him. He could be had any time past the 11th round in 12-teamers and possibly much later. If you lack depth at RB, he’s a great late-round selection.

Burkhead was a surprise, but after looking over all the possible players that may fit the criteria, he really stands out. Rex certainly checks all the boxes we’re looking for in potential RB handcuffs. Sure, the odds of him being hurt are better than the guys he’s competing with, but what’s unique about Burkhead is that if either Michel or White were to go down, Burkhead’s touches go through the roof. So really, in theory, you have twice as good a chance that he’ll benefit from an injury. Even an Edleman injury could open up snaps for Burkhead given his ability to work out of the slot.

Another thing going for him is Belichick loves him some Rex. Additionally, even with White and Michel healthy, Burkhead still gets his touches and could be a respectable bye-week fill-in if you’re in a deeper league. There is also the new reality that Brady isn’t there anymore and we could see the RBs more involved.

What’s not to like about Burkhead? Damien Harris? I don’t like to write off players too soon, and I’m certainly not writing him off just yet, but until he gives us a reason to like him, I wouldn’t worry too much about Harris. And in the event that he does show enough improvement to warrant playing time, Burkhead would still be the main beneficiary of an injury to White. Regardless, keep an eye on Harris this spring if you’re thinking of stashing Burkhead once your draft has concluded.

Yes, Burkhead is about as durable as a peeled overripe banana. A wet tissue holds up better than Burkhead does. Even still, when you consider the price and the upside, Burkhead is worth a free add in deeper leagues.

RB Handcuffs that Missed the Cut

Alexander Mattison: He’s a popular handcuff option, yet he’s a little too popular. You may need to invest a pick inside round 10 to snag him. I’m also not convinced that Mike Boone won`t get a fair share of the touches with how he played last year when called upon. However, if Mattison is there late in your draft, jump on that horse!

Ryquell Armstead: He would probably be the top add should Fournette go down, and Fournette has durability issues, but Armstead is far from proven and we don’t have a good idea of what type of role he’d have in the event of a Fournette injury.

Duke Johnson: He could have the same impact as Bernard or Pollard and his ADP isn’t too high, but the dude just never gets his shot. I hope he does one day, but if the coaches won’t lean on him in any scenario, he’s just not worth a roster spot.

Who are your favorite RB Handcuffs for the coming season? Let us know in the comments below.