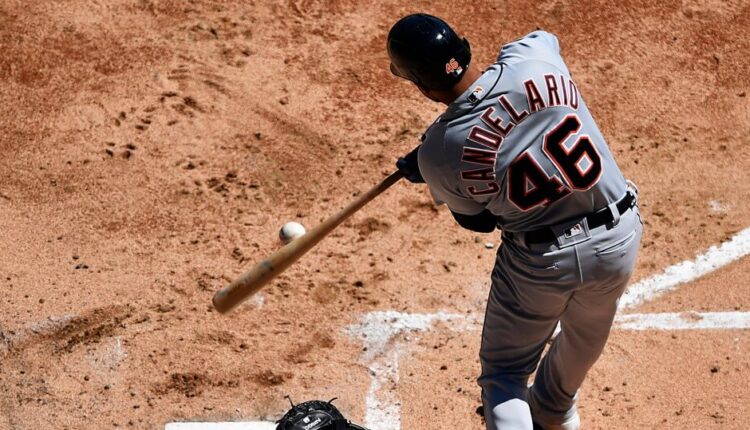 Last week we got together to discuss Triston Casas, and this week we get together to discuss Jeimer Candelario and his value in the fantasy game going forward. Over the past two years, Jeimer Candelario has been lackluster, and that’s putting it kindly, but 2020 has seen a different Jeimer. The Tiger’s corner-infielder has gone from fantasy irrelevant to fantasy relevant this season and is gonna be an interesting player this offseason.

Who is Jeimer Candelario?

Jeimer Candelario was the headliner for the trade that sent Justin Wilson and Alex Avila to the Chicago Cubs. The Tigers got themselves a decent defender at third base that could draw a walk, show some power, and spray balls in the gaps.  Fast forward a few years and Candelario struggled to make an impact until 2020. 2020 has seen him hit the ball harder and that has transformed the perception and the value of Jeimer Candelario. Now we have to ask ourselves, what do we do with the Detriot Tigers corner infielder, and what do expect from him going forward?

As we can see Jeimer Candelario has begun to hit the crap out of the ball in 2020, and that could be because he is finally over the wrist injury he sustained in 2018. Wrist injuries tend to linger and it seems to be we are finally past that era in Jeimer Candelario’s major league career. He also spent the offseason working with Robinson Cano so there’s that as well.

Now that we got all the narrative stuff out of the way we can begin to break things down. As the nifty chart, that I created for you, shows Candelario has begun to hit the ball harder. If you need a refresher on what a barrel is, feel free to use this. As we can see Candelario’s batted ball events(BBE from here on out) have taken a tick up this year and that has directly correlated into onfield results for the twenty-six-year-old.  Candelario has also seen a change in BBE’s he has cut back on going the other way and has instead focused on hitting the ball up the middle more while also upping his line-drive percentage which you’ll see in my second handy-dandy chart.

Jeimer Candelario is at his best when he is spraying line-drives in the left-center and right-center gaps and he has gotten back to that this season. Spraying line-drives in the gaps is what he did as a prospect and what made him so successful as a minor leaguer. Cutting back on going the opposite way has gone a long way for Candelario. Now, what do we do with him going forward?

From a real-life perspective, the Tigers have found themselves a decent contributor going forward. For fantasy reasons, Candelario has become an intriguing option. He does not pull the ball all that much which limits the homerun upside, especially when playing in the pitcher’s paradise that is Comerica. He has shown that he can be a middling option for homers, I think he can max out as a 20-25 homer guy going forward as he doesn’t exhibit crazy raw power or play in a conducive ballpark for homers.

Where Candelario can be an asset for you is batting average and on-base percentage. Candelario boasts a 10.4% walk percentage throughout his major league career. He also makes really good contact, and with the change in his BBEs, he can continue to post really good batting averages.  Throw that in with the power and you are talking about an interesting corner-infield option. I keep referring to him as a corner-infielder because depending on your league’s eligibility rules he could be first-base only or he could have both first-base and third-base eligibility. I personally like him as a first-base eligible bat because of the relative weakness of the position.

So to conclude things, if you asked me to project Candelario in a normal season I view him as a .280 hitter who posts a 10% walk rate with 25 homers. I believe if you have him in any keeper/dynasty league he is someone you should hold on. If you don’t roster him, it is worth it to acquire him the Detroit Tiger. He hits in the middle of the lineup that will allow him to rack up some RBIs. Overall  Jeimer Candelario is a worthwhile addition to any dynasty league and is a steady contributor going forward.