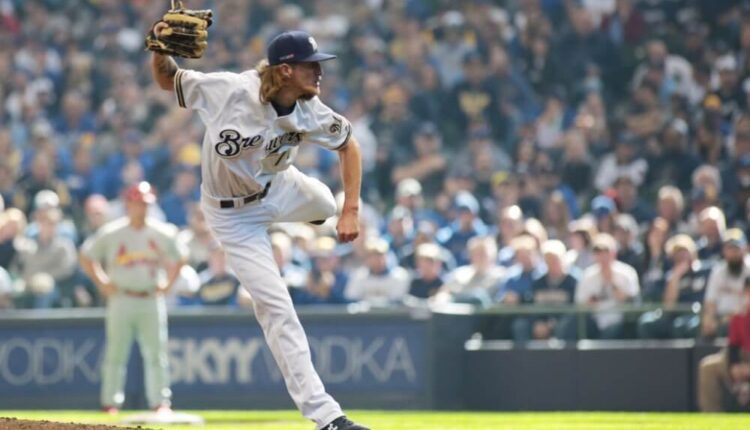 This is it. We’ve got just over a week left of the fantasy baseball season. At this point in a typical year, we’d be just about set in the standings. But with only eight weeks of baseball in the books, every day brings movement in our leagues. As we’re coming down to the wire, every save counts. Even just one could give you a jump in standings points for saves. Let’s get ready for the final stretch with another look into the bullpens across the league in this week’s closer rankings.

Hunter Harvey hasn’t quite worked out as the Orioles closer. Granted, he’s yet to see a save opportunity. No one on the team recorded a save this week, and Harvey took two losses. He pitched the bottom of the tenth inning Saturday against the Yankees and allowed the winning run to score off Luke Voit’s sacrifice fly after a passed ball moved the runner on second over to third. He also gave up a solo home run last Wednesday to Pete Alonso in the eighth inning. There’s really no one worth rostering for the final week and a half from this bullpen.

Matt Barnes had a good week, picking up three saves to bring his total to seven on the season. His walk and home run problems have led to an inconsistent year, but the strikeouts have been there, and he’s been a decent source of saves since Brandon Workman was moved at the trade deadline.

It was nice to see Aroldis Chapman get on a bit of a roll this last week. He pitched three perfect innings with seven strikeouts. Only one save came out of it, but it was an encouraging week for one of the top closers nonetheless. Chapman goes into the final week with two saves, a far cry from what fantasy players were expecting going into the season.

Diego Castillo got the first save for the Rays this week. Castillo followed Nick Anderson, who was called upon to face Rafael Devers, Xander Bogaerts, and JD Martinez in the eighth inning. This was likely how things were intended to be all season anyways, with Anderson having matchup-based usage and Castillo sharing closing duties. The Nationals loaded the bases with one out and down by five runs on Tuesday before Anderson came in to shut the door for his fifth save.

Ken Giles made his long-awaited return from the injured list. He’s to be eased into the closer role. His first outing back wasn’t the smoothest, with a run allowed on two hits, though he did strike out two. Time is running out for him to make any kind of impact in the regular season for fantasy teams.

Meanwhile, Rafael Dolis picked up his fourth save. Dolis has a club option for next season, and Giles is an impending free agent. Dolis and Jordan Romano could be in the mix for the closer role in 2021. Julian Merryweather is another name to watch. He’s been a nice, versatile arm out of the bullpen for Toronto with a 3.00 ERA, 1.70 FIP, 2.84 xFIP, and 15 strikeouts in 12 innings.

Another clean week for Alex Colome, who picked up two more saves and a win. This has been one of the most consistent situations all season. It’s going to be interesting to see what Chicago does this offseason as Colome will be entering free agency.

No save chances came up for the Indians and Brad Hand this week. He did get some work in on Sunday against the Twins, pitching the eighth inning with Cleveland down by two runs. After struggling in the second half of 2019, Hand was a bust candidate by many but has proven doubters wrong with another strong season, short as it may be. Though, his 4.28 xFIP and 0.0% HR/FB rate indicate a bit of luck here.

Bryan Garcia picked up his second save for Detroit, the only save on the week for the team. It seems he’s taken over primary closer duties while Gregory Soto reverts back to a middle relief role. He pitched the eighth inning on Sunday with the Tigers down by three runs to the White Sox.

Greg Holland put an end to any thoughts of a committee in Kansas City. He picked up three more saves on the week to bring his total to five on the year. Holland’s career-high 50% ground ball rate has helped him to a 2.13 ERA. That would be his lowest since 2014.

Taylor Rogers picked up his ninth save on Friday despite giving up a solo home run. He struggled again Monday, giving up two runs in the bottom of the eighth inning. Sergio Romo had earned a save on Sunday, so it’s interesting that Rogers was used in the eighth on Monday. Perhaps it would have been Romo again getting the save chance.

Ryan Pressly earned his tenth save on Tuesday. He’s been a bit inconsistent in this short season after two dominant seasons in middle relief. He’s still the best option in a bullpen that has struggled to find some stability in the late innings.

Matt Andriese picked up two saves for the Angels this week. His first came in extra innings on Saturday. Ty Buttrey pitched the tenth, then Andriese came out for the 11th. Andriese then picked up another save on Sunday as Buttrey had appeared in three consecutive games. Buttrey is likely the primary closer over the final week.

The number one closer in the rankings, Liam Hendriks, picked up his 12th save of the year. He’s been phenomenal with a WAR of 1.0 that is tied with Milwaukee’s Devin Williams for tops in the league among relievers. His elite 36.5% K-BB rate trails only Williams.

Yoshihisa Hirano picked up his second save on Monday against Oakland. He took over closing duties after the trade deadline and could get another couple saves before the season ends.

Rafael Montero picked up his eighth save of the season Saturday. He’s been quite the valuable pickup since taking over as closer with a 2.63 ERA. Jonathan Hernande continues to work well as a setup man for Texas. He carries a 2.70 ERA into the final stretch.

Mark Melancon brought his save total to 10 on the year with two more saves this week. His 2.04 ERA comes with a 3.99 FIP and 4.80 xFIP. There’s no telling how much longer this good fortune would last in a longer season, but he’s getting the job done for Atlanta.

After Brandon Kintzler blew back-to-back save opportunities the previous week, Yimi Garcia was given a chance and came through on Friday for his first save. Garcia has a 0.84 ERA with 13 strikeouts in 10.2 innings. According to manager Don Mattingly, Kintzler had been dealing with a fingernail issue that prevented him from pitching the ninth inning. Regardless, the situation will be worth monitoring, given Kintzler’s struggles and Garcia’s effectiveness.

No save chances arose this week for Edwin Diaz. And he hadn’t made an appearance all week until Tuesday when he struck out the side against the Phillies with New York down by three runs. Diaz now has 42 strikeouts in 20 innings and a 1.80 ERA. He’s bounced back nicely after a disappointing 2019 season.

Since arriving from Boston at the trade deadline, Brandon Workman has made 11 appearances for Philadelphia. He’s allowed earned runs in five of those outings. That’s just not going to cut it. It was Hector Neris that got the only save for the team on Tuesday, his fourth of the season. Neris and Workman could share closing duties through the end of the season.

Daniel Hudson made one appearance this week, one in which he was charged with three earned runs and a blown save. His ERA now stands at 7.02, not what you want from a closer. Tanner Rainey landed on the injured list with a flexor strain, leaving Will Harris and Wander Suero as the next best in line for saves if the team moves away from Hudson.

Both Jeremy Jeffress and Craig Kimbrel picked up a save for the Cubs this week. Jeffress then blew a save on Tuesday, giving up a game-tying home run to Francisco Lindor but ended up earning a win. The door is open for Kimbrel to get more opportunities over the next week.

Raisel Iglesias picked up a save and a win this week in two scoreless outings. Archie Bradley worked as the setup man in both instances. With both having pitched in back-to-back days, it was Amir Garrett picking up his first save of the season on Tuesday.

No saves for Josh Hader and the Brewers this week. Hader was charged with a blown save in his only opportunity. He hasn’t exactly lived up to his draft cost to this point with a 4.30 ERA and nine saves. Meanwhile, Devin Williams has been lights out with 16 consecutive scoreless appearances, a 0.45 ERA, and 41 strikeouts in 20 innings.

Richard Rodriguez made one appearance in a non-save situation on Sunday. He’s been one of the more effective relievers all season for the Pirates. Unfortunately, the team hasn’t given him many save chances.

Giovanny Gallegos was placed on the injured list with a groin strain, possibly ending his regular season. John Gant has also been shut down for a few days with groin discomfort, though he won’t require a stint on the IL. Meanwhile, Ryan Helsley has been mostly ineffective all year after missing time with COVID. Alex Reyes and Andrew Miller figure to be in the mix for saves while Gallegos is out. Reyes struck out three and walked one in an inning of work Monday.

Well, Kevin Ginkel’s time as the Diamondbacks’ closer didn’t last too long. He was optioned to the team’s alternate training site. Stefan Crichton and Travis Bergen picked up saves this week for the team. This is a bullpen I’m avoiding and one that is likely to remain a committee.

Daniel Bard entered the ninth inning of a tie game against the Angels on Friday and gave up the go-ahead run to Anthony Bemboom. The Rockies the rallied back in the bottom of the inning, and Charlie Blackmon hit a walk-off grand slam, giving Bard the win. Bard has six saves and should remain the Rockies closer despite Wade Davis returning from the injured list.

Kenley Jansen picked up his 11th save of the season Tuesday against the Padres, striking out two batters. Jansen, of the top closers in the game, leads the National League in saves.

Trevor Rosenthal picked up his 10th save of the season in his lone appearance. He now has three saves since joining the team at the trade deadline from Kansas City. It was thought that maybe Rosenthal would share save chances with Drew Pomeranz, but Rosenthal has the job to himself. Regardless, Pomeranz has been one of the most valuable relievers to roster as he has not allowed a run yet in 2020.

There were no save chances this week for the trio of Tony Watson, Tyler Rogers, and Sam Coonrod. Rogers was the only one to make an appearance, recording five outs on Sunday against the Padres. This will remain a committee through the remainder of the season. Though, if I had to roster one, it would be Tony Watson.