Last week we hit up some pitching. Let’s switch back to the other side of our game, shall we? This week we look at a pair of outfielders, in Greg Allen and Nomar Mazara, with vastly different skill sets. They’re also giving owners very different results as of late, and perhaps their ownership levels should start to head towards each other. There are only a handful of weeks left in the fantasy season and we can’t wait around for middling production at this point.

Looking at Greg Allen’s season-long stats aren’t going to have you running to the waiver wire to claim him. Just two homers, 11 steals, and a .251/.291/.330 slash line doesn’t belong in any league outside of a deep AL-Only. However, he’s putting together a nice August that deserves our attention. He’s hitting .341 over 13 games this month, and as I write this he just stole his sixth base. Is this a new fantasy-relevant commodity? 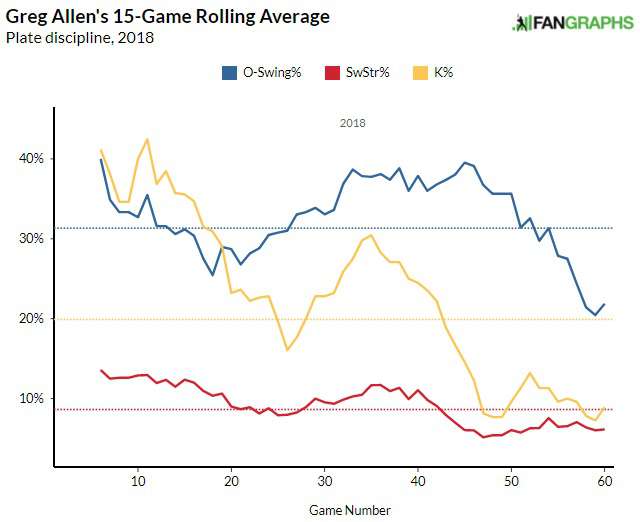 It was in July when he made some wholesale changes. Looking at his plate discipline, we can see that he really improved his chase rate on pitches outside of the zone. A high O-swing% was feeding into a miserable strikeout rate that I mentioned ballooned to 34% in June. Since the start of July? A strikeout rate of 8.3%. Of course, he’s still not walking, but come on! That is an incredible drop in K’s. Oh, but there’s more. 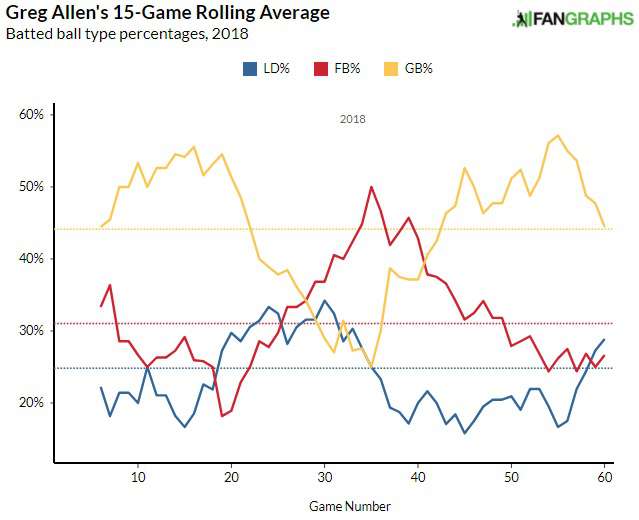 He got rid of that pesky pop-up issue and stopped putting the ball in the air so much. His game is built on speed, so ground balls are his friend. Not only has he fixed his plate discipline and batted ball profile, he’s getting plenty of medium and hard contact. His soft contact rate in August is just 5%! Even over a larger sample since the start of July, it’s just 13% with a 39% hard contact rate. He’s spraying the ball to all fields as well, a great way to hit for average.

Of course, Greg Allen is still not the perfect player. His at-bats are still going to be somewhat limited because he is just about useless against lefties. On the year he has a -14 wRC+ against southpaws with no walks, 37% K’s, and 27% hard contact. That alone caps his usefulness in standard mixed leagues where plenty of talent can be found on the waiver wire at all times. However, in deeper leagues, his speed can be very useful. Steals are a rarer commodity than ever this year, and Allen is a thief. He won’t be too useful in points leagues that devalue steals, but if you’re in a roto league with points to gain in stolen bases, he can be a big help. With this new, relatively stable profile, Greg Allen is worth a look in 14 teamers and deeper.

Enter July. He falls off a cliff and winds up on the disabled list for a month with a nagging thumb injury. 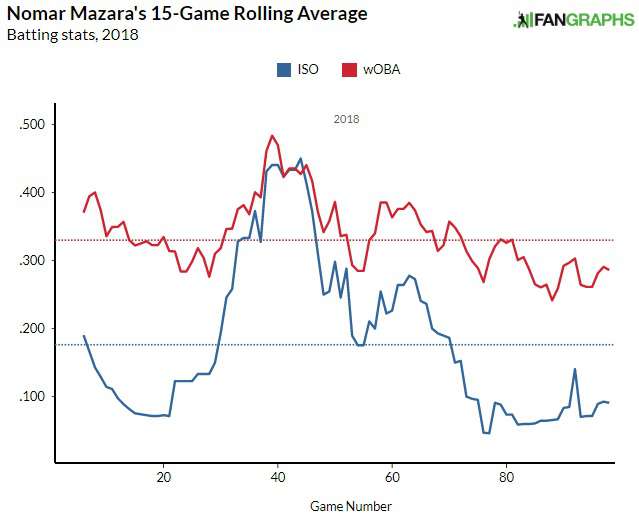 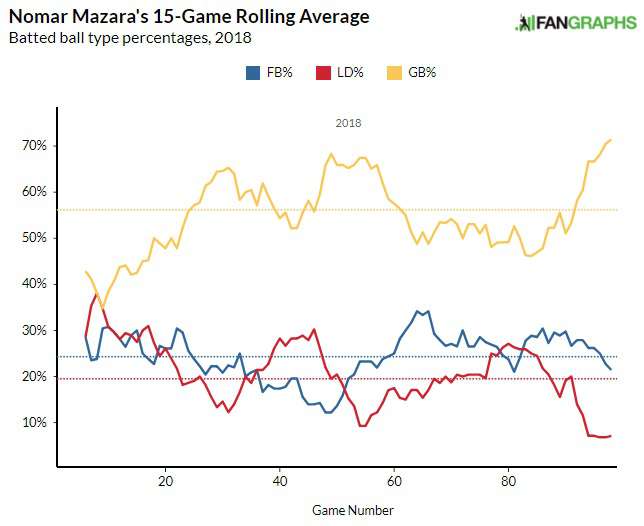 This is also definitely an issue. He’s been hitting ground balls at around a 65-70% clip since July, and it’s awfully hard to hit for power when you aren’t getting the ball in the air. Power and RBI is Mazara’s game, and right now he’s way off it. Even his line drive rate is under 10% since the start of July. He certainly doesn’t have the speed to make a ground ball heavy profile work. With all this said, Mazara is 96% owned on Fantrax. Does that need to change?

Obviously, we have to chalk up some of his problems to the thumb injury. Maybe all of them. The question is whether or not we can wait around for him to turn this around. There are only a precious few weeks left of the season and we can’t have dead spots eating up our roster. This is an issue that is clearly affecting Mazara at the plate, and it’s really hard to say whether there’s enough season left for him to get back to 100%. He needs to be benched for the immediate future, although a straight drop is hard to recommend. Hold on if you can.