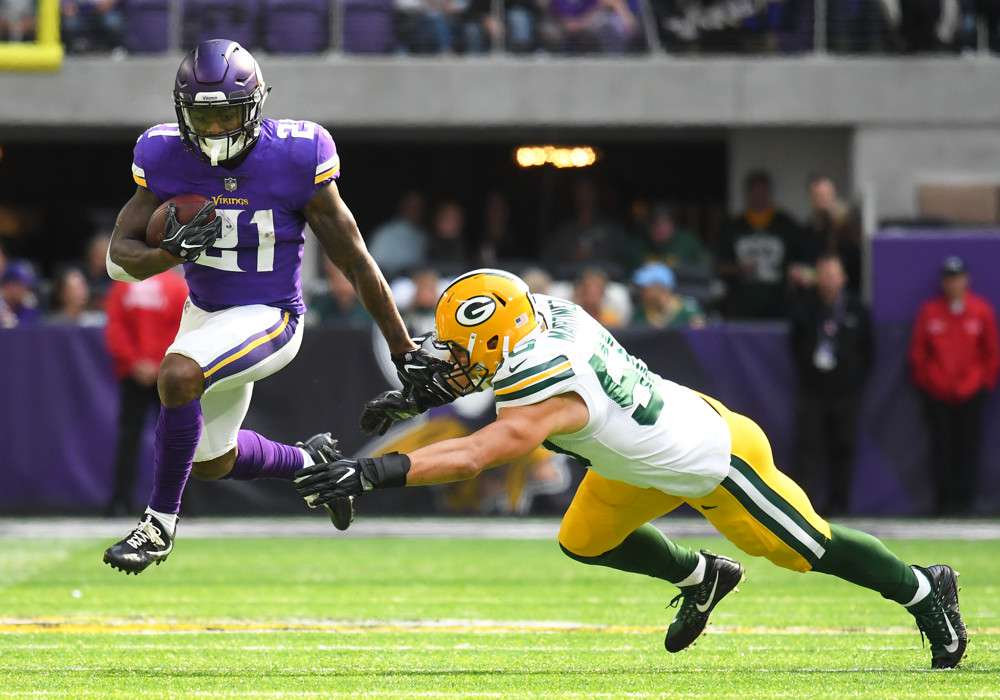 In my last article, I focused on wide receivers and their target share. This week, I will pivot to the running back position and center my attention on targets out of the backfield. Pass catching backs are usually underappreciated commodities that can provide a significant return on investment.

I play in point per reception leagues and focus solely on this format because I believe it deepens the running back pool while giving greater relevance to the wide receiver position and adds to overall scoring.

Last season, three running backs with 120 carries or less finished in the top 12 at the position.

Alvin Kamara was third in overall points (non-QB) with 120 carries but 81 receptions, only Todd Gurley and Le’Veon Bell scored more points in PPR. Increased touches should remedy his regression in the efficiency department. The Saints backfield usually sits near or atop NFL backfields consistently. Christian McCaffrey led all running backs with over 100 targets as a rookie and totaled 117 rushing attempts, finishing as the 9th running back. He accounted for 72% of Carolina’s snap share, that was good for 6th at the position. And then there was Duke Johnson Jr. who ranked 11th among running in this format while only carrying the rock 82 times. DJJ was fourth in both targets and receptions at the position. The Browns did pay him in the offseason and he’s caught 61, 53 and 74 receptions respectively over the last three seasons.

Are you going to San Francisco? Jerick McKinnon finished as the 17th running back despite only having 18 touches over the first four weeks last season. And McKinnon was an RB1 between Weeks 5-16 (9th) while playing in Minnesota’s backfield with Latavius Murray. Last month Jerick was cemented in the 2nd round but after suffering a leg injury (muscle strain) that will keep him out all preseason, he has fallen to the 3rd round.

The skeptics will point out his inefficiency as a runner and question his ability to handle the workload, but last year he had 150 rushing attempts and caught 51 passes. He’s expected to be ready for the start of the season, and if so, as the lead back in Kyle Shanahan’s fantasy friendly offense.

What the Buck? Javorius Allen is highlighted here because you always need to be cognizant of every team’s backfield hierarchy and the roles of their running backs. Alex Collins did some impressive things on the ground last year and will Kenneth Dixon finally be a thing this year? For a Buck, Allen could be your man.

Know your role. Theo Riddick has caught over 50 passes for three consecutive seasons. The Lions did draft Kerryon Johnson 43rd overall but Riddick should remain on the radar in Detroit’s offense.

This raging Redskin broke out last season, but unfortunately, an injury halted that. Chris Thompson finished as the 27th running back despite missing six games last season. There is concern here because the player has stated that he probably won’t fully healthy until November. On the other hand, Adrian Peterson is the starting running back in Washington.

Who Dey? Joe Mixon is the running back everyone wants in Cincinnati, but Gio is still on the roster and outscored Mixon last year even with 60 fewer touches. Bernard did have a downturn in production in 2017, posting career lows in carries, catches, and total yards, but was far from dead when Mixon was out.

The wildcard in the Windy City. Tarik Cohen’s role in the Bears revamped offense has some salivating. New head coach Matt Nagy has stated Cohen will be used all over the field and Tarik’s talent is undeniable. The touches will be there.

Runner.
Receiver.
Returner.
And… he was only a rookie. 😳

Patriot Games. James White is moving up draft boards and could be the biggest beneficiary in New England backfield with Sony Michel sidelined for the preseason and the announcement of Rex Burkhead’s slight tear in his knee. If you want to be invested in but not pay up for a Patriot’s running back, White is the answer.

Other notable running backs to consider not mentioned or on the above chart are Dion Lewis, Tevin Coleman and Bilal Powell.

I love Lewis! Derrick Henry will do his thing but Dion Lewis will have a significant role in the Titans offense as well. Follow the money! Tennessee paid him handsomely in free agency. This is a talented back who showcased well as New England’s led back last season when given the opportunity. Lewis finished as a high end RB2 last year (15th) despite not being utilized much until Week 5 and caught 32 of his 33 targets, expect that number to increase this year in the Titans new offense.

Year two in the Steve Sarkisian offense and Devonta Freeman’s concussion past open up the possibilities for Tevin Coleman. Even with a healthy Freeman headlining Atlanta’s backfield Coleman can be an asset to one’s fantasy team. Tevin has averaged over 11 yards per reception with 77% and 69% catch rate and at least 8 touchdowns over the last two seasons.

The Crow show should be the early-down back for the Jets this season but Bilal should be bankable, especially with Elijah McGuire’s injury. Bilal Powell finished ahead of Isaiah Crowell last year albeit by one spot. Prior to last season, Powell had reeled in 47 and 58 receptions in 2015 and 2016.

Everyone wants dual threat bell cow running back but those are the blue-chip stocks in fantasy football. Unfortunately, their supply is limited while being expensive assets. Remember running backs will get hurt and having backs who can score points to insert into your lineup are beyond valuable.