Fantasy Football: Buy The Dip With The Bengals Offense 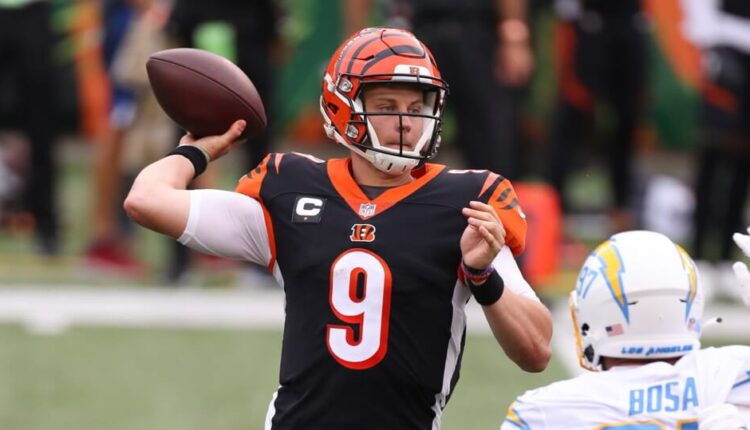 In fantasy football, we tend to value training camp reports greatly when it comes to our evaluation of players. This makes some sense; this is our first impression of each player, and the information we get can be critical when it comes to deciding between two players.

However, weighing preseason games and training camp reports too much can hurt our analysis. There is so much time that passes from the beginning of the formulation of our rankings to when actual drafts take place, which causes us to often overthink things. As such, this can open up value that can be exploited in drafts if you’re able to overcome that bias.

In my opinion, this is exactly what is happening to the Bengals this year. Between injuries, a rough preseason showing, and other concerns, all of their players have seen their stock dip since the start of training camp. However, this appears to have gone too far. Before it’s too late, “buy the dip” with this team.

All Stats via Pro Football Focus, ADP via NFC.Com

A Quick Primer Of What’s Happening

To understand what has happened to the Bengals offense, we have to go back to Week 11 of last year.

Cincinnati may have had a 2-6-1 record at the time, yet they were still an exciting team to watch. They were averaged 276 passing yards per game, eclipsed 30 points in four of their nine games, including 30.67 points per game between Weeks 6 and 8. Then, while leading 9-7 against Washington, Burrow dropped back for a third-down pass.

It’s safe to say things didn’t go as planned. Burrow got hit as he threw by edge rusher Chase Young, tearing his ACL and MCL in the process. From there, things spiraled for the Bengals; they averaged just 16.33 points/game without Burrow and finished the year with a 4-11-1 record.

The hope was that this would be a new year, but Burrow’s recovery from the injury hasn’t completely gone as planned, with him looking “shaky” in training camp, per reports. Meanwhile, the team’s offensive line, which ranked just 26th in PFF pass-block grade, has struggled as well. The team passed on offensive tackle prospect Penei Sewell to solidify their receiving corps with Burrow’s former college teammate, Ja’Marr Chase, but Chase currently has a 34.9 PFF rreceiving grade from the preseason with four drops. All told, there’s plenty of reason to be skeptical of the Bengals heading into 2021. That is if you fail to overlook the clear value that is present with a tremendously talented group of players.

Let’s start with the elephant in the room, which is Burrow. Before we get to the injury, though, let’s start off with the 24-year-old’s quality of play. Yes, he only averaged 6.7 yards/pass attempt last year, but assuming that will be the case this season would be cutting him short.

Performance in a clean pocket is a very stable metric, and Burrow shined there, earning an 86.7 PFF grade in those situations while averaging 7.5 yards/pass attempt. Rather, it was in situations under pressure, a much more unstable area of play, where he struggled- he earned just a 44.9 PFF grade and averaged just 4.2 yards/pass attempt when pressured. Simple positive regression favors him here. For perspective, his performance under pressure rated even higher than fellow second-year quarterback Justin Herbert. Yes, you need to be able to perform in those situations, especially when you’re offensive line doesn’t project to be terrific. That being said, until there is enough of a sample size that Burrow is particularly bad in those situations, you have to assume his numbers will improve.

Production 20+ yards down the field can also change greatly on a year-to-year basis, which hopefully voids well for Burrow. His 18.8% complete rate, 6.1 yards/pass attempt, and 61.5 PFF passing grade when attempting a 20+ yard pass isn’t encouraging, but context needs to be considered. Mainly, those passes were being thrown to veteran receiver AJ Green, who averaged just 1.02 yards/route run with just a 65.7 PFF receiving grade.

Even with Chase’s early struggles in the preseason, do we really expect him to perform worse than Green did? Don’t forget about Tee Higgins, who isn’t a poor deep threat by any means. Considering his success on these types of passes in college, I wouldn’t expect Burrow to continue to be one of the league’s worst deep-ball passers. Once again, we see another scenario where his overall numbers should be better.

Had it not been for the injury, Burrow hopefully would have been cemented as a top-ten quarterback. Alas, here we are. Yes, I’d expect Burrow to have some growing pains early on, which could hurt his efficiency. Yet, as the season progresses, there isn’t any reason to not expect him to get back into form. Isn’t the second half of the season the most significant part of the year anyway? If you want to, you could simply draft a late-round quarterback with an easy early schedule, such as Kirk Cousins, to add a safety net there.

Plus, remember how important volume is in fantasy football. Before he went down with the injury, Burrow was leading the league in pass attempts/game and was tied for first in expected fantasy points per game (among quarterbacks who had actually started every game up to that point). We’re anticipating positive regression for Burrow in clean-pocket situations, 20+yards down the field, and in the red zone. If that ends up being the case, then the gap between his actual and expected production would shrink tremendously.

Even if the team decreases its pass usage, I’d still expect there to be enough opportunities for Burrow to operate as a top-ten quarterback at full form. Hence, why I currently have him as my 11th-ranked quarterback. I’m very comfortable waiting until the later rounds to select a quarterback, and he’s a major reason why. Going as the QB13 in NFC drafts, he’s a great investment at his current price.

Joe Mixon Is A First-Round Running Back

Joe Mixon? The same running back that has continued to let me down in fantasy football? Yep, that Joe Mixon. We can’t let previous mistakes impact our future decision-making, which is exactly why you should be all-in on Mixon this year.

Mixon got injured after six games last season, but rather than focus on that, focus on the opportunity he got during that timespan. His 18.1 expected fantasy points per game ranked 8th in that time span, and 5th overall. That’s right; he finished higher than Derrick Henry and Aaron Jones, among others. Plus, it’s not as though his actual production fared much worse- he ranked 11th in points/game overall. Yes, it was a small sample, but it was still encouraging, to say the least.

In previous years, Mixon’s fantasy value has been hampered by his lack of elite production in the receiving game, but he’s trending up in that aspect. Running back Giovani Bernard, the team’s third-down back, departed in free agency, and the coaching staff is on record proclaiming Mixon as a three-down workhorse running back this year. As we’ve discussed previously, that’s precisely the type of running back to build around.

For all of the concerns surrounding the offensive line, the Bengals’ PFF run-block grade of 65 wasn’t even in the bottom-ten, while they added left tackle Riley Reiff in free agency, a noticeable upgrade over Bobby Hart. They might not help Mixon, yet they won’t be a liability, which is all we truly care about. Mixon’s 3.7 yards/rush attempt, well below his career baseline, will improve; he had averaged 4.5 yards/rush attempt in the previous two seasons.

Volume wins championships when it comes to running backs, and Mixon passes every color in that regard. You should continue to draft a first-round caliber player when he’s barely (20.51 ADP) going in the second round in some 12-team drafts.

With Burrow Back, The Receivers Offer Value

In case you hadn’t realized by now, the Bengals have a very talented group of receivers for Burrow to throw the ball to.

Right now, the highest-drafted receiver would be Tee Higgins, who enters his second season after earning a 79 PFF receiving grade last year. Make sure not to look at per game stats with him without adjustment – he ran just 11 combined routes in two of them – and you’ll be quite intrigued by the 22-year-old’s outlook heading into this year.

Quietly, Higgins averaged 2.06 yards/route run last year between Weeks 2 and 10 with Burrow, in addition to 2.74 yards/route run in the last four weeks. Ironically, he was the WR23 during this span, which is exactly where he finds himself now. He finished second to AJ Green in end-zone target rate last year, and with Green out of the fold, expect him to feast in 2021.

Then, there is the reliable Tyler Boyd, who has earned a PFF grade above 72 in three straight years. With Burrow, the 26-year-old was the WR10 in expected fantasy points and the WR13 overall. What else are you looking for? I wouldn’t anticipate his 8.33 targets/game declining much, especially with Green out of the picture. A good cliche is that you earn your targets, and Boyd will continue to do that out of the slot.

Sure, there’s not much touchdown upside with Boyd, but in PPR formats, are you going to pass on over 100 targets and as high of a floor as you can find? With Boyd, you’re investing in a talented, consistent player who Burrow clearly enjoyed throwing the ball to last year. With the type of production he demonstrated last year, there’s no reason for him not to be drafted as a top-30 receiver this year.

Chase is the most puzzling case here, as he’s looked lost this preseason with an abundance of drops. Still, some of this may be due to him shaking off the rust after opting out of the 2020 college football season. With the draft capital attached to him, you should expect the coaching staff to do everything in their power to get him involved.

Now that he’s being drafted as a high-end WR3, the upside with a top-five pick, and arguably the best receiving prospect since Amari Cooper, becomes remarkably intriguing. There’s a chance we could be laughing about our preseason concerns with him by the end of the year, and if that’s the case, you’ll want that upside on your team at his current price. In dynasty? I’d be doing everything in my power to buy low right now.

Right now, I believe that all members of the Bengals’ “fab five” are undervalued. Are there legitimate reasons to be concerned about them? Yes, but between positive regression, loads of volume, and just their overall talent, there is also a lot working in their favor as well.

We saw the potential they demonstrated when fully healthy in 2020, and when all concerns are baked into a discounted price, there is a tremendous opportunity to find value here. For those looking for the best offenses to stack, this would definitely be one of them. If you keep your eye on the tiger, you should be rewarded this year!