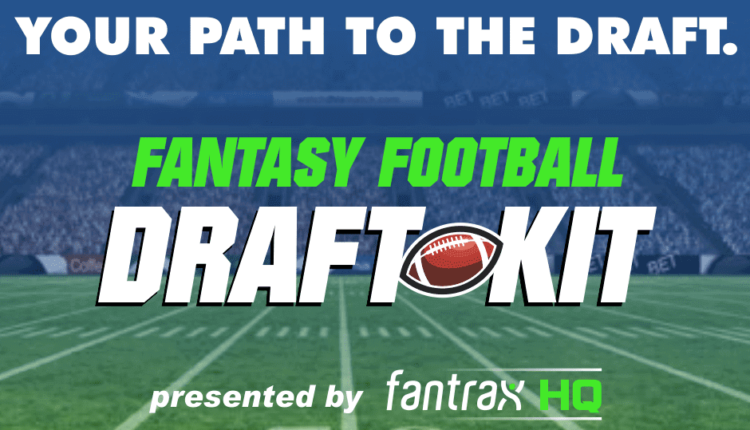 Welcome to the 2021 Fantrax Fantasy Football Draft Kit! The world has gone crazy over the last couple of years, but it’s looking like this NFL season may see a return to something close to normalcy.  Opening kickoff is on September 9, when the Cowboys visit the Super Bowl Champs in Tampa Bay! Countless fantasy football drafts will take place between now and then. A lot of people have put their blood, sweat, and tears into this fantasy football draft kit. We hope it meets your needs.

About Our Fantasy Football Draft Kit

For a variety of reasons, Fantrax has a reputation as a predominantly baseball focused site. Whether that reputation is valid or not, we took it as a challenge.

The hardest part about producing a fantasy football draft kit is keeping it up to date. We know everything there is to know, then an injury or a surprise coaching decision throws things into chaos. We’re doing our best to stay on top of all the latest news, but it’s a lot easier with your help. If you find something that needs updating, let us know about it in the comments below.

You’ll notice that some items below are not linked. That means they are in the works and will be coming soon. We’ll also be adding more right up until opening kick-off!

Mock Draft from Each Slot

There it is! Hopefully, you’re enjoying your fill of the 2021 Fantrax Fantasy Football Draft Kit. Now there’s only one thing to do: Head on over to Fantrax.com and put this knowledge to the test by starting or joining a league right now!

MLB DFS LOOK AHEAD: STACKS AND FADES FOR JULY 5-8