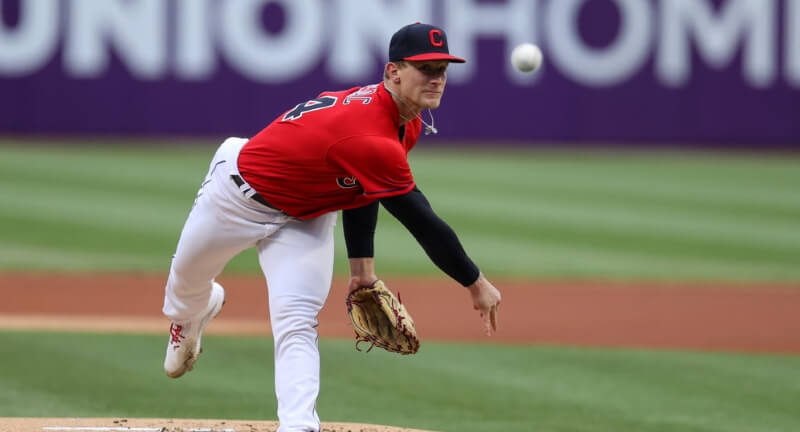 As you might have imagined after the Barometer took a week off, there’s a lot of movement this week. On that note, I’ll be absent from my post here again next week because of the holiday. I also wanted to note that the back-end of these starting pitcher rankings is very fluid at this point in the season. The 70th ranked player might not be much different from the 90th depending on their remaining matchups. Take that into consideration when you’re nabbing your streamers. Onto some news and notes! Let’s get that cheddar! 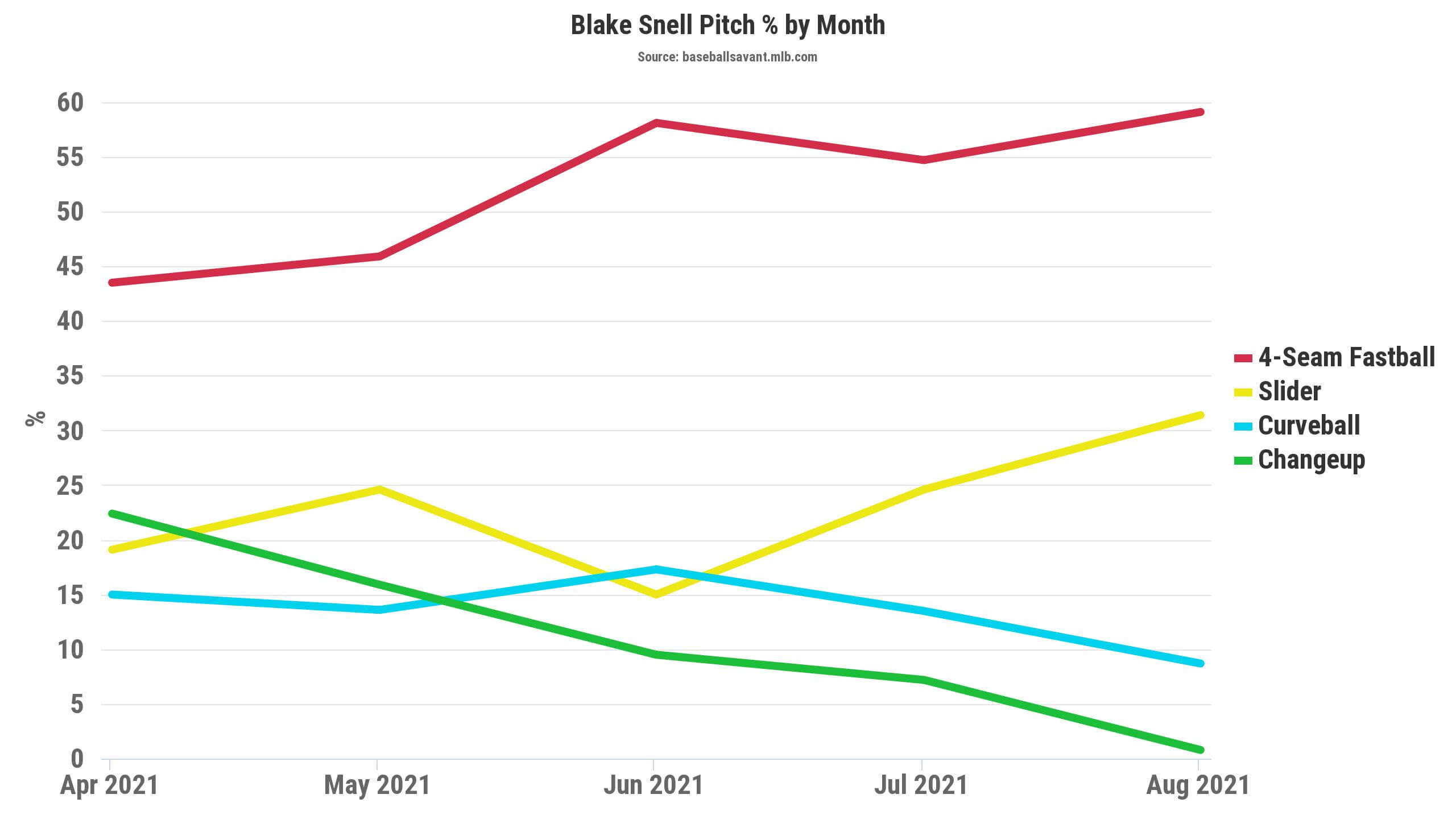 In August, Snell has dropped his curveball in favor of more fastballs and sliders. He has essentially scrapped his changeup, as well. He has also been taking a page out of the 2021 Robbie Ray School of Pitching and has done his best to pound the zone. The aforementioned 3.0 BB/9 in his recent stretch of success is nearly half of his 5.9 BB/9 from the start of the season through the end of July. He should be fired up everywhere for his next start against the Diamondbacks.

Yusei Kikuchi, SEA (-19) – After a rough start to the season, Kikuchi really settled in as a consistent option. It was at that point I declared myself a Kikuchi Hoochie. Oh, what fine times those were. Things have fallen apart for him lately, unfortunately. Since July 7th, Kikuchi has a 6.75 ERA across those nine starts (44 IP). Not only has his command taken a step back, but his velocity has also dipped along with his spin rates across the board. That makes me a sad Kikuchi poochie. What does a sad Kikuchi poochie look like, you ask? Imagine a Welsh Corgi with floppy Basset Hound ears and a droopy face. I’m sure someone out there with Photoshop skills can put that together for the betterment of humanity. 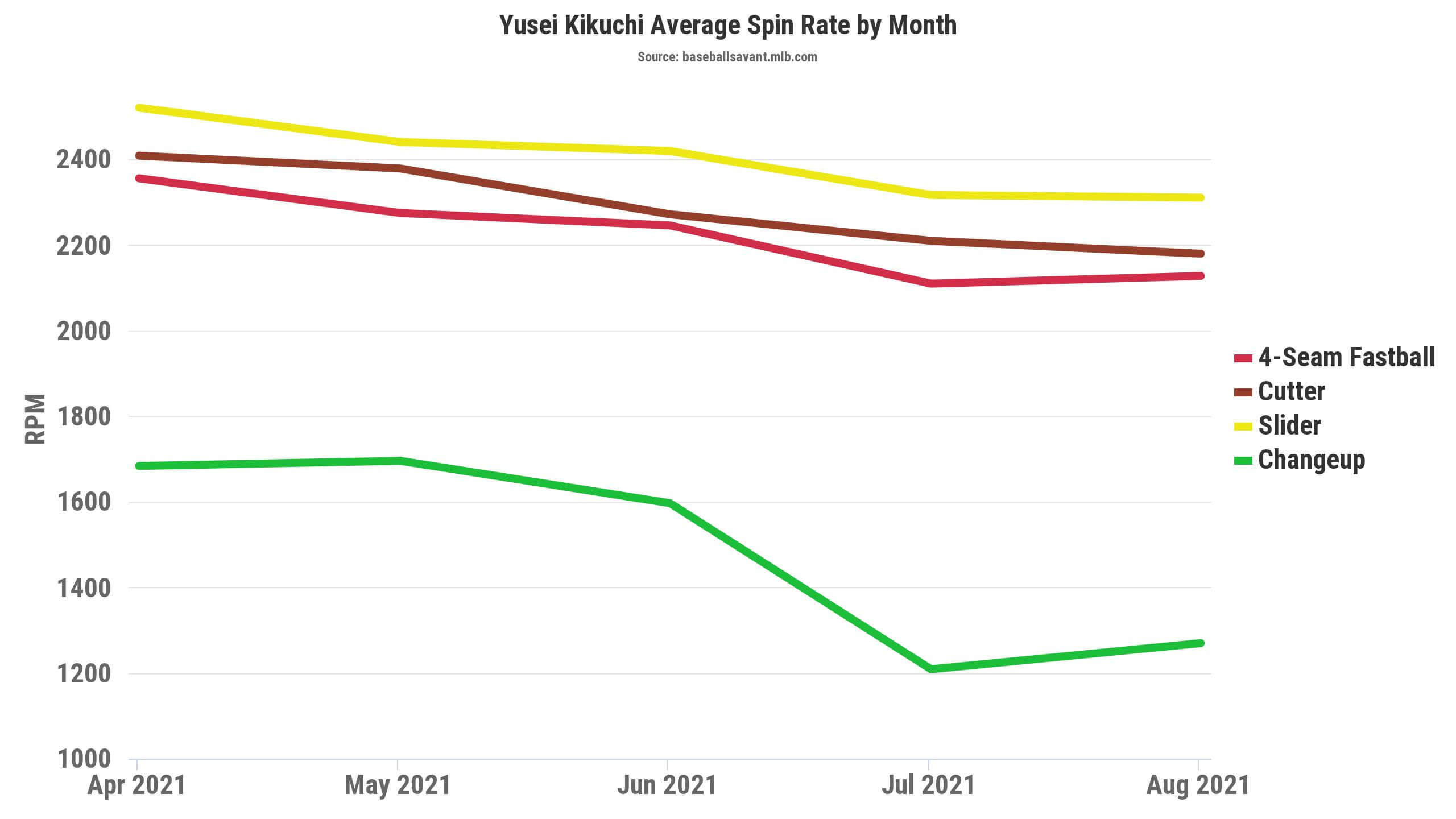 Zach Plesac, CLE (-16) – Plesac earned the dubious honor of being my Don’t in the SP category this preseason. You should really follow that link, by the way – that’s a hell of a successful list (including the recently demoted James Karinchak). I noted that Plesac’s command would need to be nearly impeccable once again to repeat his 2021 K:BB ratio. It…has not been impeccable. While he still has a good 2.01 BB/9, his K/9 has dropped from 9.27 to 6.12 thanks to a 3.1% drop in SwStk%.

His spin rates are down on his breaking balls from 2020 – over 200 RPM lower on the curveball, specifically. To make matters even worse, his velocity was down in his latest start against the Rangers. He still managed to deliver a near-quality start thanks to the matchup, but he’s going to be hard to trust as anything more than a streamer moving forward.

Edward Cabrera, MIA (SP81) – At this point, when the Marlins bring up a pitcher, I’m interested. Cabrera has been a prospect of note, as well, thanks to the development of his offspeed pitches. His fastball sits 97 MPH with an excellent changeup which averaged 92.6 MPH in his debut. He also has a curveball and slider, although he went to his slider sparingly in his debut. He makes for a decent streaming option for now. However, he’s likely sent back to Triple-A when Pablo Lopez is eventually ready to return to the rotation.

AJ Alexy, TEX (SP92) – With Spencer Howard, Miky Foltynewicz, and Dane Dunning on the COVID IL, we’re about to see some new names in Texas. Jake Latz and Glenn Otto are also going to be contributing, but the most interesting prospect debuting here will be AJ Alexy. Alexy is also the most likely to stick in the rotation through September if he performs well.

Through 65 innings between Double- and Triple-A, Alexy has compiled a (Round) rock-solid 1.66 ERA with a 1.02 WHIP and 76:27 K:BB ratio. His lack of third pitch as well as the poor command in the minors has led a lot of scouts to believe he’s a reliever long-term. I’m taking a wait-and-see approach here, but I’ll be watching with interest in his debut anyway.