Fantasy Blacklist: Barnes Is Not So Noble 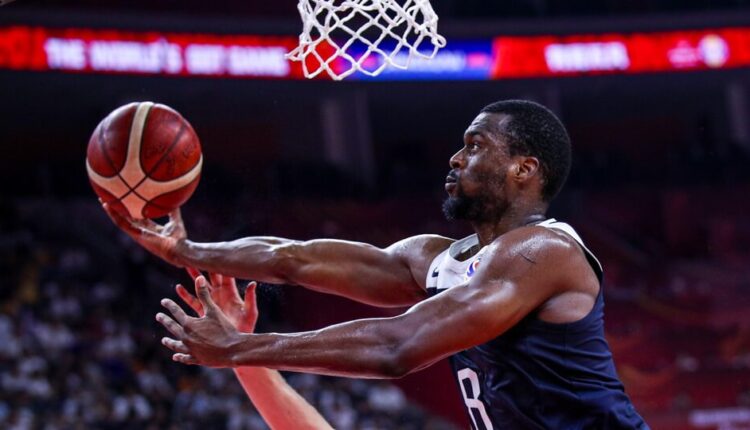 It is do-or-die for many of you with the fantasy playoffs upon us. The regular season often affords many the opportunity to ride those players that could be underperforming, waiting for the turnaround. That opportunity has come to an end and opening up a roster spot to stream is often the preferred method. The latest edition of the fantasy blacklist conveys a few of my thoughts, outlining potential drop candidates. Along with the current player rankings and our Week 21 schedule grid, we have everything you need in one place as you look to dominate your opponents. Are you finding it hard to cut that one player you are hoping can turn it around? Take the emotion out of it and, using this advice, wave goodbye to those you once loved.

Barrett has been a regular fixture on the fantasy blacklist, yet he continues to be rostered in too many leagues. Over the past two weeks, he is the 268th ranked player and that in itself should be a red flag. Barrett provides very little upside across the board and his percentages can be devastating. With the playoffs upon us, he could potentially be streamed in for scoring purposes but even that is fraught with danger. Hence, leaving him for someone else to deal with is probably the advisable route to take.

Much like Barrett, Barnes is typically rostered for his ability to score the basketball. Unfortunately, he isn’t even doing that at a rate that warrants a 12-team roster spot. He has scored more than 15 points only once in his past six games, a span in which he has connected on only nine combined three-pointers. We are at the pointy end of the fantasy season and you are almost certainly going to have more luck streaming his roster spot.

We have a clear theme here with another player who is heavily reliant on scoring. Kuzma has done nothing this season to earn himself a standard league roster spot. He is outside the top-250 for the season and there is absolutely no indication that is changing anytime soon. If you are holding him, please do yourself a favor and say your goodbye’s.

Clarkson managed to put together a nice run of games where he was actually a viable 12-team asset. Predictably, he has fallen back into his old habit and scored more than 20 points only once in the past three weeks. Not unlike any of these players, Clarkson offers very little on which to fall back on. He is typically seeing minutes in the mid-twenties and should really be viewed as a points streamer only.

Prince has flown under the radar this season, although not in a good way. Despite being outside the top-180 in nine-category leagues, he has been largely rostered almost all season. He has the knack of putting together a run of poor performances and then salvaging his value with an impressive outing. However, when you dig into his numbers, there is very little to get excited about. Not only is he averaging just 12.1 points per game, he is doing so on a less than ideal 38 percent shooting. Combine that with less than a steal per game, and there is really no reason to be holding him outside of deeper formats.

And finally, a few injured players you should consider dropping if you need production from every roster spot.