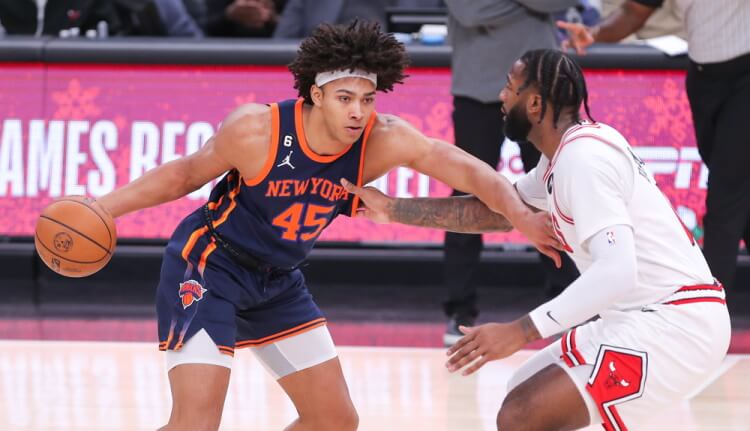 Here we go! Another week, another waiver wire piece to dive into! Welcome to week 15 of the fantasy basketball season! As January comes to a close, the injury bug continues to wreak havoc around the league. This week features mostly veterans who are making noise with extra playing time and opportunities. Here are five players who are set to make significant impacts to your fantasy teams with their minutes on the rise.

Kyle Anderson is putting on a show in Minnesota! Anderson had an absolutely monster week dropping three straight double-doubles and even included a triple-double. Over three of his past four games Anderson is averaging 15.3 points, 10.7 rebounds, 8.0 assists, 2.3 steals and 1.0 blocks. That was good for a top-12 fantasy performance on the week. With Karl-Anthony Towns out indefinitely there’ll be plenty of opportunity for Kyle Anderson to make his mark on the Timberwolves. Most importantly he averaged 34 minutes per game compared to 23 in November. He’s howlin’ away in Minny alright! Must add player.

Monte Morris continues to produce for the Wizards and does not receive enough attention. Morris has scored in double figures in six straight games and is averaging 14.3 points in his last four games. His assist numbers make him a great add as he’s averaging seven assists over his last three games. Assists don’t grow on trees! The veteran guard ranked top-25 in the league in that category running the point in Washington. So, if your team is in need of assists, scoop him up!

This article should be named players not getting enough love because here we go again with another player not being rostered enough. Lu Dort has produced all season long for the OKC Thunder and still widely available across leagues. Dort is fresh off two 22-point games last week and is averaging 19.7 points, 6.3 rebounds, 3.7 3PTM over his last three games. Dort has scored double-digit points in 11 of his past twelve games and has at least five rebounds in seven of those games. That’s some solid production that deserves more love.

With Kevin Durant still sidelined for a significant time, Royce O’Neale will continue to receive heavy minutes going forward. His stat line might not blow you away, but he chips in across multiple categories and is a nice piece to have on your fantasy teams. On Friday, O’Neale posted 13 points, five rebounds, six assists, and a block. Last week he nearly posted a triple-double dropping 11 points, 10 rebounds and eight assists. He’s got two games with two blocks and two steals over the last week as well. That’s some solid production across the board. Pick him up!

There’s a new Big Apple in New York and it’s Jericho Sims baby! The sophomore Sims drew the start with Mitchell Robinson out of the lineup. Robinson is expected to miss three weeks with a thumb injury which gives Sims plenty of opportunity to seize a big role. Sims did not disappoint posting 12 points, eight rebounds and two steals. In his last game where he saw at least 27 minutes the 24-year-old posted a double-double with three blocks. Sims has shown he can rack up the stats when given the opportunity so I’m adding away.

Fantrax was one of the fastest-growing fantasy sites over the last few years, and we’re not stopping now. We are the most customizable, easy-to-use, and feature-rich platform in the industry, offering the greatest fantasy experience for your dynasty, keeper, redraft, and best ball leagues. Fantasy sports doesn’t sleep, and neither does Fantrax, with seasons running 365 days a year. Take your fantasy leagues to the next level now at Fantrax.com!
2022-23 NBA Waiver Wire
Share