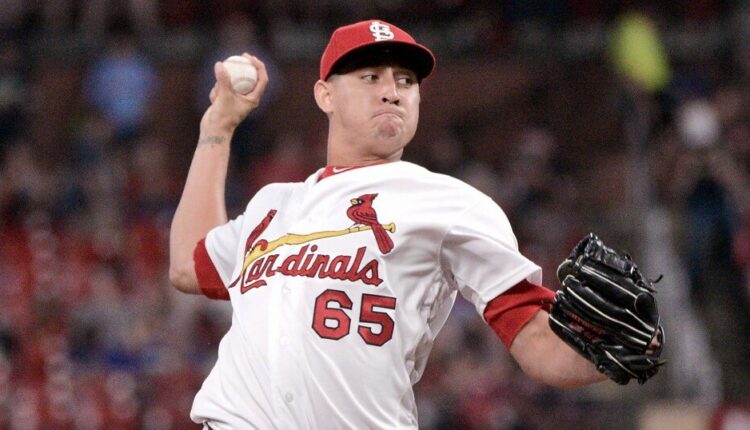 I could make a fervent argument, largely unsubstantiated, that the most sought-after statistic in our fantasy baseball game is saves.

There is much discussion and debate regarding how to roster saves.  Do you spend a high draft pick on a “certain” closer?  When you consider that, how many certain closers are there?  If you draft a closer in the second/third/fourth round, you’re gambling that he will get you 30+ saves with great ratios and strikeouts while leaving valuable offensive statistics on the board that you may struggle to recoup later.

So, let’s say that you do not draft a high-ranked closer early and start with a middle-range pitcher instead; for my argument’s sake, let’s say David Bednar.  And you know you need to fill in with late picks, but all the double-digit saves guys are all rostered.  Let’s take a look at some pitchers who could get you the so-called “vulture” saves or if you prefer, opportunistic saves.  These would be situations where perhaps the everyday closer needs a day off, or matchups dictate a different scenario.  Here we will look at relievers who might be able to nab you those six to eight extra saves, and who will be cheap to draft.

On the Hunt for Cheap Saves

Most pundits feel that Pete Fairbanks will have the role here in Tampa. But Adam has proven adept at finishing games as well. And with Fairbanks’ considerable injury history (lat muscle, numb right index finger, lower back, and shoulder issues in 2021), you have to at least consider stashing Adam.  With Andrew Kittredge still recovering from Tommy John surgery and Brooks Raley gone to the New York Mets, Adam could get the lion’s share of opportunities should Fairbanks succumb to injury or ineffectiveness.  Adam nabbed eight saves and 75 strikeouts in 63.1 innings with a minuscule 1.56 ERA and .76 WHIP. Adam limits hard contact (average 85.2 MPH exit velocity) and cut his walk rate to a more manageable 7.2%, down from 12% in 2021. Adam is going late if at all in drafts, 484 ADP in NFBC, so he is a potential source of cheap saves and ratio controls in the final rounds.

Alexis Diaz did a good job closing down games last fall, but Sims has been the de rigueur closer for two years now.  He’s been stymied by injury troubles, mostly to his back. I will never waiver from my stance that Sims could be a lights-out closer given health and opportunity. Obviously, Alexis Diaz has the role now but is far from a proven commodity.  Sims only got into six games last year and the results were disastrous: a 9.45 ERA, 1.65 WHIP, elevated walk percentage of 19.1 %, reduced strikeout percentage of 16.1%. A ridiculously small sample size that we should not pay much heed to in 2023.  He’s still only 28 and could get a chance should Diaz fall flat. Keep in mind Diaz has only a half season or so of closing under his belt, and there is the issue of the walks: his 12.9% rate was in the lowest 2% of MLB.  Should that become an issue and a change need to be made, Sims could swoop in for a shot. The ADP in NFBC right now for Sims is 551.  You could do worse.  I think.

Ryan Helsley would seem to be the clear-cut closer here, but there is some rumbling that Helsley might be used in a stopper role earlier in games, which would open up opportunities for former closer Giovanny Gallegos.  Gallegos did not lose the job because he was ineffective but as a byproduct of Helsley’s total dominance in 2022. Helsley had one of the best seasons on record for a relief pitcher. But one of my last visions of Helsley was the disastrous outing in the playoffs against the Philadelphia Phillies and the revelation that he had numbness in his fingers.  Gallegos was the closer before Helsley wrested the job away from him.  Gallegos had 10 saves at the All-Star Break, and only four thereafter.  At the very least he is a good source of ratio controls and strikeouts and could be a multiple-inning weapon for a strong Cardinals team.  And if manager Oli Marmol prefers to use Helsley in a stopper role (not as far-fetched as one might think), Gallegos could get his old job back.  Jordan Hicks lurks here as well, but I prefer Gallegos.

There might not be a more wide-open situation in MLB than the Tigers’ closer situation.  Trading Joe Jimenez to the Atlanta Braves and appearing to let Andrew Chafin walk in free agency leaves an open seat.  Alex Lange appears to be the frontrunner, but don’t sleep on Foley. Foley features a sinker (about 60% of the time) and a slider (about 24% of the time) and limits walks at a 4.3% rate.  That said, he does not offer any strikeout upside with a lower-than-average 16.8% K rate.  That said, he had a 57% groundball rate, and that could lead to a disproportionate number of slow rollers to Javier Baez.  By comparison, the MLB groundball rate is about 44%.  So, Foley could get some shots.

This is not a reflection of my belief in Camilo Doval; to the contrary, I think he is underrated in 2023. But it’s important to remember that Rogers saved 31 games last year in two stops, San Diego and Milwaukee, and thus has the important experience at the end of games that managers seem to crave these days.  Add in that manager Gabe Kapler has shown a propensity to play matchups and use a lefty/righty combo (recall righty Doval and lefty Jake McGee two short years ago), and the potential for Rogers to get 6-8 saves and a bunch of strikeouts makes him appealing later in drafts.

The best guess at this time is that the Angels signed former Rockie Carlos Estevez to be their ninth-inning guy this year. Being that he is unproven in the role, although clearly has the stuff to do it, holdovers Herget and Tepera could vulture opportunities, especially if Estevez continues to struggle with his walk rate, which was a tad high 9.8% last year.

This could be the longest of long shots here.  The Royals have a good closer already in Scott Barlow and one in the wings in Josh Staumont.  The best guess here is that the Royals give Chapman an opportunity to right himself (both on the mound and in the clubhouse) before flipping him (if he is successful) to a contender in the summer.  They have another power lefty in Amir Garrett as well, so perhaps one of them goes to a stopper role, and the other to a late-inning setup role?  It remains to be seen.  However, should Barlow get injured or lose his effectiveness…you see where I am going here.  Yes, it’s a long shot, but not outside the realm of reason or logic…at least to me.

Are you buying in on Tyler’s favorite bounce-back players? For more great analysis check out the 2023 FantraxHQ Fantasy Baseball Draft Kit!