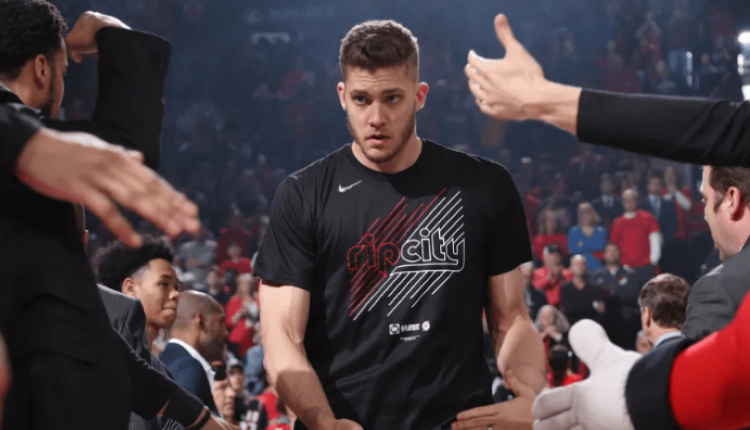 There is still lots of movement out there on the waiver wire as we head into Week 3. Impatient Managers are dropping good players, and some teams are shuffling their minutes distribution each game. Keep your eye on these key additions from our Week 3 Fantasy Basketball Waiver Wire.

Holmes has shown flashes of brilliance in the past and this season is no different. Without Marvin Bagley around, his athleticism and knack for rebounding have led to some great games recently. As a result, Coach Luke Walton has put Holmes in the starting line up and as his minutes have increased, so has his usage and overall fantasy value.

The Kings are struggling more than many expected, with Holmes being a shining light last week, averaging 15.8 points and 8.5 rebounds per game. He coupled that with 1.0 steals and 1.5 blocks at an excellent efficiency as well (73.7 FG%).

Holmes is still young, so there is plenty of upside in his game. Grab him off the waiver wire and ride the wave while you can!

The Heat have such a great system, that certain players thrive in their tough style of play. Leonard seems to be embracing the move from Portland and has put in some great games in the last week with Justice Winslow out. He has averaged 13.3 points, 7.0 rebounds, 1.7 assists with 1.0 steals and 2.0 blocks. He is a solid week three waiver wire addition if you need a decent center.

Schroeder has cemented his spot in the Thunder rotation as the key scoring piece off the bench and his ownership percentage has increased from 50% at the start of the season. He is playing 28.7 minutes per game and seems to be comfortable leading the second unit with 15.0 points, 6.0 rebounds and 4.0 assists per game.

The major knock on Schroeder has always been his efficiency, which has improved this season to 43.2% from the field. If he can maintain the efficiency improvement, Schroeder could end up in the top 100 players by season’s end.

There are a lot of ‘who he play for’ names on the Warriors squad this year. Paschall was one of those at the start of the season when the Warriors still had a chance at making the playoffs. Who would have thought that the Warriors would so quickly be one of the worst teams in the league?

Without Stephen Curry, Klay Thompson, and now Draymond Green, the Warriors will be relying on relatively unknown players like Paschall. He clearly has some upside value in scoring and rebounding with a good showing against Charlotte with 24 points, 4 rebounds, 2 assists, and a block.

Someone else is going to have to score alongside D’Angelo Russell and Paschall could just be that guy. Add with caution though, the Warriors are a mess at the moment.

Also, check out these five players you might want to target in trades and our Fantasy Blacklist with a few players you may have to consider dropping.

Got some more names for the Week 3 Fantasy Basketball Waiver Wire? Drop them in the comments below. We promise we won’t tell anyone in your league.