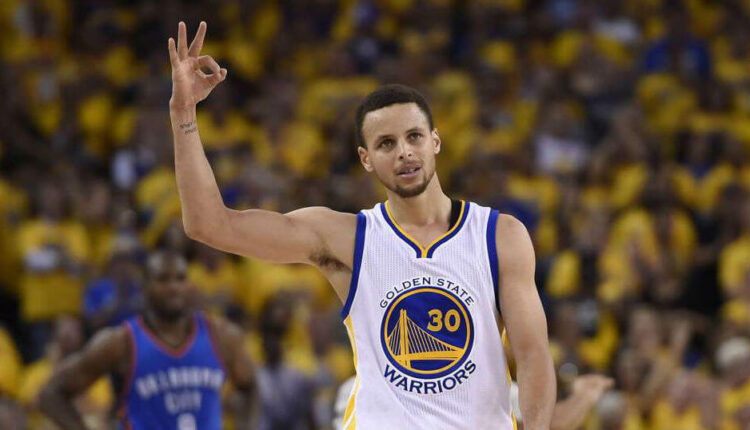 The fantasy blacklist is here to help you make the tough call. Although the season is a mere two weeks old, it could be time to cut bait in certain situations. A number of players are already struggling to produce at the level we had anticipated. Whether by injury or simply due to poor production, players may have to be let go. The call is yours to make, however, and the fantasy blacklist is perhaps, the nudge you need.

Leading off the fantasy blacklist is Steph Curry. Curry is going to miss at least the next three months with a broken hand. It was announced he would be re-evaluated at that time, meaning he could be looking at further games missed. This is a tough call to make given the obvious upside. Add to that the fact you likely took him with your first overall pick and you basically feel sick inside. The fact is that without an IR spot, Curry could be out until the All-Star game. For many of you that is basically the start of your fantasy playoffs. It is going to be tough to get through the regular season with zero’s across the board. You could try and offload Curry in a trade, dependant of course on how savvy your league is.

Nance presents an interesting case for many that drafted him with a mid-round pick. He is outside the top-150 over the first six games of the season. This is despite having a somewhat consistent role for the first time in many seasons. The main issue has been his lack of defensive numbers. Last season he contributed a combined 2.1 steals and blocks, compared to just 0.9 this season. Given his career numbers, there is certainly scope for these to increase. However, the strong play of both Kevin Love and Tristan Thompson definitely provides a roadblock for Nance.

Ingles has shifted to the bench for the Jazz, a move that has resulted in a marked decline in his production. Across the first seven games, Ingles is outside the top-100 in 9-category leagues. Given his recent numbers, this is likely the floor for Ingles. However, there also doesn’t appear to be a lot of room for him to improve in his current role. Despite flirting with top-100 numbers, chances are his spot could be more beneficial if used for streaming. You may even luck into a free-agent with a higher upside, someone that has a nice opportunity in front of them.

Gasol had been a solid top-50 fantasy player for many seasons during his time with the Grizzlies. Gasol was traded to the Raptors last season which changed his overall fantasy outlook. As a result, Gasol is not even inside the top-200 when looking at 9-category formats. He is scoring just 6.3 points per game, adding 7.5 rebounds and 0.3 blocks. The boards are nice but with the lack of supporting numbers, he is really just a streaming option moving forward.

Much like Gasol, White is currently ranked outside the top-200. He began the season with a number of strong performances, however, they typically came on unsustainable shooting. He has certainly regressed since then and is now connecting on just 36 percent of his shot attempts. I was not targeting him at all in standard formats for this very reason. Despite the point guard battle in Chicago, White simply doesn’t do enough to be considered in anything but deeper formats.

Much like Curry, Collins seems set for an extended stint on the sidelines. After dislocating his shoulder last week, it was initially thought he would miss only a couple of weeks. Collins was subsequently sent for surgery after scans revealed further damage. There has been no word on exactly how long he will be out. With that being said, recovery time for shoulder surgery is typically a minimum of three months. Even prior to the injury, Collins was outside the top-150 in 9-category leagues. Without an IR spot, Collins is a pretty clear drop at this stage.

Redick is another veteran that has seen a dramatic decline in both his role and production. He is playing just 24 minutes per night for the Pelicans, barely hitting double-digit scoring. He is still connecting on 2.5 triples, however, that particular category is typically available on the waiver wire. In line with that thought process, Redick should be viewed as a streaming option in 12 and 14-team leagues.

Despite playing 30 minutes per game, Gordon is managing just 9.3 points including 1.8 three-pointers. He is not even touching 16-team value right now, making him an easy drop in standard leagues. Danuel House Jr. has hit the ground running this season, offering more production across the board. Gordon moved into the starting lineup Sunday, however, the Rockets were embarrassed, trailing by 32 points at quarter time. Head coach Mike D’Antoni may revert back to House for the next game. That would see Gordon shift back to the bench where he should be viewed as a three-point streamer.