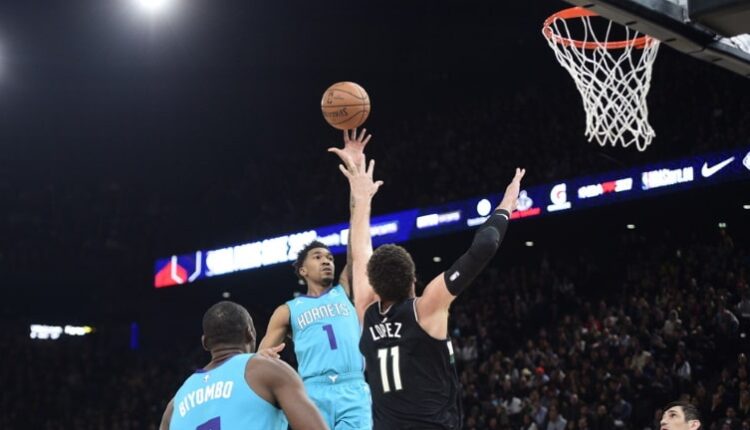 Today, Friday, February 26th isn’t technically a weekend. But let’s be honest by around 2 pm today it feels like it might as well be. If not, then surely by tip-off of the early games most of us have already settled into full-on weekend mode. Now on to more practical purposes for including Friday in Weekend Fantasy Basketball Streamers.

Focusing on Friday through Sunday allows for a wider variety of options when looking to pick up 2 games in 3 nights, which will be the focus of these articles going forward. Of course, this was greeted with one of the most packed three-day stretches in 2021, where 19 of the league’s 30 teams play two games in three nights.

This isn’t the first, and likely won’t be the last time I’ve highlighted Piston players. Saddiq Bey (though he’s DTD) and Jerami Grant are still great long game choices. As for this weekend, Josh Jackson could see an uptick in minutes due to the absences of Bey and Delon Wright. Jackson’s upside is quite glaringly points, but his rebounding has been fairly consistently above 5 per since Derrick Rose’s departure. An interesting play could be former rookie of the year favorite turned Knicks bench warmer, Dennis Smith Jr. The PG will likely remain in the starting lineup, and while he hasn’t turned in any huge games yet, he has hit 2 threes and dished out 5 or more dimes in two of his last four games. It wouldn’t be shocking to see him have a breakout performance this weekend against the defensively inept Kings, or in an act of poetic schadenfreude, his former employer, the Knicks.

The Rockets, like years past have moved away from a traditional center, even if for the short term. In the absence of Christian Wood and the exit of Demarcus Cousins, Houston is platooning a number of guys with fantasy potential. Jae’Sean Tate, and Danuel House both start, with David Nwaba an intriguing option off the bench. House is a great pickup if you’re chasing threes, averaging nearly 2 a game over his last ten, while Tate brings high steals potential and consistent rebounding. David Nwaba plays the most inconsistent minutes but also the highest ceiling output, with a 22-9-2stl line just two games ago. It really depends on which stats your chasing heading into the weekend, but the Rockets may have a guy to fit the bill.

Kendrick Nunn is still only owned in 70% of leagues and has been on an absolute tear. Over his last five, he’s averaging, 17.8 points, 4.6 ast, 3.6 reb, 1 blk, 1 stl. The second-year guard is playing big minutes in the absence of Tyler Herro, but with his current form, he’ll likely remain a major part of their rotation.

With Devonte’ Graham out Friday and fellow starter Cody Zeller also out, Malik Monk projects to play 25+ minutes again.  Monk has scratched and clawed his way up from under 15 minutes a game at the start of the season to his current good run of form. The fourth-year guard has scored 20+ and hit 4 or more threes in 3 of his last 4 outings, and shooting 48% from distance. He isn’t likely to produce ample statistics outside of the scoring realm, but he has 4 or more rebounds in 4 of his last 5 games, and relatively speaking his non-scoring production compares well to similar guards like Gary Trent Jr.

Between multiple waiver-related articles, I have mentioned a number of players that still remain available in 30-40% of Fantrax leagues. Here is a list including their likely statistical benefit heading into the final 3 day stretch of the fantasy week.

Luguentz Dort OKC SF/PF – All around, three-pointers made

Patrick Williams CHI SF/PF – All around

Fantasy Value in Big 6 Matches: To Play or Not To Play?