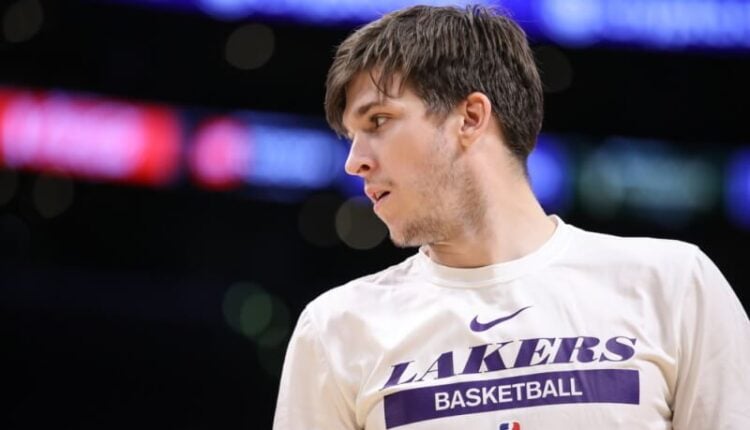 Welcome back to another week of the fantasy basketball stock report! As we head into Thanksgiving weekend, injuries across the league seem to be at their highest volume, creating a plethora of opportunities for a number of players throughout the NBA. For fantasy purposes, this is helping a lot of guys see their stock quickly on the rise, while others are not having the same fortune. Let’s dive right in and examine a handful of players who are seeing this high volatility in recent days.

With LeBron James still sidelined with a thigh injury, Austin Reaves has taken his place in the starting lineup, and he has more than delivered in the King’s absence. Reaves has now topped double figures in four straight, averaging 17.8 points on a wildly efficient 61.5% from the floor. And with 4.0 assists and 2.7 triples per game over his last three, he is only picking up steam as he grows more and more comfortable with the larger role on offense. His stock is quickly on the rise for as long as he remains a starter, and his expanded role could certainly stick around long after LeBron returns given how much the Lakers have struggled this year.

After an overall slow start to the season in mostly limited minutes, De’Anthony Melton has seemingly been shot out of a cannon over his last two games, posting perhaps his two best games of the season. Seeing over 36 minutes per game in the span, Melton averaged 14.5 points, 6.0 rebounds, 6.0 assists, 2.5 steals, and 3.5 threes for an incredibly well-rounded stat line. The 76ers are extremely banged up, making this type of performance somewhat sustainable in the short term for Melton, whose stock is skyrocketing as he has instantly become a must-start player for as long as he is receiving this level of opportunity. Don’t miss out.

With both Kawhi Leonard and Paul George hurt, the door has opened for Norman Powell to step up as a primary scorer for the Clippers. Over his last two games, Powell is averaging 28 points and 4 threes, shooting a ridiculous 64.5% from the floor in that span. The Clippers are desperate for offense, and Powell seems like one of the main guys to fill the void moving forward, so these breakout games could be very sustainable in the near future. His stock is quickly on the rise as a result, and it will only go higher if he starts to contribute more consistently in other categories.

After playing just 42 minutes over the course of the entire season, Quentin Grimes has now seen 65 minutes over his last two games, thanks in large part due to the groin injury suffered by Cam Reddish. Grimes was previously being used “situationally” as Tom Thibodeau so eloquently put it, but it seems that the former first-round pick is finally ready for a more significant workload. While 9.0 points, 5.0 rebounds, and 4.5 assists are not the most overwhelming averages, the playing time is a much more significant indication of things to come, and his stock looks ready to soar as a result. This type of workload likely won’t be here for the long run, but he is more than capable of earning enough playing time to maintain value in fantasy hoops even once the Knicks return to full strength. This is an exciting development for the 22-year-old.

After posting five strong games in a row that saw him reach double figures every night with plenty of across-the-board production, Derrick White seems to have lost nearly all of his momentum overnight. After a steady rise in his stock, it all came crashing down with Marcus Smart returning to the lineup and Malcolm Brogdon having a strong performance in his second game back from injury. With both of them healthy and playing at a high level once again, White’s fantasy value takes a big hit, and he will go back to being a guy who is much more valuable to the Celtics than he is for your fantasy team. It was fun while it lasted.

Fantrax was one of the fastest-growing fantasy sites over the last few years, and we’re not stopping now. We are the most customizable, easy-to-use, and feature-rich platform in the industry, offering the greatest fantasy experience for your dynasty, keeper, redraft, and best ball leagues. Fantasy sports doesn’t sleep, and neither does Fantrax, with seasons running 365 days a year. Take your fantasy leagues to the next level now at Fantrax.com!
fantasy basketball stock report
Share