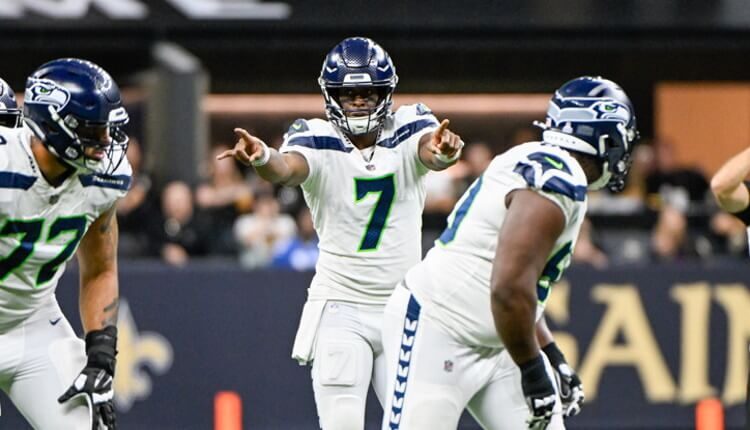 Welcome to Week 12, folks. The good news is that we don’t have to navigate any pesky bye weeks this week. Yay! The bad news is that there are a couple of injuries and possible quarterback changes that will affect the Week 12 quarterback rankings. Boo! So before we dive into the rankings, let’s take a quick look at some of those injuries and possible changes under center.

On the injury front, Justin Fields is day-to-day after suffering a left shoulder injury. The Bears have their bye in Week 14, so it’s possible Fields is kept out for extra recovery time. If Fields misses any time, Trevor Siemian will get the start. It’s unclear who will start for the Rams in Week 12. Matthew Stafford missed Week 10 with a concussion.  He’s now being monitored for another injury after he left Week 11 early. Third-stringer Bryce Perkins took over in Week 11, with John Wolford out with a neck injury. As always, be sure to stay on top of the injury reports throughout the week and adjust your lineups accordingly.  UPDATE:  Matthew Stafford is out with a strained neck and Bryce Perkins will get the start.

There’s been a quarterback change in Carolina.  Sam Darnold is starting against Denver this week, replacing Baker Mayfield. In Houston, head coach Lovie Smith has yet to commit to Davis Mills remaining the team’s starting quarterback. Backup Kyle Allen could see playing time starting in Week 12. Similarly, Jets’ head coach Robert Saleh was noncommittal about Zach Wilson starting in Week 12 against Chicago. Either Joe Flacco or Mike White could get the starting nod. Stay tuned.  UPDATE:  Zach Wilson was benched and Mike White will start in Week 12.