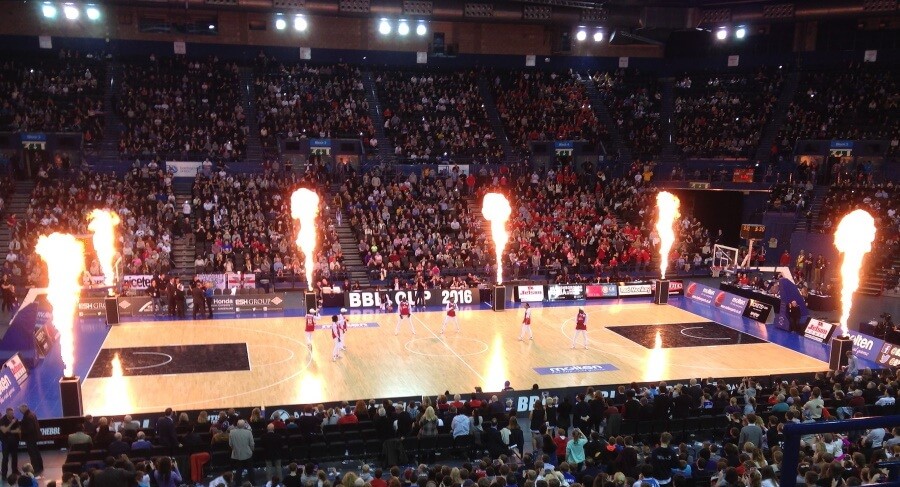 For many of you, the fantasy basketball season may already be a lost cause. If that’s the case, it’s never too late to rally your mates together for a mid-season draft. Fantrax gives you the option to start a new league at any point during the season. Take what you have learned over the first few months and use that knowledge to dominate in a new league.

For others, the playoffs are just around the corner and strategy could be essential. Injuries and injury management are going to factor heavily down the stretch. Staying one step ahead of your opponents is crucial to your chances of winning it all.

Our in-season draft guide caters to all the managers out there, no matter the situation. All your bases are covered, including the player rankings for the rest of the season. Based on eight-category leagues, I have projected who I think will shine over the final weeks of the regular season as well as the playoffs. I breakdown each team, detailing a few late-season sleepers and stream options, based on your categorical requirements. Finally, I touch on a couple of strategies to help you move forward and hopefully emerge victorious come April. Combined with our regular two-week player rankings, trade targets, and waiver wire pieces, you are all set to make a push or dominate in your new fantasy basketball league.

What?! You’re not hosting your fantasy basketball league on Fantrax? Inconceivable!! Check out all the features of Fantrax Fantasy Basketball Commissioner. We’re pretty sure you’ll come around to our way of thinking.

For the purpose of the in-season draft guide, players are categorized using two methods. Sleepers are those who could have sustainable value at some point moving forward. This value is viewed as a natural progression as opposed to injuries to other players. Streamers are those who are unlikely to move into a more sizeable role but can help in specific categories.

Larry Nance (should be rostered)

Kevin Porter Jr. (should be rostered)

Jerami Grant (should be rostered)

Marquese Chriss (should be rostered)

Danuel House (should be rostered)

De’Anthony Melton (should be rostered)

Brandon Clarke (should be rostered)

Donte DiVincenzo (should be rostered)

Shabazz Napier (should be rostered)

Mikal Bridges (should be rostered)

Derrick White (should be rostered)

Managers everywhere are either sitting atop their standings or languishing at the bottom. However, many of you are somewhere in the middle, fighting to scrape into your league’s playoffs. If this is you, there might be a couple of strategies you could enact moving forward.

The first is to consider punting, even if it is something you have tried to avoid thus far. Take a look at your standings to see where you rank in each category. Chances are you are well placed in a few while struggling in others. The aim is to try and build on your strengths, even if that means trading away a favorite player of yours. For instance, perhaps you are stronger in guard-heavy categories such as threes, assists, steals, and free-throw percentage. You may also have Rudy Gobert on your roster, a player who negatively impacts basically all of those areas. Gobert has been playing well over the past month and you can probably trade him away for a top-20 player such as Devin Booker. This move could certainly help as you look to establish a solid base for the last few weeks.

In addition to trading to bolster your strong categories, simply targeting certain players on the waiver wire can help. If you have a set of statistics you are chasing, try to find those when scouring the wire. Don’t be afraid to pick up a player who only helps in one or two categories. If you are strong in steals but could do with a small boost, consider someone like Matisse Thybulle. He will not help you in anything other than steals and blocks but that could be enough to get you over the hump.

The second strategy is to look at streaming a couple of roster spots to maximize games played. This is, of course, dependant on your leagues’ settings. If you are able to stream as much as you like in any given week, the method is simple. check the waivers every day and pick up players based on matchup and categorical need. If your league has a limit per week, there is a little more planning required. You will need to be aware of how many games each team plays during the week. In addition, knowing which teams are playing on the low-volume days can be crucial. Our schedule grid is an easy way to plan for the week ahead, taking the leg-work out and making life a whole lot easier.

Using either of these methods could help as you push to make a late charge towards the championship.

Is Adam on the money with his in-season draft guide? Let him know in the comments below! Also, check out our waiver wire and all of our other fantasy basketball content.