Hitting The Target: Late Round Stolen Base Sleepers 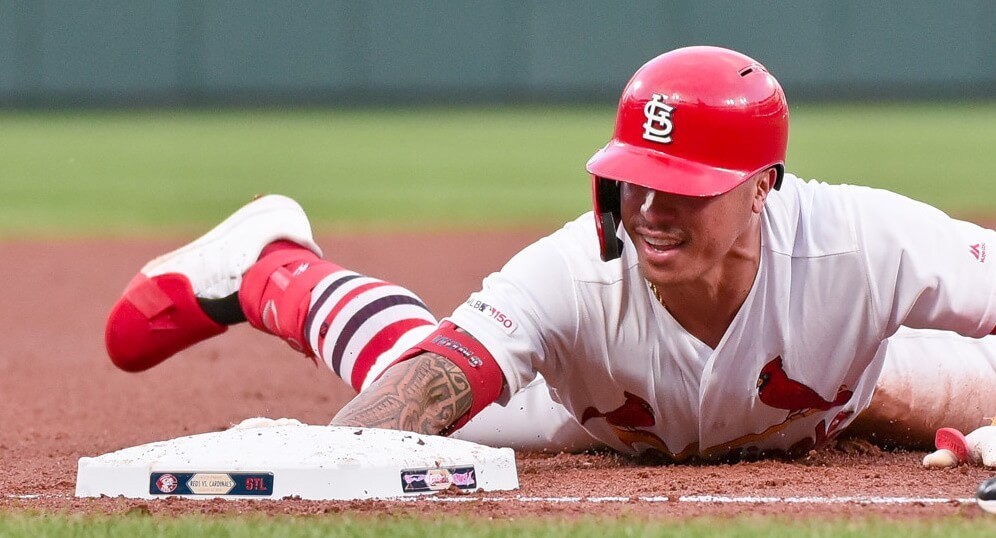 “Stolen bases are scarce,” is something that gets drilled into our heads as fantasy analysts. As the real game trends away from stolen bases, they are becoming increasingly hard to find. Performing any sort of standings analysis will show you the value of a single steal. However, many of the top stolen base providers are rabbits, they provide little to nothing outside of their stolen base totals. For much of this offseason, other members of the Fantrax team and I have been posting Player Debate articles. We compare two players at the same position with similar ranking spots. For me, the deciding factor for almost all of these debates has been steals. Any non-zero contribution in the category goes a long way towards keeping you competitive. With that in mind, today’s post attempts to identify a few stolen base sleepers you can target in the later rounds of your upcoming drafts.

As always I will be using the standings analysis numbers provided to Fantrax by Tanner Bell, the co-author of The Process. He gave us the numbers from the 15-team Main Event and 12-team Online Championship NFBC leagues.

Hitting the Target: Stolen Base Sleepers

The target number for stolen bases in 12-team leagues is 9.6 per player while in the 15 team leagues we are looking for 9.2 stolen bases per player. Typically, for these pieces, I have looked at all players beyond pick 200 who meet that minimum standard. However, due to the nature of stolen bases, I am going to change this up a bit. For me, if I am drafting a player hoping for stolen base contribution, I need a minimum of 15. According to Steamer, 32 players project for at least 15 steals. Yet only four of these players are being drafted outside of pick 200.

Kolten Wong (ADP 229.77) quietly had an elite fantasy season in 2019. The Cardinal second baseman had 24 stolen bases to go along with 11 homers and a .285 AVG. For Wong, the biggest key was reaching over 500 PAs. He accomplished this for the first time since 2015. The 10-15 homer power has always been there but the massive stolen base increase is a new trend for Wong. There is nothing to suggest that this trend will not continue so 10-to-20 is an attainable outcome for the 2020 season. Wong is not just one of the better stolen base sleepers. He’s one of the most underrated players altogether.

Nick Madrigal (ADP 279.85) is going too high in drafts for my taste. The diminutive White Sox prospect is a future batting champion and a throwback in playing style. He makes insane amounts of contact with little power to go with it. He has hit a total of four homers across his minor league career. The price this season requires essentially a full season worth of production which, I do not see happening. The White Sox are in win-now mode but I would rather let someone else chance the two-category production here.

I will never be able to quit Kevin Kiermaier (ADP 368.88). For fantasy, defense means nothing but Kiermaier is an elite defender allowing him some lee-way with the bat. That is good news because the past two seasons have been truly dreadful offensively. However, he is one of a handful of players who project to reach 15 homers and 15 steals. He came up just short in 2019 finishing with only 14 homers in his 129 game played. As long as he is the Rays’ CF, I will be drafting Kiermaier as a fantastic bench option who I am comfortable using as an OF5 if needed.

Victor Reyes (ADP 461.32) should be going at least 100 picks sooner than this. The Tigers’ RF struggled as a Rule 5 pick in 2018 and was mercifully sent back to the minors to start 2019. He performed well and was called up late last season. He hit over .300 and stole 10 bases in his 70 games fuelling his solid projections. Reyes does not have big power but with a full season of at-bats could reach double digits. Pair the power with the upside for around 15-20 steals, the overall package is similar to that of Kolten Wong.