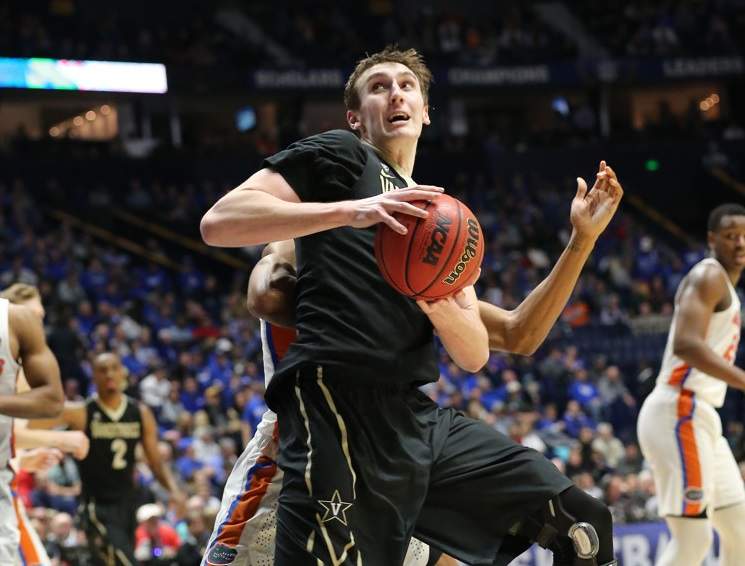 2019 kicked off with just five games, including Luke Kornet and the New York Knicks pushing the Denver Nuggets all the way. I’ll look over all five games, breaking down those players who are looking to start the new year with fantasy-relevant play, including Kornet who’s time as a starter continues to trend in the right direction.

Norman Powell (9%) – Drop: Powell scored 14 points Tuesday and has now scored in double-figures in three of his past five games. It is basically a case of next man up for the Raptors as long as Kyle Lowry is out, making Powell very hard to trust moving forward.

Dante Exum (24%) – Watch: With Ricky Rubio back in the starting lineup, Exum finished with just eight points and three assists. He still managed to play 18 minutes even in a close game and is still worth keeping an eye on to see if he can lift his production despite coming off the bench.

D.J. Wilson (11%) – Drop: Wilson had his worst game in two weeks Tuesday but still saw 17 minutes of playing time. Ersan Ilyasova is nearing his return and soon as that happens, Wilson will likely struggle to have any sort of value.

Reggie Bullock (40%) – Add: Bullock scored just six points Tuesday in one of his poorer games but still should be rostered in most formats, especially if you need perimeter scoring.

Khyri Thomas (8%) – Drop: Thomas scored 13 points Tuesday but that was more than his combined total over the past six games.

John Leuer (3%) – Drop: Leuer put up solid numbers Tuesday but Zaza Pachulia was out which meant Leuer was given a longer leash in regards to playing time.

Mason Plumlee (39%) – Drop: Plumlee’s run as a starter will likely come to an end very shortly with Paul Millsap continuing to work his way back into the rotation.

Malik Beasley (26%) – Stream: Beasley scored a career-high 23 points Tuesday, taking his double-digit scoring streak to five games. He is chipping in with rebounds, assists, and steals and although he is going to trend down as the Nuggets get healthy, he is worth streaming in at the moment.

Torrey Craig (8%) – Drop: Craig scored 13 points in Tuesday’s victory, but the return of Gary Harris is not a good sign and will likely relegate Craig to the bench in the near future.

Luke Kornet (28%) – Add: Kornet finished with 19 points including four triples, furthering his claim as a must-roster player in standard formats. Since moving into the starting lineup, Kornet is averaging 18.7 points, 5.0 rebounds, 3.7 assists, and 5.0 three-pointers.

Moe Harkless (26%) – Add: Harkless came within one rebound of a double-double Tuesday, returning after a one-game absence. Over the past two weeks, Harkless is the 114th ranked player across standard formats. He doesn’t have the highest upside but his ability to contribute in a number of areas give him limited backend value.

Seth Curry (13%) – Watch: Curry scored a season-high 18 points in Tuesday’s overtime win and has now clearly moved past Nik Stauskas in the rotation. Keep an eye on him to see if he can keep his strong shooting going over the next few games.

Iman Shumpert (21%) – Add: Shumpert had another three steals Tuesday, adding nine points in the overtime loss. Shumpert has been a top 80 player over the past two weeks and while this production may not last, he is worth adding in if you need points, threes, and steals.

T.J. McConnell (19%) – Stream: McConnell had an excellent all-around game Tuesday notching double-digit scoring for the third straight game. Over the past week he is the 66th ranked player and while that number is certainly not sustainable, give him a look if you need assists and steals.

Jonah Bolden (8%) – Drop: Bolden has certainly worked his way into the rotation but offers very little in terms of value at this stage.

Why One-Catcher Leagues and Millennials are Ruining Fantasy Baseball