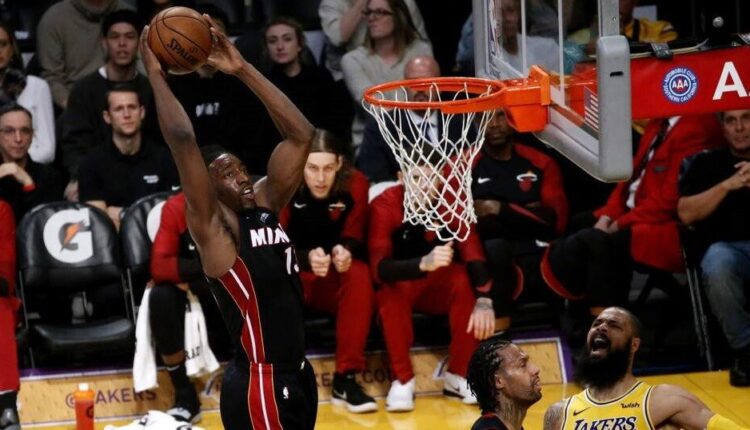 Many people in the fantasy basketball community are quick to highlight their wins and not acknowledge their losses or bad calls. I feel it’s my duty to be transparent with the advice I have given whether or not it’s worked out or not. When reviewing a fantasy basketball prognostication it’s important to look if the process was right. If the process was wrong it doesn’t matter if the outcome was correct. A broken clock is right twice a day. The following is a list of players from my first buy-low article on October 25th titled “Buy Low Targets for Week 2 of Fantasy Basketball.” This article is based on 9 category leagues like my previous one.

When I advised you to buy low on Anthony Edwards he was well outside the top 100. My rationale for investing in Ant-Man is that he would clean up his free throw percentage and turnovers. The turnovers are still inflated so that isn’t great but we have seen positive regression to the mean on the free throw percentage. If you bought Anthony Edwards in fantasy basketball after reading my column you would have an asset that is close to producing top-50 value. The process behind my educated guess was half right and the outcome is currently looking good. We’re going to count this as a fantasy basketball win.

Adebayo has been awesome after a rough few games to start the season. I pretty much said he would be a top-50 lock in fantasy basketball. Since then he’s been top 25 (35th including the rough start). Where my process was right is that we are getting a similar Bam to last season. However, I didn’t expect him to drastically improve his free throw shooting (+11% from last season). This is a win, but I have no idea if he’ll maintain that shooting from the charity stripe.

Sabonis struggled in his first couple of games. I predicted he would round into form and he has. His strongest categories are rebounds, field goal percentage, and blocks. This is looking like the third straight year Domantas Sabonis will be a top-50 fantasy basketball producer. Hopefully, you managed to buy low.

Tyrese Maxey is currently injured. Nevertheless, this call still wasn’t good. His fantasy basketball value strangely declined after James Harden got injured. Based on per-games statistics Maxey was producing just outside the top 70 which is slightly worse than last season. His turnovers and up and his percentages are down despite scoring an addition 5 points per game. Give me the L on this one.

I don’t know if my Mikal Bridges call was brilliant or not strong enough. When I recommended submitting offers for him I think he was outside the top 150. With Jae Crowder on the couch, I expected Bridges to at least maintain his value from last season when he finished 55th. Currently, he’s in the top 20 this season. However, I don’t know if his 37+ minutes per game is sustainable. Mikal has been the model of good health over his career so of anyone maintaining high minutes I would feel good about this ironman. His numbers are up across the board. What stands out is that Mikal has almost tripled his blocks per game from last season. When Chris Paul returns we may see a regression to the mean on the assists.

Jamal Murray wasn’t a guy I drafted on any of my fantasy basketball teams this season. Frankly, his ADP was too high. However, after a slow start, I was ready to buy. Murray was returning from a significant injury. I estimated it might take about a month until we saw 90% of the old Jamal Murray. The arrow is starting to point in the right direction and the buy-low window is likely closed. It’s tough to count this as a win because Murray still isn’t a top-100 player on the season but if we are just looking at the last three weeks he’s been the 33rd-ranked player. Jamal Murray has been a top-50 player once. That was in 2020-21 when he was the 32nd-ranked player on per-game numbers before suffering the injury.

Telling you to buy low on Jordan Poole is looking like a big mistake. If you squint his counting stats look kind of similar to last season. Poole’s simply just not shooting as well this season and he’s been sloppier with the basketball. His fantasy basketball per-game value has decreased by about 100 spots compared to last season. The “Poole Party” may be over. I accept defeat on this one.

Can I call him Wowry? There are no Ls here. The only concern for Kyle Lowry is health and how long his body can hold up. He’s playing over 35 minutes per game which is an interesting choice for Erik Spoelstra. Lowry simply is a productive NBA and fantasy basketball player. He’s currently producing top 60 value on per-game numbers. Maybe that decreases a little when Jimmy Butler returns, but if you bought low congratulations.

So I said if Mitchell Robinson could be healthy and avoid foul trouble he would be a useful commodity for fantasy basketball. He recently returned from injury and is looking alright. I’m going to stick with my initial call even though it hasn’t panned out yet. The Knicks’ other centers haven’t looked good. Mitchell Robinson is good. Maybe he gets injured again and this suggestion is as good as putting your money in FTX, but I’m chasing the upside of crypto here. And we cannot forget Mitch was in that top 50 zone for fantasy basketball in his first two years in the NBA.

I typically don’t indulge in rookies, but Tari Eason’s preseason play sucked me in. The Houston Rockets are a dumpster fire. Why aren’t they embracing the tank and developing their young players? I don’t know and Eason is actually good. Maybe this is an L for me, but I’m doubling down and still buying. Tari Eason needs to play at least 25 minutes per game. His on/off is +12 points per 100 possessions. The analytics say he’s good. The eye test says he’s good. At some point, Stephen Silas has to figure this out.

My call on Onyeka Okongwu was a colossal failure. The process was bad. If we look at Okongwu’s role last season he was the clear backup. And on top of that, his minutes slightly declined as the season went on. Since advising you to buy low on Okongwu his fantasy basketball value hasn’t improved. I like the player but this is not a good situation. Clint Capela continues to produce for the Hawks and even when he missed a couple of games Okongwu did not seize the opportunity to show he can be more than a reserve player. John Collins has been in trade rumors for a long time and it’s possible the Hawks move him by the deadline. Maybe then Okongwu will see a slight uptick in minutes and we’ll get some lineups where he plays next to Capela. I’m not holding out hope though. I fully own the loss on this call.

I had some buy-low hits and misses at the start of this fantasy basketball season. Hopefully, you were able to capitalize on the hits and avoid the misses.

Fantrax was one of the fastest-growing fantasy sites over the last few years, and we’re not stopping now. We are the most customizable, easy-to-use, and feature-rich platform in the industry, offering the greatest fantasy experience for your dynasty, keeper, redraft, and best ball leagues. Fantasy sports doesn’t sleep, and neither does Fantrax, with seasons running 365 days a year. Take your fantasy leagues to the next level now at Fantrax.com!
fantasy basketball buy low
Share