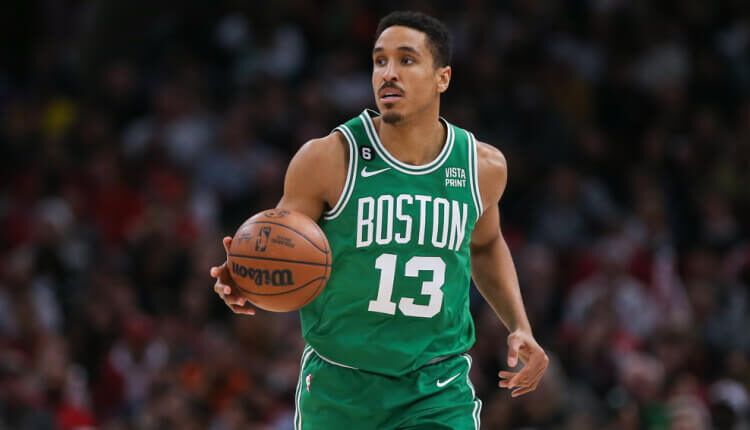 We’re back with another weekly edition of the fantasy basketball stock report! As we move into December, we are finally starting to have a large enough sample size to determine which surprises are legit, versus the ones that have reverted back to the mean. Even so, there are still several injuries and other roster shakeups that impact the fantasy landscape every day, and those opportunities always lead to players seeing their stock either rise or fall, sometimes drastically. So let’s get right into it and identify a handful of players who have seen their stock move significantly in recent days.

After missing four games in the middle of November, Malcolm Brogdon has really started to find a rhythm with his new team, posting some very impressive numbers over his last five contests. The veteran guard has knocked down multiple threes in all five games, reaching double figures in scoring four times, while surpassing the 20-point mark twice. He is also doing this while providing over 4 boards and 4 assists per game despite playing just 23 minutes a night. This current pace is more than enough to provide fantasy value over the course of the season, but his stock could rise even higher if he is worked up to a larger workload. Obviously, Boston’s primary goal is to keep him healthy for the postseason, but it is quite reasonable to expect his minutes to rise toward the 28 range, which would enhance his already solid numbers immensely.

After playing 30 or more minutes in just four of his first 17 games this season, Kelly Olynyk has topped that mark in each of his past six contests, and that has resulted in the big man posting top-25 value in that span. Across those six games, Olynyk has knocked down 13 threes to go with 8 steals and 9 blocks, while topping 20 points scored in two of his last three. The veteran is rolling right now, and Utah has no one else down low to steal his minutes, so his stock won’t be going down anytime soon.

After topping 20 points just twice through his first 11 games of the year, Jamal Murray has reached that mark in four of his last five games, as he continues to work his way back from last season’s injury. Murray is starting to find his offensive rhythm, most recently dropping a season-high 31 points in just 25 minutes against Houston on Monday. The talented point guard has proven in the past that he is more than capable of putting up elite numbers when fully healthy, and it appears he is finally finding that midseason form. His stock is quickly rising, and depending on the price you paid to roster him this season, he is looking like someone who could potentially be a league winner.

Andrew Nembhard returned from a knee injury to knock down four triples, including a game-winner to beat the Lakers, on his way to 12 points, 4 boards, an assist, a steal, and a pair of blocks in 29 minutes off the bench for Indiana. The rookie played a great game, and he was a key component to the team’s major fourth-quarter comeback to beat the Lakers. Gaining the confidence of his coaches, and with Chris Duarte set to miss a decent chunk of time, the former Gonzaga star seems in line to receive more minutes moving forward, and he has shown the ability to capitalize on the additional playing time. Nembhard’s stock is quickly on the rise, and his long-term outlook is looking fantastic as he gains more experience over the course of his rookie year.

Jalen Suggs has had an overall promising sophomore season, showing flashes of brilliance despite still being an overall inconsistent contributor. However, he has missed his last two games due to a minor ankle injury, and he will be returning to a much more crowded backcourt than when he left it. Both Markelle Fultz and Cole Anthony will be returning to the court for Orlando, creating a major logjam in the backcourt. While it is possible he eventually asserts himself as the main guy, it is far from likely, and a timeshare will likely reduce his minutes and usage enough that any fantasy value he was carrying could very well dwindle away. His stock is dropping fast, and there is no guarantee it will come back up any time soon.

Fantrax was one of the fastest-growing fantasy sites over the last few years, and we’re not stopping now. We are the most customizable, easy-to-use, and feature-rich platform in the industry, offering the greatest fantasy experience for your dynasty, keeper, redraft, and best ball leagues. Fantasy sports doesn’t sleep, and neither does Fantrax, with seasons running 365 days a year. Take your fantasy leagues to the next level now at Fantrax.com!
fantasy basketball stock report
Share