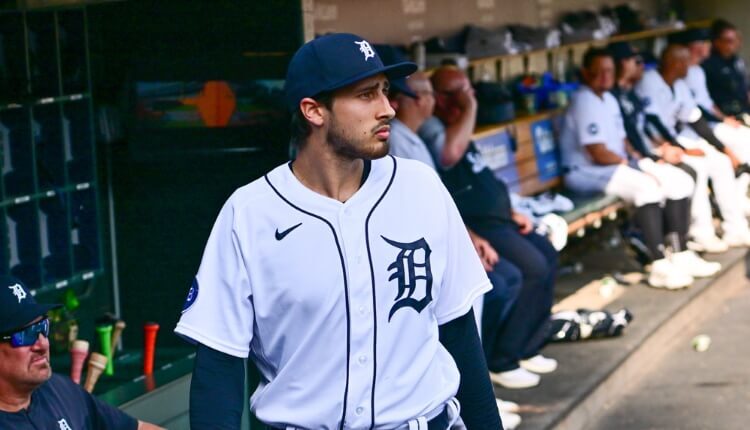 Need a little extra boost this weekend to win your matchup? Look no further than my weekend pitching streamers! Each weekend there are lower-rostered pitchers who could help your squad finish the week with a dub. I will give you players that are rostered in less than 50% of CBS leagues that have advantageous matchups. Not all of these guys are desirable options though, so I will also include a streamer confidence rating between 1-10. Good luck, and happy weekend streaming!

Castellanos has been pretty decent so far this season. Although he isn’t going to give you great strikeout numbers with a 16.5% K rate, he has limited the damage done against him. He will be up against the Cubs, who rank near the middle of the pack in offense this season. The Cubs strike out more than 80% of the league, providing the opportunity for Castellanos to rack up at least a handful of K’s.

Why not give Silseth another go against the team he debuted against last Friday? The risk here is starting a pitcher against the same team twice in a row. But, this is the A’s we’re talking about here. Silseth has a good offense backing him and will be up against one of the lower-scoring teams in the league. I trust Silseth to put up a similar performance to his MLB debut, maybe even adding a few more strikeouts with a good chance for a win.

Faedo has looked good, but also hasn’t faced the strongest competition. He hasn’t given up more than two runs in any of his three starts this season, but what scares me a little is that he hasn’t been truly tested. The Guardians aren’t as bad of a matchup as you would think. As a team, they have the 2nd lowest strikeout rate at 19.7%. They also have the highest team ISO and wRC+ of any team that Faedo has faced to this point. I’m not too confident in this streamer, but he is the best option for Saturday.

Ober will be coming off the IL to make this start, so it will be interesting to see how long he goes. Regardless, the Royals are a good team to tune up against. Kansas City ranks 27th in both team ISO and wRC+, but they only strike out more than five other teams. They also rank in the bottom five offenses against RHP. The main risk here is Ober’s ability to pitch deep in the game coming off of the IL. Otherwise, I like his matchup against the Royals as a streamer on Sunday.

After Ober, my confidence in streamers really falls off on Sunday. The next best option is Miley, who put up a quality start in his last appearance, albeit against the Pirates. This might be my swing for the fences pick of the weekend, as I hope that I have better options to close out the week. Arizona’s offense is about average against LHP, but they also strike out at an almost 25% rate. I’d be crossing my fingers starting Miley, but he should at least be serviceable against a Diamondback squad that has cooled off as of late.