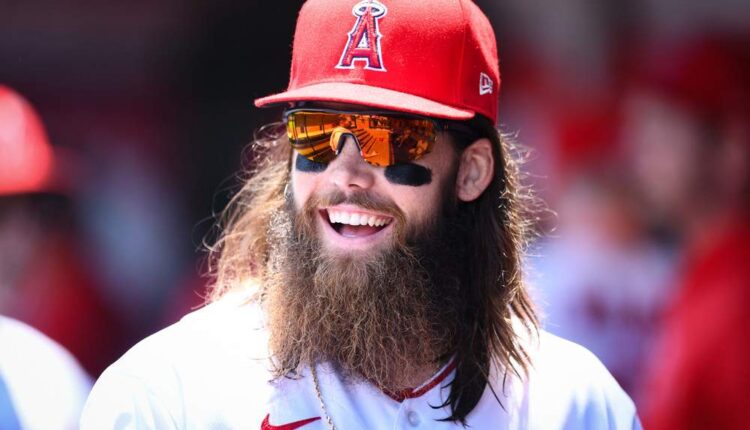 As we enter week three of the season, players are beginning to settle in and data on Fangraphs and Baseball Savant have a larger sample size to pull from. Now, it’s still only been two weeks since the start of the season, but we can now start to identify trends for both hitters and pitcher in terms of pitch mix, QoC metrics, approach changes, etc. That’s the common theme in this week’s Fantasy Baseball Waiver Wire Report which is led by some young hitters, a potential new closer in the Midwest, and an underrated arm out west.

After a lackluster 2021 debut at the surface, Brandon Marsh has made improvements in 2022 that have him firmly on the mixed-league radar as a solid pickup this week. As was the case last season, Marsh has a hard-hit rate above 50% so far this season and has an impressive .323/.425/.516 slash line to go with it. However, that’s not what has impressed me the most thus far. All of this is what we knew Marsh was capable of given what he showed in the minors, but it’s his improved approach from last season that has impressed me the most.

After posting a 35% strikeout rate, 33% whiff rate, and a 27.3% chase rate in 2021, Marsh has cut all of those down to 20%, 23%, and 18.4% respectively. All much improved and all better than league-average now. Marsh has also improved his zone and chase contact rates while walking 12.5% of the time as well. Marsh has the power and speed to flirt with 20/20 this season, especially if this improved approach sticks moving forward.

Can someone tell me why Jeremy Pena is still available in around half of redraft leagues? If he’s available in your league, go add him immediately. Not only is Pena hitting .308 with two home runs through his first 45 plate appearances, but he also ranks in the top-15% of hitters in AVG EV, xwOBA, xSLG, and barrel rate while also having a 77th percentile hard-hit rate and a 91st percentile sprint speed as well. Sprint speed isn’t everything when it comes to stealing bases, obviously, and Pena has zero steals so far, but he could add around 10 over the course of a full season with 20 home runs and a solid AVG/OBP as well.

There's a new shortstop in H-Town and he can swing it.

There’s potential for more power too and Pena has given us glimpses of that already with a 20% barrel rate and 50% hard-hit rate. He needs to be rostered in every 12-team or deeper league right now and probably even 10-teamers as well. So, I repeat, go and add him if he’s available in your league.

Listen, I’m fully aware that there’s nothing sexy about rostering Adam Frazier in fantasy. But sexy doesn’t always win championships. Frazier is a player that can help you in two areas more than the rest: runs and AVG. He’s never going to light up his savant page with red but he’s a career .281 hitter that is hitting .283 this season with seven runs and a steal while settling in as Seattle’s leadoff hitter. If you need some depth or a replacement at 2B or OF due to poor performances or an injury, Frazier is a good stopgap.

Don’t look now, but Alec Bohm is beginning to turn things around. It’s come at an opportune time as well as Bryson Stott has been struggling mightily in the Majors and could be demoted to Triple-A in the near future. Bohm has now started four of the last five games for the Phillies, including the last three at the hot corner. Overall, the results at the plate have been highly impressive. Bohm currently sports a .476 AVG through 29 plate appearances with a 4/1 BB/K ratio.

The quality of contact metrics have been exceptional as well with a 12.5% barrel rate, 93.8 mph AVG EV, and a 50% hard-hit rate along with a .714 SLG, and .481 xwOBACON. Bohm has even increased his launch angle a couple of degrees and dropped his groundball rate 6.9% in the early going. Bohm’s roster rate is bound to increase drastically if he continues to perform like this moving forward, so grab him now before it’s too late.

While the Arizona Diamondbacks as a team are hitting well below the Mendoza Line, that has nothing to do with Seth Beer who had been their best hitter so far by a country mile. Even after a hitless game last night, Beer is hitting an even .400 through his first 35 at-bats. Beer has shown a high level of quality of contact in those at-bats as well with a 93.7 mph AVG EV and a 53.2% hard-hit rate. Hit UTIL only tag is a slight hit to his overall value and it doesn’t look like that will change any time soon, but Beer’s bat is legit and worth a look in 12-team fantasy leagues and deeper. Longterm, Beer projects as a .275/25 type and we’re starting to see that this season. Beer has now started six of the last seven games as Arizona’s primary DH.

On paper, the Oakland Athletics aren’t scaring anyone. However, we’ve see a few bright spots emerge from this roster, including 28-year-old, Paul Blackburn. In his first three starts of the season, Blackburn has a 1.80 ERA, 0.80 WHIP, and a 25.5% strikeout rate in 15 innings. But the most impressive part of his stat line so far is the miniscule 1.8% walk rate. Blackburn’s five-pitch arsenal has undergone a slight adjustment this season. It’s still the same five pitches, but Blackburn is throwing his sinker and cutter a combined 17.1% less while throwing his curveball and changeup more. 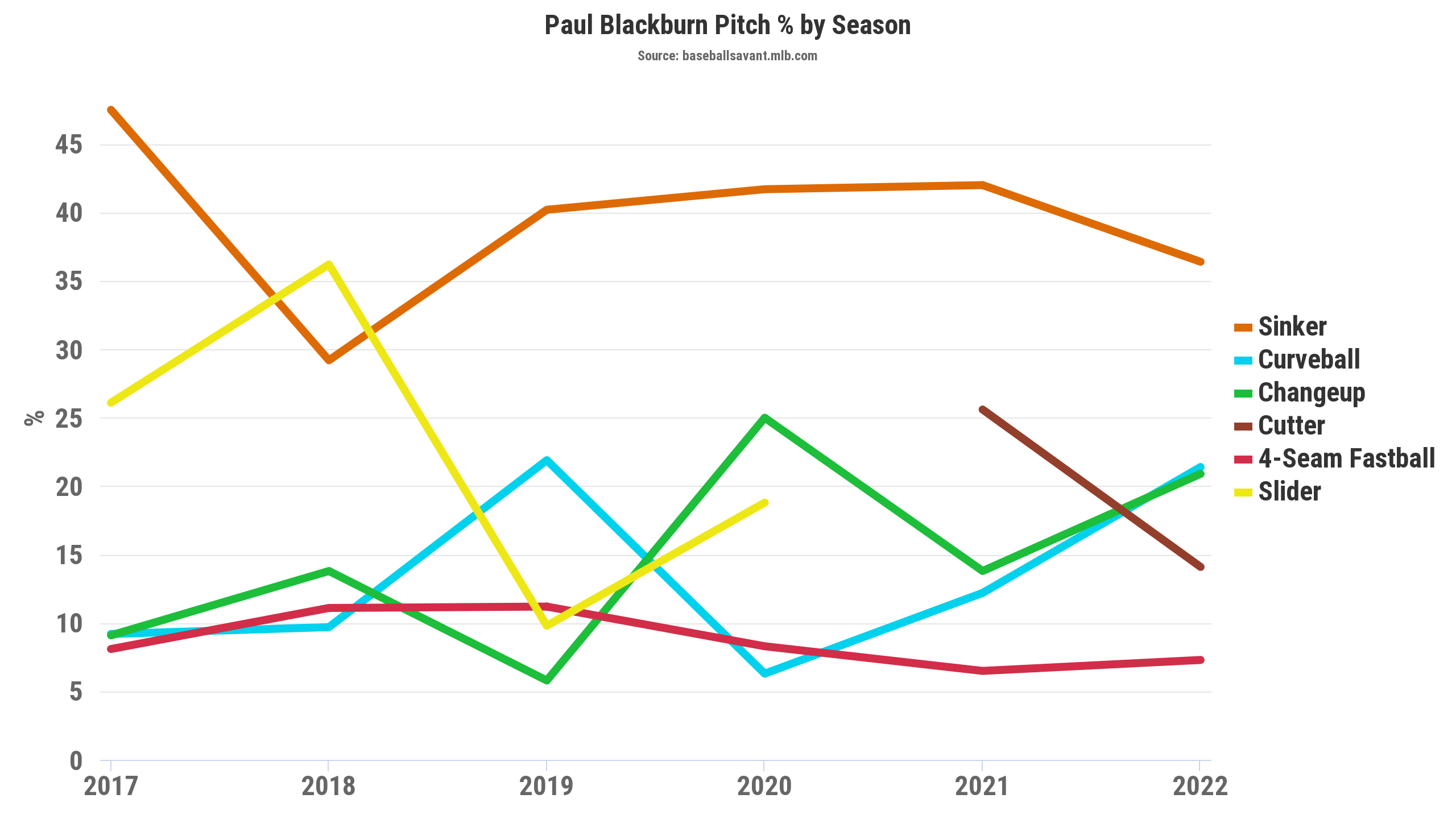 Throwing the curveball more especially has been big for Blackburn this season and helped him push his whiff rate to a career-best 27.5%. He’s also throwing first-pitch strikes 17.3% more often, which is always an encouraging sign. While he doesn’t have high upside, Blackburn’s adjustments and improvements this season, plus pitching half his games in Oakland’s spacious park, make him fantasy relevant right now in 12-team mixed leagues or deeper if you need some pitching help right now.

Entering the season, Josiah Gray was one of my breakout picks at the starting pitcher position. And after a lackluster first outing, Gray has turned it on in his last two, allowing only one earned run over 10.1 combined innings with 13 strikeouts. This has dropped his season ERA to 3.14. Now, there are still a couple of red flags in Gray’s profile, mainly surrounding the fact that he’s been hit hard this season and his 12.1% walk rate. However, most of that hard-hit damage was done in that first outing when he gave up a half-dozen hard-hit BBE.

Gray isn’t likely to provide spectacular ratios this season, especially in the WHIP department, but he could flirt with a 3.75-4.00 ERA with an above-average strikeout rate to go along with it. Through three starts, Gray has recorded a 31% strikeout rate and 29.9% whiff rate thanks to his curveball and slider which both have a whiff rate north of 50%.

After picking up two consecutive save opportunites earlier in the week, Mike Matheny then decided to use Josh Staumont in the 8th inning of Wednesday’s game instead of the 9th. While that’s frustrating, Staumont’s usage this season shows that he’s at least in the mix for saves moving forward and likely ahead of Scott Barlow at this point. It’s also notable that Barlow’s velocity is down considerably this season, so there might be an underlying injury there, who knows.

Staumont’s 4-seam, sinker, curveball mix has garnered a 35.9% whiff rate this season as he sits with a 32% strikeout rate and 3.00 ERA through his first six innings. And while Barlow’s velocity is down, Staumont’s is actually up on all three of his pitches. Staumont has the most saves for Kansas City here as we enter the third week of the season and he’s more than capable of posting back-end RP2 value if he can get 15+ saves this season.