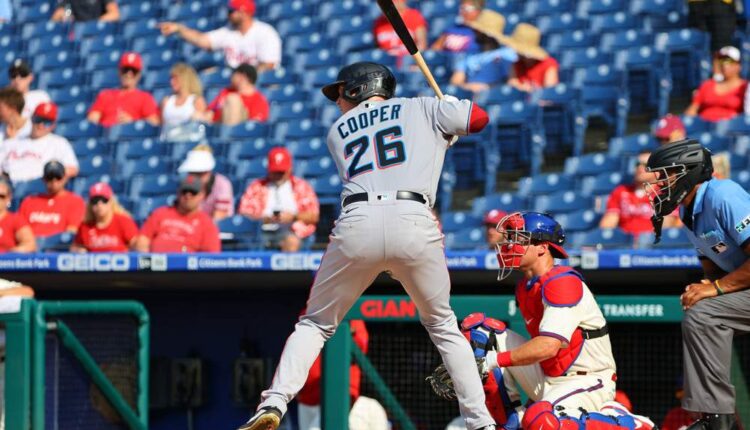 Another week, another Fantasy Baseball Waiver Wire report here on FantraxHQ. Regardless of what style league you play in and what point of the season it is, we should always be looking to improve our fantasy teams. Whether you’re looking to catch the next red hot breakout, find an injury replacement, or improve in a specific statistical category, the waiver wire can help you accomplish all of those. This week’s report doesn’t feature any sexy names, but all of the below can help you out in one way or another.

With all the star power in the Toronto lineup, it might seem peculiar to say that Santiago Espinal has been one of their most consistent hitters this season. Well, it’s true. The 27-year-old infielder has hits in seven of his last eight games and is up to a .290/.346/.451 slash line in 56 games this season with five homers, three steals, 27 RBI, and 21 runs scored. He’s been moved all around the lineup this season, but wherever he’s been, Espinal has proven to be a consistent hitter capable of driving in runs.

You won’t find anything exciting in his lackluster quality of contact metrics, but Espinal has near-elite zone contact and whiff rates and is hitting above .280 against all three pitch classifications. His current 15/10 pace is likely his ceiling in the power/speed department, however, that comes with a high AVG, multi-positional eligibility, and an 80 RBI pace as well. As long as he continues to start regularly for Toronto and performs like this, Espinal is worth rostering in 12+ team mixed leagues.

In case you haven’t noticed since it’s the Miami Marlins, Garrett Cooper has been absolutely raking over the last couple of weeks. Over the last 14 days (12 games), Cooper has slashed a lofty .469/.500/.735 with five doubles, two home runs, 12 RBI, and six runs scored. This hot streak, which has really been going on since early-May, has pushed Cooper’s season line to .319/.387/.478 in 207 plate appearances.

Cooper’s underlying metrics definitely back up the recent surge as well with a 10.9% barrel rate and 44.5% hard-hit rate for the season. Cooper has been hitting all three pitch classifications well this season and has also improved both his zone contact and whiff rates by around 5% each. With Cooper hitting this well and starting regularly in the top-third of Miami’s order, he makes for a decent pickup this week for anyone in need of a 1B or CI.

As the temperature heats up down in Texas, many of the Rangers hitters are following suit. Marcus Semien has been going bonkers over the last few weeks, and alongside him, Nate Lowe has quietly been excelling as well. Over the last 28 days, Lowe has slashed .312/.354/.546 with five homers, 11 RBI, 11 runs scored, and a steal for good measure. Lowe isn’t a hitter that will light up his savant page in red, but he’s starting regularly for Texas, is currently on a hot streak, and did have an 18/8 season in 2021. He’s probably more of a short-term fill-in if you need a CI while he’s hot.

It wasn’t too long ago that Ramon Laureano was considered a top-100 player. However, injuries and inconsistent performance have really limited his value to the point where he finds himself rostered in barely 1/3 of fantasy leagues right now. Being on a Double-A caliber Oakland squad that is trying to pretend they’re an MLB club doesn’t help Laureano’s value much either. However, if you’re targeting Laureano, it’s for his speed. Laureano has two steals over the last two weeks and four on the season in 29 games, putting him on a 22-steal pace for a full season. He’s also began heating up at the plate over the last two weeks, hitting .340 with a home run.

As for Jon Berti, I’m pretty sure he has the quietest nine steals in baseball right now. In fact, Berti’s seven steals over the last month are tied for the 4th most in baseball. Speed and a respectable average are really all you’re getting with Berti, but if you’re struggling in steals each week and looking for a boost in that category, Berti can help.

Honestly, I was a tad reluctant to include Gabriel Moreno this week. It has been reported that the Blue Jays are promoting him in the wake of Danny Jansen’s broken finger and the immediate reaction is to say he’s a must-add in redraft leagues. Not so fast. While Moreno has a path to playing around four games a week, I’m not sure he’s going to make an impact right away. At least, not as much as expected.

What I’m expecting is a solid AVG right out of the gate. Moreno is a career .312 hitter in the minors with easy plus contact skills and has proven difficult to strike out. However, outside of a couple small spurts here and there, his raw power has struggled to translate consistently into game power. That has been magnified this season in Triple-A where Moreno has only one home run in 150 plate appearances with a .080 ISO. The catcher landscape remains a terrible place to navigate, so if you’re fine cutting your current starter and taking a chance on Moreno, he’s a fine add. Just don’t expect much power right now.

It’s honestly surprising to see Jakob Junis available in so many leagues. After five seasons floundering in Kansas City, Junis was picked up by the Giants this offseason and they’ve already worked their pitching magic on him. In six starts and two relief appearances this season, Junis has recorded a 2.51 ERA and 0.93 WHIP in 43 innings with a 5.4% walk rate and 21% strikeout rate. He’s coming off his best start of the season too against Miami on Sunday with six dominant innings, striking out eight, and the only blemish coming on a Garrett Cooper solo shot.

The Giants have had Junis overhaul his arsenal this season, now working with a sinker/slider/changeup mix and nearly ditching his four-seamer and cutter (combined nine thrown all season). The change appears to be working with the slider and changeup each having a BAA under .200. If you can live with a pedestrian strikeout rate that hovers around league average, Junis could help out your squads with solid ratios moving forward.

Roansy Contreras was included in my waiver wire report a few weeks ago when he was recalled by Pittsburgh, but I’m including him again this week as he’s still available in over 60% of leagues right now. That’s ridiculous. In his three starts since being recalled, Contreras has combined for 15.2 innings, allowing just two earned runs with five walks and 16 strikeouts. Overall for the season, Contreras has an impressive 1.93 ERA, 1.03 WHIP, 27.4% strikeout rate, and a 19% K-BB mark. His slider has been especially lethal, recording a .103 BAA, .182 wOBA, and a 48.2% whiff rate. Contreras is here to stay and has the potential to pitch as a top-50 starter ROS. There’s no reason why he should be available in any 12+ team league right now.

The wheels on the Mariners closer bus go round and round, round and round, round and round. After a disastrous month of May where he allowed 11 ER in 6.1 innings, Castillo has settled down in June with five shutout innings, allowing only one hit and one walk while striking out nine. And recently, he’s nudged his way back into the closer mix for Seattle along with Paul Sewald. The duo has combined for three saves in the last week with Castillo recording each of the last two saves. Castillo’s slider has been unhittable in June with zero hits allowed and a 53.6% whiff rate. He’s still using the pitch nearly 60% of the time, which is definitely a positive as his sinker hasn’t been overly effective this season. As long as Castillo is in the closer mix in Seattle, he’s worth rostering.

Speaking of closer carousels, Jason Adam appears to be the next man up in Tampa Bay as Andrew Kittredge finds himself back on the IL shortly after returning from his first IL stint. With Kittredge out of the picture once again, Jason Adam has stepped up as the top arm in this rather depleted Tampa Bay bullpen. On the season, Adam has been dominant with a 0.72 ERA and 0.64 WHIP to go along with a 33% strikeout rate. He’s been getting the job done with his solid three-pitch mix and all three offerings (4-seam, slider, changeup) have a BAA under .110, SLG under .150, and a whiff rate over 30% this season. How long will Adam being the closer last? With Tampa Bay, who knows. But he’s definitely worth the add right now due to his performance this season and current role.

The following players are between 50% and 70% rostered right now and are good targets in they’re still available in your league.

The following players were mentioned last week but are still under 70% rostered and remain recommended adds if available.