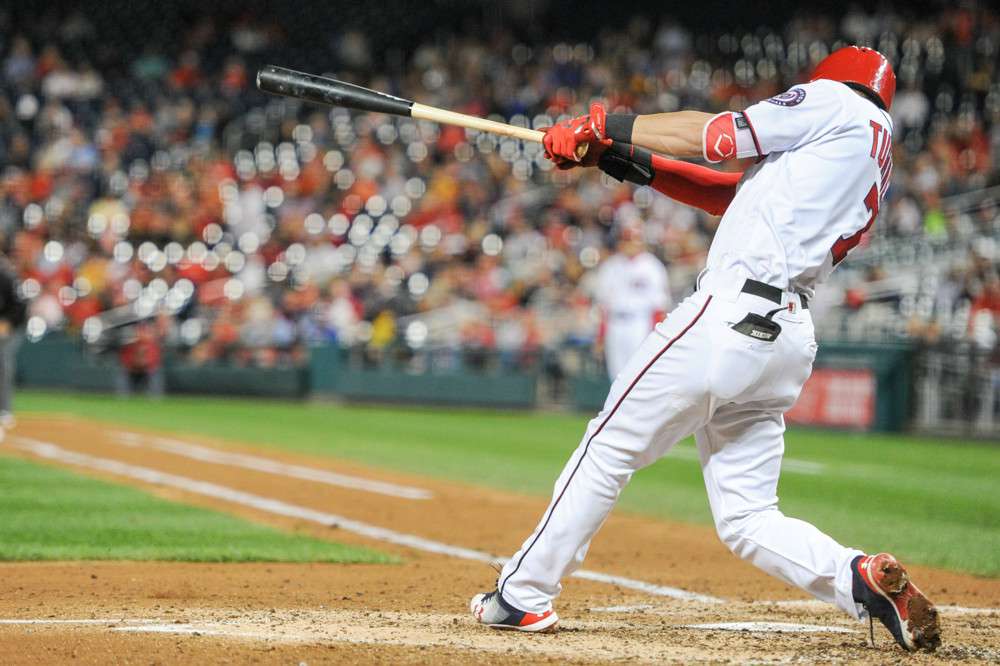 Evaluating players for Fantasy Baseball from the shortened 2020 season has been quite the challenge. There are a variety of approaches to take with how much weight to put on 2020. There is no right answer or approach to take. When trying to figure out the best way to rank and evaluate players, I have taken many different approaches. One of those approaches is looking at hitters last 162 games.

While it may not be the best method to evaluate hitters for next season, I think it can be useful to look at. It gives you an idea of how a player performed in the shortened 2020 season and a majority of 2019. While it is pretty rare a player plays a full 162 games in a season, I think it can give you a good idea of what a player can do before projecting games played.

Today, I want to highlight several hitters who have impressive 162 game samples. The players range across the board from top-flight players to later-round targets. Maybe this will open your eyes to players who may be worthy targets in 2021 Fantasy Baseball drafts.

In the midst of everything going on surrounding the Astros’, it is easy to forget how good George Springer has been. Many want to put an asterisk by previous seasons. But let’s look at his 2020 numbers. If you combine the regular season and playoffs, Springer hit 18 home runs in 282 plate appearances with a .264 batting average, 45 runs scored, and 42 RBI. The good news is statcast data suggests that Springer underperformed by posting an expected slash line of .294/.387/.570. But we are here to talk about Springer’s last 162 games.

Dating back to 2019, Springer has posted 729 plate appearances over his last 162 games. Hitting leadoff enabled Springer to post a high, 4.5 plate appearances per game. Exactly how good has he been over that time? He posted 50 home runs, 127 runs, 121 RBI, and six stolen bases. He also has a .285 batting average, a .378 on-base percentage, and a .581 slugging percentage over that span.

It will be interesting to see where he lands this offseason, but at his #2EarlyMock ADP of 59.6, he could provide a nice return on investment.#FantasyBaseball pic.twitter.com/ZXJz9MiTqq

Lourdes Gurriel Jr. may be on the verge of a breakout in 2021. Just entering the prime of his career by turning 27 years old, the best may still be to come. Playing nearly every game in 2020, Gurriel broke out to the tune of a .308/.348/.534 slash line with 11 home runs and three stolen bases. He has made improvements in each of his first three seasons with the Blue Jays but has yet to play over a full season. 2021 could be that season where it all comes together.

Over his last 162 games, Gurriel has been extremely impressive, and the numbers have only gotten better with each game. During those 162, he posted 656 plate appearances with a slash line of .285/.330/.525. Additionally, Gurriel has mashed 35 home runs and stole 9 bases over that span. Tack on 92 runs scored and 94 RBI, and you have the makings of a great hitter for Fantasy Baseball.  The Blue Jays lineup should only keep improving, meaning the counting stats for Gurriel are likely to improve.

Gurriel’s early ADP sits around pick 100, which makes him a great value in drafts. I will be scooping him up everywhere I can at that price. I would suggest you draft him and enjoy the ride as well!

Teoscar Hernandez is a pretty polarizing player among Fantasy Baseball players. Some will call his 2020 seasons a mirage, others are buying in. I was even one of those people who did not fully buy-in. But when I began to look deeper into his profile, I began to wonder if my initial thoughts were wrong. Then, as I started pulling data from players’ last 162 game samples, I came across Teoscar and was quite impressed.

Over his last 162 games, Hernandez has slashed .252/.317/.521. The batting average and on-base percentage are not impressive by any means but do not hurt you when you look at the rest of the numbers. Tack on 42 home runs, 11 stolen bases, 94 RBI, and 84 runs scored, and you have an impressive set of numbers.

Yes, he also has a 33.1 percent strikeout rate during that span, which is extremely scary and will likely keep his batting average down. But, his statcast data backs up the strong performance otherwise. During his last 162 games, in 361 batted ball events, Hernandez has posted an average exit velocity of 92.2 mph with a max exit velocity of 115.9. His 14.1 percent barrel rate and 46.8 percent hard-hit rate is also extremely impressive. 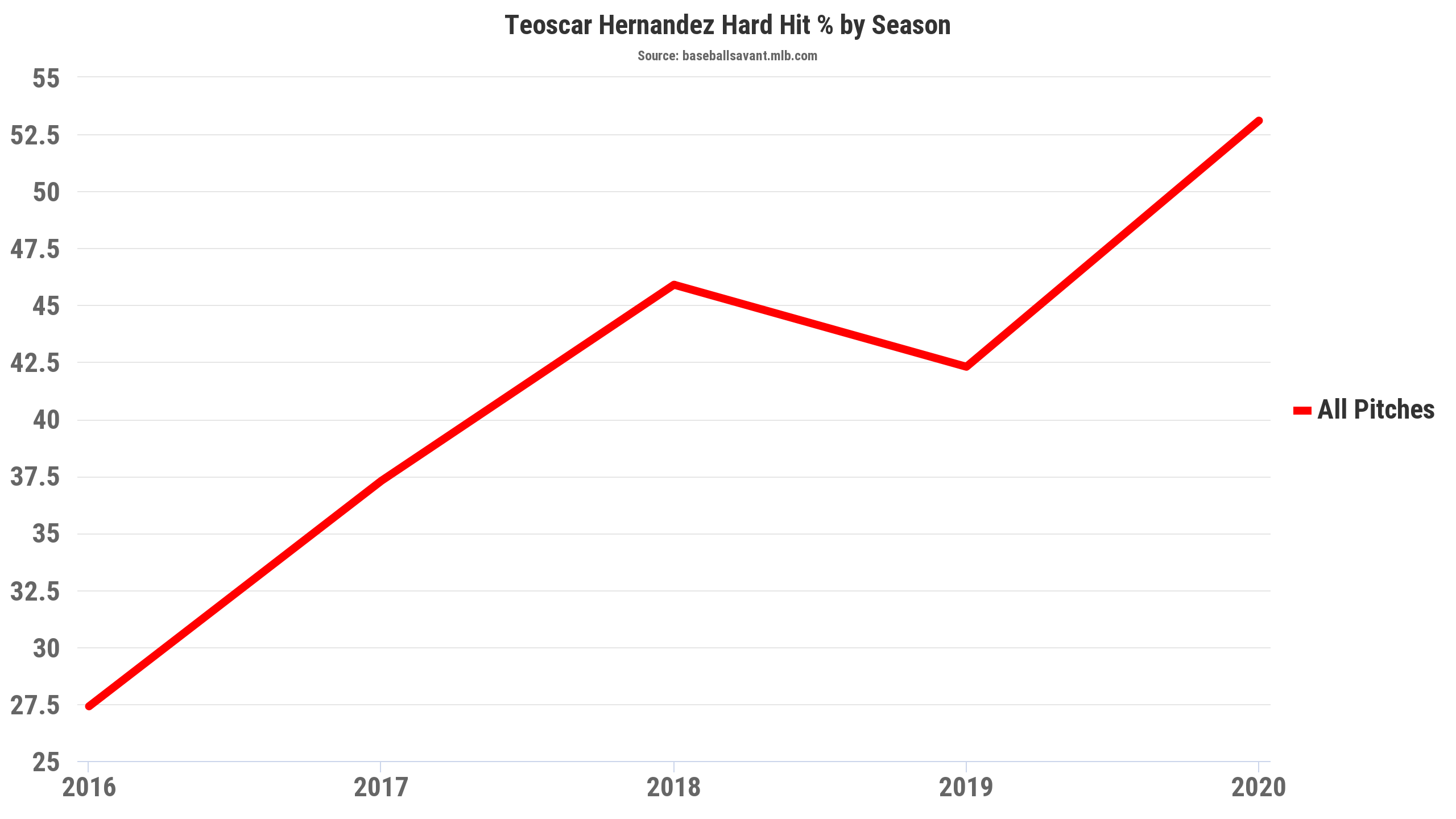 The biggest issue with Hernandez is where he is being drafted. It is hard to justify his price of a 64 ADP given you can get a safer bet like George Springer at a similar price. If Hernandez does fall in drafts, he has proven he can perform at a high level.

It seems like every year Trea Turner gets undervalued. After an incredibly strong 2020 season where Turner slashed .335/.394/.588 with 12 home runs and 12 stolen bases, will 2021 be the year where he gets the respect he deserves? Likely not based on early drafts I have seen. In most mocks and drafts, Turner has been selected between picks 7 and 9. I think you could make an argument for Turner as a top-three pick based on his performance over his last 162 games.

Yes, 2020 may be an outlier on a per-game basis for Turner, but there is no denying the skills are there for an elite five-category contributor. His slash line of .314/.372/.538 in 673 plate appearances over his last 162 is impressive. Then, take a look at his counting stats! 29 home runs, 132 runs scored, 91 RBI, and 39 stolen bases to top it off. I think it is fair to say Trea Turner is a consistent, elite asset for Fantasy Baseball. With a safer floor and the elite five-category upside, Trea Turner will be a great value once again in Fantasy drafts. 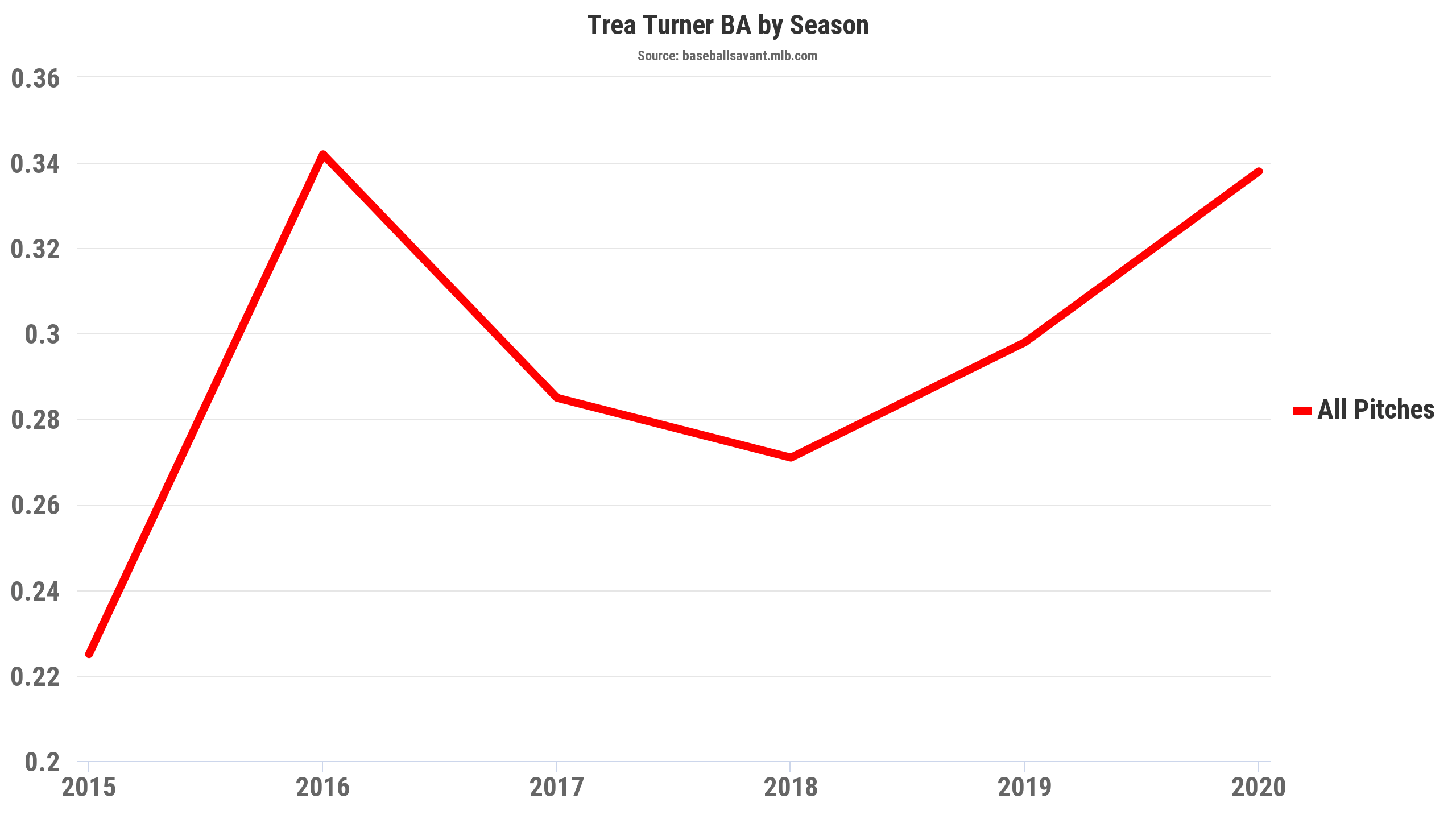 Starling Marte is another hitter who Fantasy Baseball players undervalue. Marte is about as consistent as they come, and despite being 32 years old, he is still producing elite sprint speed numbers. Yes, the steals are likely to decline with time, but it does not appear it will be in 2021. His last 162 games have been nothing short of great, which is why Marte remains high in my rankings.

His early ADP has sat between 40 and 45, which is 20 spots lower than last year. The truth is Marte is the same player he was then and could be a nice value where he is being drafted. I will be targeting Marte in all drafts if he stays in this range.

I hope you found this article beneficial to your early offseason prep. Next week we will cover five more hitters who have impressive 162 game samples and could end up being nice values in drafts. For now, you should check out our “Fantrax Staff Mock Draft.” Let us know whose team you liked best.