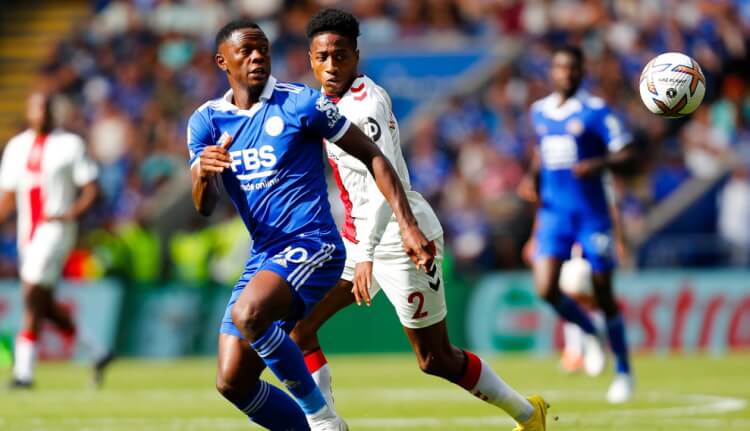 Every Fantrax manager knows that Waiver Wire acquisitions can make or break your Fantasy EPL season. This Gameweek 9 Waiver Wire article is here to help managers pick up the best Draft Premier League players possible, as well as suggest players to potentially target in a trade with a fellow manager!

Here we outline Fantasy EPL Gameweek 9 Waiver Wire Targets that are 40% rostered or below on Fantrax.

Prospects: The wait may finally be over. Well, the Rostered percentage suggests, that for most managers who drafted Doherty the wait was over weeks ago. Conte finally revealed why Doherty had been a no-show in the first part of the season. An injury on the final week of pre-season had him lose time and more crucially form that he had been painfully slow to build back up. Conte revealed that he would again be part of the first team conversation after the International Break. Just in time too as Emerson Royal’s horror show against Sporting midweek was the final straw that broke the camel’s back. Doherty will continue to be a rotation player even when he starts popping up in the starting XI, but a very high upside one at that.

Verdict: I would use a mid-range waiver claim or 3-7 FAB to get him.

Next Fixture: Bournemouth (Away)

Prospects: Another prospect who has seen the excitement around him peeter out as he was building fitness in training. It was no surprise as Damsgaard played his last competitive club game in October 2021, so a slow integration was always on the cards, but even for the most optimistic among us, the integration was painfully slow. his 8-point 20-minute cameo against Arsenal, however, coupled with Jensen’s knock might have been signs that he is ready for the big time. 2 weeks of break will do him a world of good, and I expect him to quickly stake his claim for a starting spot.

Verdict: I would use a mid-range waiver claim or around 10 FAB to get him.

Prospects:  With Rodgers or without Rodgers, Daka is the present and the future of the Leicester front line. 5 subs allows managers to use Vardy to maximize his skill set even at his age with 30-20 minute cameos at the end of games. There is not much to get excited about for Leicester right now, but surely it can only get better and Daka will be there to provide value to managers’ fantasy teams.

Verdict: I would use a mid-range waiver claim or around 10 FAB to get him.