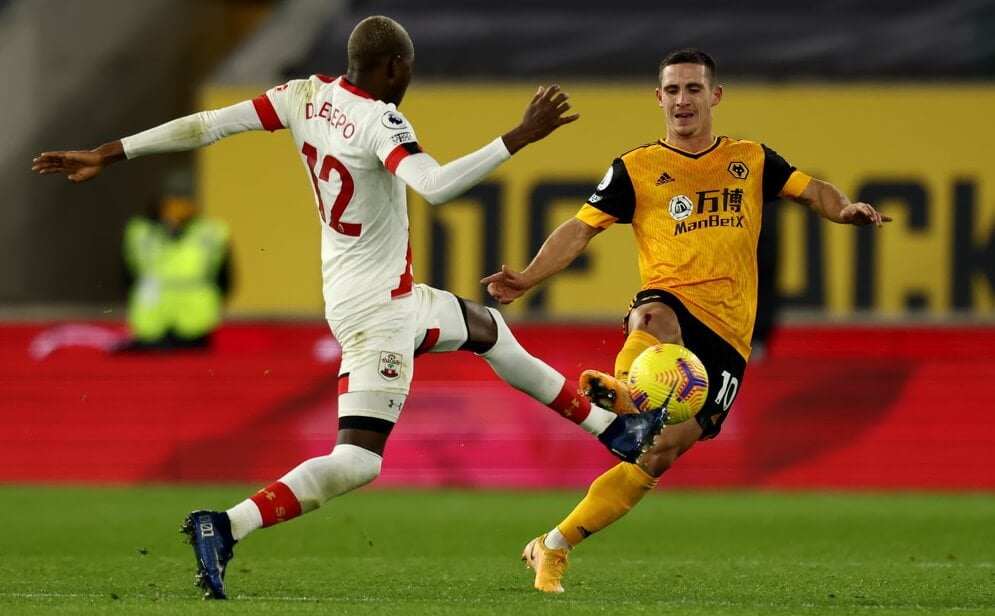 Every Fantrax manager knows that Waiver Wire and Trade acquisitions can make or break your Fantasy EPL season.  This Gameweek 27 Waiver Wire article is here to help managers pick up the best Draft Premier League players possible, as well as suggest players to potentially target for a trade with a fellow manager!

Here we outline Fantasy EPL Gameweek 27 Waiver Wire Targets that have 40% ownership or below on Fantrax.  These players will also have a favorable run of fixtures upcoming, so they could perform very well over the upcoming period!  Trade Targets will be players who look set to do well over the upcoming period, but their ownership statistics suggest they are probably taken in most draft leagues!

Next Fixture: West Brom (Away)

Prospects: Willock is slowly growing into his role at Newcastle scoring 15.5 points in the draw vs. Wolves last time out with no goal or assist. With the injuries to ASM and Almiron, Willock will even be more key to Newcastle’s toothless attack in the coming weeks. Since signing in January he seems to have a floor of roughly 4-6 points with minimal upside. Against a very inconsistent West Brom defense he is a decent punt for a MID5 this week.

Verdict: I would use a low-end waiver claim or about 0-2% of my FAAB on Willock.

Next Fixture: Sheffield United (Away) + Manchester City (Away)

Prospects: Djenepo has a double gameweek coming up and could see close to 120+ minutes of action over that period. Southampton as a whole has been awful the last few weeks, but Djenepo is worth a start especially if he starts the first game against Sheffield. Djenepo fills up the stat sheet, no matter where he plays on the pitch, but will have added upside in a game against bottom table Sheffield United. If Redmond is available on your wire, I would prioritize him over Djenepo.

Verdict: I would use a low-tier waiver claim or about 0-2% of my FAAB on Djenepo.

Prospects: Loftus-Cheek is starting to become a decent MID4/5 option with his improvement in ghost points. The on-loan midfielder is still waiting for his first attacking return, but his improved overall play shows that the drought may be coming to an end. Loftus-Cheek plays almost 90 minutes every game and is on a team that doesn’t blank in GW29, making him a smart add for the next few weeks. He may struggle in the fixtures against Liverpool and Manchester City, but I would still be content rolling him out hoping for a floor of 6-8 points

Verdict: I would use a low-tier waiver claim or 0-2% of my FAAB on Loftus Cheek.

Next Fixture: Manchester City (Away)

Prospects: Shaw has proven all of his critics wrong this season, the signing of Telles has done nothing but bring out the very best in this elite left-back. United is finally starting to see the Luke Shaw they had before his horrific leg fracture. Shaw is commanding almost all corners and whipping in quality crosses, which his teammates are failing to finish. He has scored 13+ points in 8/10 of his last starts, and regardless of how United does, doesn’t seem to be slowing down. I wouldn’t be surprised if over the rest of the season Shaw was the #1 defender even over Cancelo, who will continue to rotate.

Verdict: I would look to offer any defender in a 1:1 deal for Shaw except maybe Cancelo. I would also offer the likes of: Foden, Ward-Prowse, Gross, Tielemans, Harrison, Eze, and Bernardo in 1:1 deals to get back the new “Mr. Reliable”.