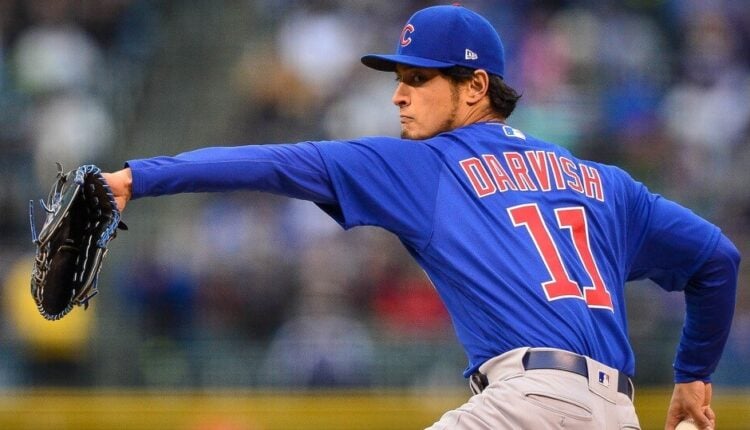 The slate for August 3rd through August 5th looks like another fantastic few days of baseball. Dose of DFS is here to help the reader maximize their lineups, and identify the top daily fantasy baseball values for each day of the week.  Included for each day will be the best value in three price ranges for pitchers and hitters: high-cost player, medium-cost player, and low-cost player. Below are the price ranges on FanDuel, which will be the platform that is used. There will be a reference made to DraftKings for any significant differences.

There will be a “pivots” note below each section. These will be players to turn to if a highlighted player has a bad weather outlook, is injured, given a day off, has a rotation turn skipped, etc. Finally, this will attempt to focus on players in the projected main slate for each day. FanDuel and DraftKings approach these differently, so I will attempt to include as many “pivots” as possible.

Jacob deGrom has been throwing gas this season. Don’t believe me? He has thrown five pitches over 100-mph in two starts. deGrom already was arguably the best pitcher in baseball, but with the uptick in velocity, he could be the unquestioned king of the throne. He draws the Atlanta Braves in Atlanta. While this is not ideal for most pitchers, for deGrom it’s a different story. Add in the fact that the Braves lead baseball in strikeouts, deGrom should have a field day.

deGrom’s opposition could not be any different. Mike Soroka does not throw the ball very hard, and he does not strikeout a lot of hitters. What does do is pitch a lot of innings, and give up a lot of weak ground balls. The first time Soroka saw the Mets in his first start of the year, he pitched six innings, only giving up four hits and zero earned runs. If you want to get Colorado bats in your lineup, Soroka is a safe medium-priced pick.

Alec Mills is a sneaky good pitcher, and he draws one of the worst lineups in baseball. While he is not a flame-thrower, his pitches get a lot of movement. His curveball has one of the highest drop rates in all of baseball. Thrown at 68-mph, it throws hitters off balance, and really makes his 91-mph fastball play up. If you want to have a stacked lineup, Mills should be your go to pitcher for the Monday slate.

In what should be your stack of the day outside of Coors Field, the Twins draw Derek Holland, a left-handed pitcher prone to the long ball. What better hitter to face him than Nelson Cruz. While Cruz has not continued his pace that he set in his first few games, expect plenty of hard contact from the 40-year-old.

The Giants have one of the best under-the-radar hitters in all of baseball. Would you be surprised if I told you Mike Yastrzemski has hit for a .282 average, and a .891 OPS in 451 plate appearances thus far into his career? Yeah I was too. Now he gets to play in Coors Field for a three game series. He would be my pick every day in the medium range, but to avoid redundancy, I will include him as the featured player for Monday.

Canha is finally living up to his first-round draft pick potential. Coming off a solid 2019 campaign, Canha has picked up where he left off in 2020. He draws left-handed pitcher Justus Sheffield on Monday. Sheffield lacks control at times and relies heavily on his slider. Canha performs very well against sliders pitched by lefties, only having a 5.6% swinging-strike rate, and a .577 wOBAcon. Those are elite numbers.

It was hard not to pick Shane Bieber here, but Sonny Gray has been elite through two starts, and faces the less potent offense of the two. Gray has 20 strikeouts through 12.2 innings pitched, and has only given up one earned run.

Max Fried has been dialed in so far in 2020. Through 11.2 innings pitched, Fried has an elite 20.9% strikeout-minus-walk rate. He has been commanding his pitches, and making batters miss when he does attack the zone. With the Toronto Blue Jays set to come to Atlanta, Fried should be in discussion for the start of the day.

Wow. This kid can throw some serious heat. After dazzling in his first-ever start in the majors, Pearson goes against the high-upside, high-strikeout Atlanta Braves. With the Braves missing as many pitches as they have to date, do not expect that to change against a pitcher who can routinely throw 99-mph. Also armed with a devastating slider, Pearson has massive potential on the Tuesday slate.

The Rockies are at home against an inconsistent right-handed pitcher. With that in mind, it is wise to stack their lineup as best as possible. I believe that Charlie Blackmon and David Dahl will be the best values, so be sure to have them in your line up.

This may come back to bite me in the behind, but the White Sox are my second favorite stack behind the Rockies for Tuesday. They face fly ball pitcher Freddy Peralta, which should lead to good things in hitter-friendly Miller Park. Armed with the young core of Moncada, Jimenez, and Robert, expect the White Sox to light up the scoreboard.

If the Cardinals are playing on Tuesday (which is doubtful), Edman is an excellent play against Matthew Boyd. Already a sneaky good player, Edman does his most damage against left-handed pitchers. Boyd is a lefty, who also happens to be willing to give up home runs at a high rate.

Darvish settled down in his second start after a shaky first outing. Pitching against the lowly Pirates, Darvish threw six innings of three hit ball, striking out seven. Now drawing the below-average Royals lineup, Darvish looks like the safest pitcher on Wednesday.

Lance Lynn could be on the higher-end of pricing come Wednesday. That should come as no surprise, as Lynn has failed to give up a single run through his first two starts. Lynn has 17 strikeouts in 12 innings pitched in those two starts as well. Going against Oakland in a hitter-friendly environment, Lynn may be the best value on the slate.

Healthy so far through two starts, Garrett Richards has looked excellent. The casual fan may not know, but when Richards is healthy, he is an awesome pitcher. In 764 innings pitched throughout his career, he owns a 3.59 ERA. Normally if the Dodgers are a pitchers opponent, you fade the match up. But Richards is good enough to play with confidence.

With half of the starting pitchers seemingly not set on Wednesday, the Rockies seem like the best option for the day The Giants do not have anyone worthy on the mound that should strike fear in opposing hitters. Stack the Rockies with confidence.

Kepler, Rosario, and Polanco look to be in prime position to hit well against Trevor Williams. Despite being known as a Pitchers Park, PNC Park is quite friendly to left-handed pull hitters. All three hitters are not shy about pulling the ball. Stack all three in hopes that two have big games.

This is something you won’t see very often. A mini-stack involving the San Francisco Giants. With Brandon Belt finally healthy, he is an intriguing option in Coors Field. Alex Dickerson hits right-handed pitchers very well, maintaining a career .830 OPS against righties. Playing in Colorado potentially enhances that.