The Doctor’s Room: NBA Injury Update – Do Yourself a ‘Favors’ and Add Hayes 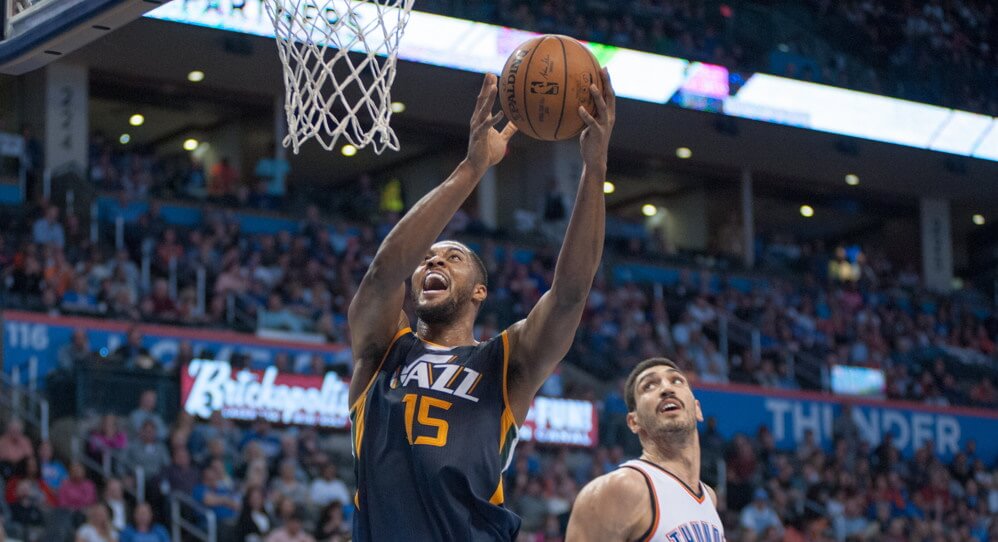 The Doctor’s Room will examine between four and six NBA injuries to prominent players on a weekly basis, detailing their specific ailments, prognosis, and expected return dates.

Another injury blow for Favors, who was averaging 11.8 points and 12.6 rebounds in his last six games, with 1.3 blocks. While the injury doesn’t figure to keep him out for terribly long, it will take a game or two at a minimum. Jaxson Hayes has the look of a prime waiver wire pickup, as he averaged 16 points and 11 boards in the last two games, with three swats per contest and a stellar 77.7 FG%. Favors wasn’t having the greatest of seasons (9.0 PPG, 10.2 RPG, 2.1 APG, 0.5 SPG, 1.1 BPG) so Hayes could leapfrog him in the depth chart if he misses too much time.

Holiday suffered his elbow injury last Saturday. He missed the next three games and it doesn’t seem like he will suit up today, although he hasn’t been officially ruled out. Lonzo Ball will continue to show his improved game for lots of minutes if Holiday is indeed absent, and guard Josh Hart will also receive all the minutes he can handle. The PG/SG still had swelling in the elbow area on Wednesday, so exercise patience. He should be back next week if he doesn’t have any setbacks, and he will return to a 19.6 PPG, 2.0 3 PM, 4.9 RPG, 6.5 APG, 1.7 SPG, and 0.7 BPG line.

Diagnosed: January 2 (played through the injury on January 5 but missed yesterday’s contest)

PG exited last Thursday’s contest after just 15 minutes and didn’t return. He proceeded to miss January 4’s showing but played the next day. After that, he was absent from Friday’s game and won’t play on Sunday. Coach Doc Rivers said he “aggravated” the hamstring issue during practice on Wednesday. He shouldn’t be out for long, however, and while he doesn’t have an official timetable, it sounds like he’s going to return sometime next week. His season has been positive, averaging 23.5 PPG, 3.6 3 PM, 6.0 RPG, 3.7 APG, 1.5 SPG, and 0.5 BPG.

The flamboyant center underwent surgery in his left hand on Thursday and will be out, at the very least, for the next 1-2 weeks. The doctors will reevaluate him then. Matisse Thybulle will probably be the biggest benefactor even though he is not really a center, and his defensive versatility will likely let him rack up steals and blocks in bunches while Embiid is on the shelf. He was having a stellar season, with averages of 23.4 PPG, 1.2 3 PM, 12.3 RPG, 3.3 APG, 0.8 SPG, and 1.4 BPG.

Expected return: No timetable, probably out for the season

Blake Griffin underwent surgery on his left knee this week. No timetable was set for his return, but the Pistons do not expect him back this season. We warned you in last week’s column: the shutdown risk was very high. In fact, his team applied for a $9.2M disabled player exception, which is no doubt related to the Griffin situation. Detroit will unleash Sekou Doumbouya and Christian Wood in his absence, and both have been very good lately and are hot waiver wire pickups. If Griffin is indeed out for the year, he leaves very disappointing averages of 15.5 PPG, 1.5 3 PM, 4.7 RPG, and 3.3 APG.