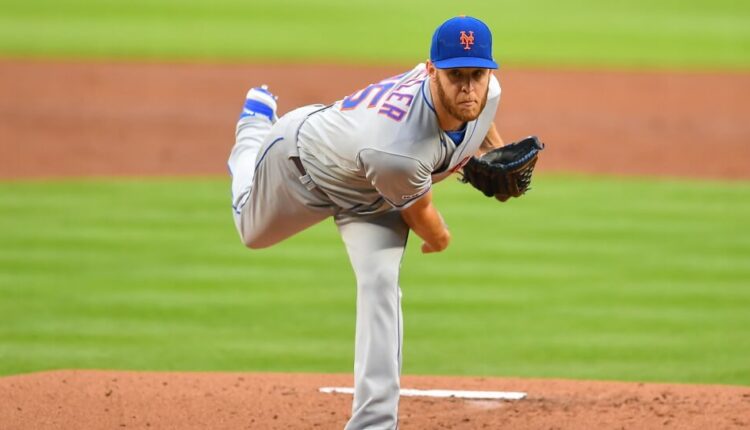 Our own player valuations as compared to the average draft position on our site of choice is the foundation of what creates a sleeper and a bust. However, there is no personal bias that creeps into our Fantrax projections. Perhaps playing time/innings pitched, but the rest is formulaic. In the coming weeks, I’m going to look at certain player projections and discern why there is a disparity between their projections and ADP and whether that is warranted. To begin, let’s look at a few starting pitchers. Since I’m in a good mood, we’ll discuss potential ADP values.

Lance Lynn had an incredible resurgent 2019 season and may have been the top ADP value of last season. His K/9 shot up to 10.63, his walk rate was a career-best 2.55 BB/9, and he went over 200 innings for the first time since 2014. Despite pushing 32 years of age by the end of the season, he was able to throw with the highest velocity of his career. So why is he SP36?

It may be wise to be skeptical of a full repeat. Even with the adjustments that led to his success in 2019, it’s hard to imagine the 21.4% K-BB% holding up. That said, he is one of the rare breed of starters these days who can provide bulk innings. That has huge value when you are over a strikeout per inning. While the WHIP is a bit of a detriment, the projection is reasonable overall. Even with some regression baked into the projection, Lynn still seems like a solid value as an innings-eating SP3. Our projections score him as SP19.

Of course, what most people are going to remember is that first half. A lot of casual players tend to tune out around midseason. Whether they are already out of the running or would rather focus on football, their perception is that Wheeler was bad in 2019. That could be part of what makes him seemingly one of the better ADP values in early drafts.

Is the projection too rosy? Wheeler has never won 14 games, but pushing 200 innings on a strong Phillies team could make that possible. Perhaps the innings total is a bit strong considering his career-high is 195.1. That would reduce the strikeouts, which also haven’t exceeded a strikeout per inning (although he has been close) since 2014. A career 3.77 ERA and 1.29 WHIP aren’t far from the projections, but they are also expecting a step up. Perhaps if the Phillies focus on his fastball up in the zone more than the Mets did, he could find more success and make these projections more plausible.

Blake Snell has a similar projection due to fewer expected innings. His ADP is SP10/ADP43, however, while Wheeler can be had at SP38/ADP 122. Wheeler is SP21 according to the projection score.

Right behind Wheeler in ADP sits Frankie Montas. He was banned from baseball for 80 games for PED’s, as you likely recall. However, it’s not the PED’s that I think led to his success. Montas deployed a fancy new splitter in 2019. He used it over 18% of the time during his 96 innings. It earned a glorious .197 xwOBA, pairing with his slider for two pitches with a sub-.200 xwOBA. That tells me the 9.66 K/9 was well deserved.

Montas was also able to limit barrels in a big way, with a 3.8% barrel rate that ranked in the top 4% of MLB. Considering his newly enhanced arsenal, it’s fairly likely that he can repeat most of what he did in 2019. That said, the most innings he has ever put up in a season is 136.2 in 2018. It may be more realistic that he is either limited to 150-160 innings or begins to wear down as he passes that mark. He had a terrific 3.38 ERA his third time through the order in 2019, but that terrific stuff could diminish over a full season.

Perhaps the suspension has drafters wary of investing. Even if the innings are limited, however, he could possibly finish closer to a top-20 starter rather than the 39th starter he is being drafted as currently. The projections score has him as SP26, which would make him one of the top ADP values in the 2020 class.

Oh my. Plenty of fantasy baseballers (myself included) fell for the German Marquez trap last year. The gaudy strikeout rates and elite results from the second-half of 2018 will overcome pitching in Coors, right? Right?! Nope. So wrong. His slider lost effectiveness and his curve couldn’t carve up results at home, where he posted a vomit-inducing 6.26 ERA. So why do projections still like him, and why is he still at SP48?

Despite the putrid ERA, his SIERA in 2019 was a solid 3.85. That is right in line with the projected 3.90 ERA. However, you can’t exactly bake Coors Field into these projections. Therefore, I have a hard time buying into an ERA below 4.25 purely due to the environment. His average exit velocity of 90.2 was in the bottom 6% of the league, to boot. He does provide bulk innings though, and his 12.7% swinging-strike rate and 32.9% chase rate were even better than they were in 2018. So, perhaps the strikeout rate is closer to the 9.45 mark that is projected than his 9.05 K/9 from 2019.

Despite the bulk innings and strikeouts (and even the outside shot at 13 Wins on a bad Rockies team), it’s hard to buy the projection. You’ll be safer drafting him at 169, or safer yet to avoid him altogether despite the projected score as SP23.

Now we’re really getting into the weeds at pick 232. Joe Musgrove was as frustrating as anyone in 2019. It looked like a breakout season through the end of April, where he had a luscious 1.54 ERA over 35 innings. Unfortunately, from May 3rd to the end of the season, he posted an unusable 5.19 ERA. His FIP over that span was 4.14, however, and over the full season, it was a tempting 3.82.

The projections like his batted ball results and low walk rate, basically looking at his 2019 FIP as his 2020 ERA. However, I’m more pessimistic. The xwOBA on every one of his pitches is right in line with the way he performed aside from his sinker, which was a bit unlucky. Musgrove had only an 11.7% HR/FB rate, so it isn’t as though he got unlucky with home runs because of the juiced ball.

Musgrove doesn’t miss enough bats to make up value in strikeouts that he may lose in the ERA department. Considering how bad the Pirates are expected to be this year, 13 wins is also a stretch. A 4.25 ERA would be more reasonable, which would have streaming and deeper league value. That could indeed be more valuable than SP66/ADP 232, but there are higher upside starters to be found in those waters than Musgrove’s SP59 projected score.

Who are your favorite starting pitcher ADP values for the coming season? Let us know in the comments below.

The Doctor’s Room: NBA Injury Update – Do Yourself a ‘Favors’ and Add Hayes