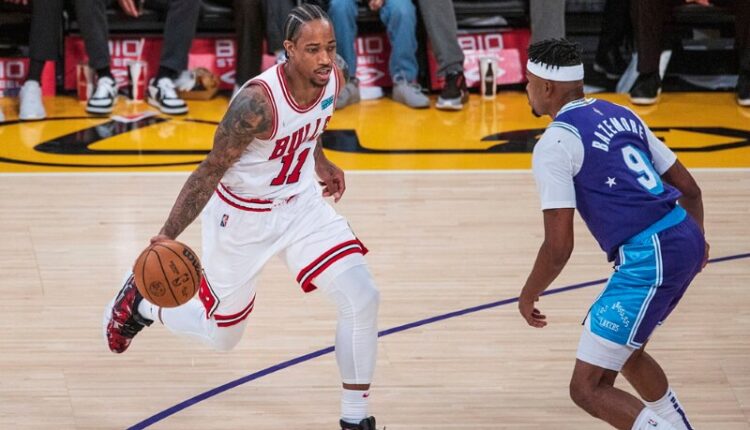 We’ve got a healthy four game slate on tap for NBA DFS tonight. Let’s make it count. Let’s get it!

Offensive Rating: 24th vs. 19th in the league

Defensive Rating: 15th vs. 2nd in the league

Predicted Outcome: A top-five team in the league, playing at home, against a bottom tercile team in the league that can’t score, and play middling defense. This game script writes itself. The Cavs should win this game while dominating in the frontcourt with their bigs. Expect a relatively low-scoring affair, that the Cavs should handle from the tip, especially with the Knicks on the second leg of their back-to-back.

DFS Targets: In a slow-paced game like this one, you want to focus on the frontcourt players and usage-dominant guards. Randle, Allen, and Mobley come to mind, obviously ($9700, $8000, and $7900). Garland is a high-usage guard for the Cavs at $9300. Mitchell Robinson is a steal at $6000, but he’s questionable for this matchup. Isaac Okoro is excellent value at $3800 if you can stomach the variance.

Offensive Rating: 14th vs. 25th in the league

Defensive Rating: 20th vs. 24th in the league

Predicted Outcome: It’s looking like the Pacers might blow the team up, with the rumors of Domantas Sabonis being on the trade block. If that’s true, and their record and underwhelming playoff performances seem to indicate that it is, then I expect lackluster performances going forward from the team. Nobody plays well when their job/future is in question. That’s a heavy cloud to hang over your head. Despite the stats, I think the Pelicans take this one.

DFS Targets: Brogdon and Sabonis are going to be out for this matchup, so their usage will shift to LeVert at $8700, which will be a steal if he’s going to play. He’s a game-time decision and potential trade bait. Duarte is a must-own at $6400. The same goes for Bitadze at $6200. Jeremy Lamb has been dying to get back to the Mr. Go Get Buckets role, and he may have that tonight at $4000. I’ll be very overweight Lamb. Stick with your trusty Valuncunias, Hart, and Herbert targets tonight for the Pelicans. Ingram is out.

Offensive Rating: 8th vs. 30th in the league

Defensive Rating: 17th vs. 12th in the league

Predicted Outcome: Come on. The Bulls don’t need a healthy Zach LaVine to handle the tanking Thunder. If you’re watching this game, you’re either a Bulls fan, or you’re checking in on Josh Giddey and Shai. Don’t overthink this one.

DFS Targets: Frankly, I worry about the blowout potential in this matchup. Even on a smaller slate, I think we have enough options to fade this game. I’d stick with DeRozan and Vucevic if you disagree with my take and think it’ll be closer than expected. Shai and Josh Giddey are also in play in that scenario.

Offensive Rating: 1st vs. 4th in the league

Defensive Rating: 13th vs. 3rd in the league

Net Rating: 3rd vs. 2nd in the league

Predicted Outcome: I mean, take a look at these stats. We’re dealing with two of the top three teams in the entire league. If Donovan Mitchell was healthy, I’d take a much closer look at who had the upper hand in this game, but not only is Mitchell out, but the Jazz will be on their second leg of a back-to-back. The Suns should win this one fairly easily. I’ll roll with Phoenix.

DFS Targets: No Mitchell, no prob….okay, well, that’s actually a big problem for this team. If you expect the Jazz to lean on Bogdanovic and Clarkson to get buckets against the 3rd best defense in the league, you’ve got another thing coming. Especially after losing at the buzzer to Golden State last night. You can expect Bojan to hit value at $6900, but my interest in Utah wanes after that. Booker and CP3 are good money, but I’ll be underweight. Bismack Biyombo (yes, that one), is probably to cheap at $5300, also.