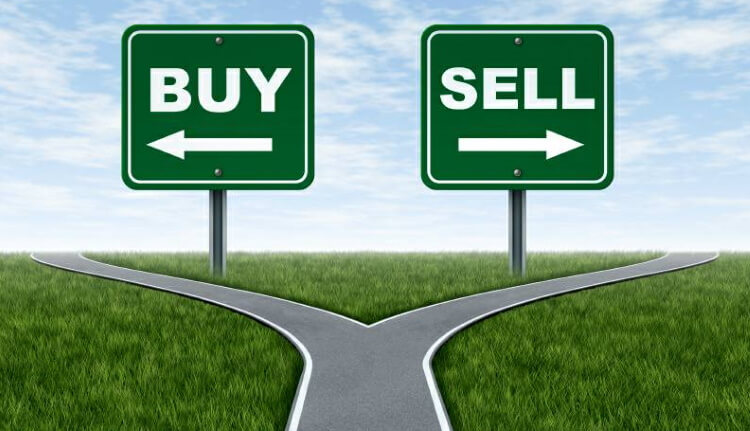 There are so many changes daily in fantasy baseball that it can be challenging to keep up with it all. Thankfully, we have several data sources via FanGraphs, Baseball Savant, and more to help see information beyond box scores. Sometimes, we miss things (myself included), and the purpose of our weekly pitcher buy or sell installment involves examining these players more in-depth.

Before the season, we have pitchers we target or fade. Then the in-season data aligns, disappoints, or makes us want more. Regardless, our goal – take the data and see where it leads us instead of using the data to fit our narratives and biases. We’ll use the underlying metrics to decide whether to buy or sell two pitchers on opposite ends of the spectrum in Roansy Contreras and Michael Wacha.

Rhys White of Prospects Live evaluated Contreras in the Pirates’ preseason prospects list, noting the three-pitch mix in the four-seamer, slider, and changeup. That aligns with Contreras’ arsenal in the majors with an added curveball he mixes in.

Roansy Contreras uses three pitches in the four-seamer (49.4%), slider (29.5%), and curveball (17.1%), accounting for over 95% of his arsenal. Contreras barely uses the changeup (4%), though the early results haven’t been great, with a .600 BA, 1.200 SLG, and .757 wOBA. However, Rhys White of Prospects Live noted he would like to see Contreras mix in the changeup more to keep hitters off balance.

According to @DolphHauldhagen's Pitch Leaderboard, the slider for Roansy Contreras ranks in the top-12 in SwStr% amongst sliders thrown 150 times.

From an SwStr% perspective, Contreras’ four-seamer and slider stand out, evidenced by the 10.9% SwStr% on the fastball and 22.6% with the breaker. According to Alex Chamberlain’s Pitch Leaderboard, the slider ranks No. 13 in SwStr% amongst sliders thrown 150 times in 2022. Meanwhile, the slider has a filthy 46.3% O-Swing% (No. 8) amongst sliders thrown 150 times per the Pitcher List Leaderboard. Seeing those numbers on the slider raises eyebrows, with the batted ball results to follow with a .200 BA, .400 SLG, and .289 wOBA. Contreras’ stuff might scream buy versus sell. 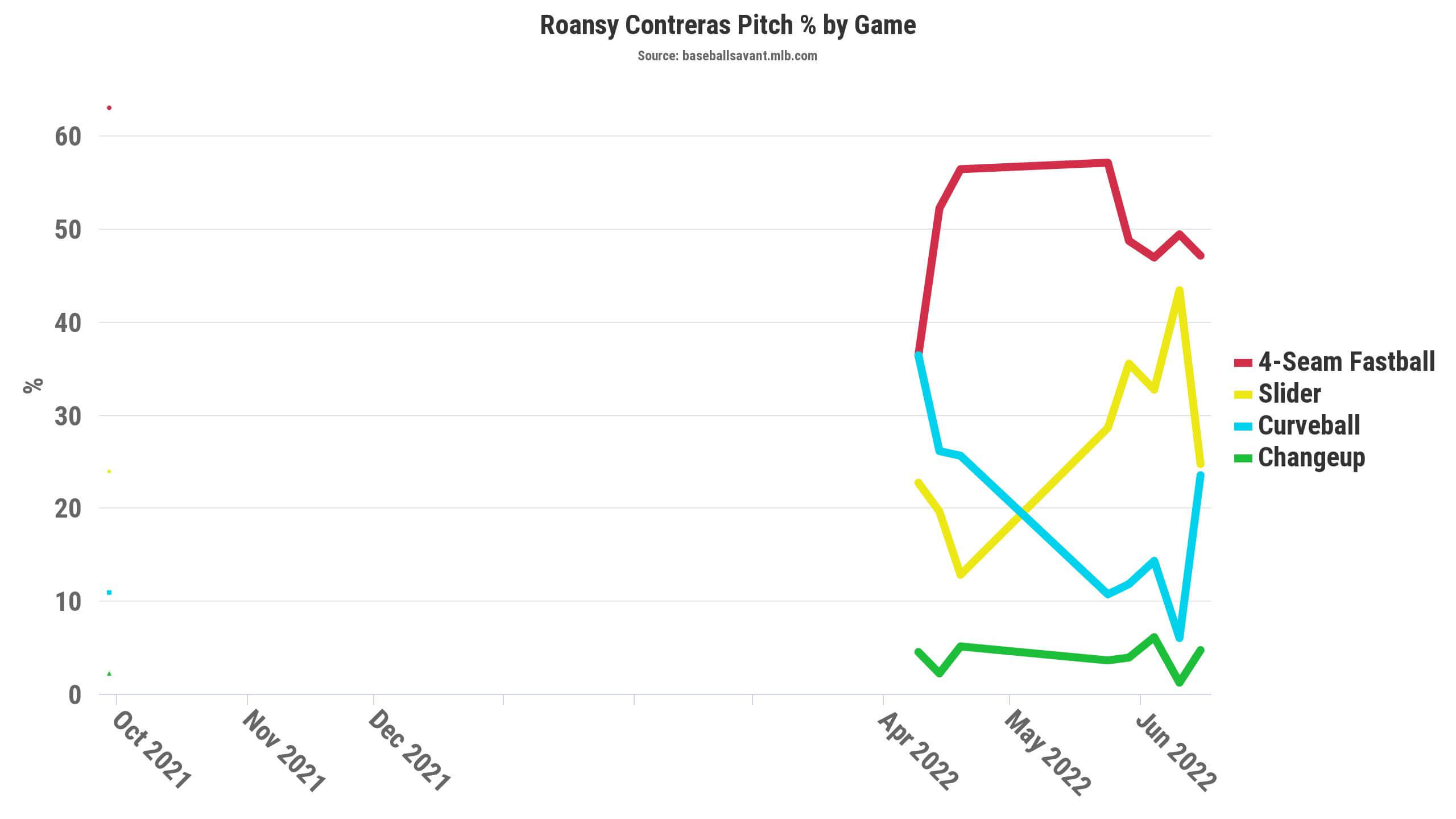 The top three pitches in Contreras’ arsenal possess above-average vertical movement, aligning with the SwStr% on the fastball and slider. Interestingly, Contreras relied on the slider more once transitioning to a starter in late May. It’s a small sample, but Contreras reduced the curveball usage with the increased slider.

With just under 56 innings in Triple-A and the majors in 2022, we’ll want to monitor the innings total for Roansy Contreras. Thankfully, the overall BABIP of .302 and LOB% of 78.1% appear reasonable. It’ll be a matter of if the skills will maintain for Contreras with a strikeout rate around 22-25% with an 8-9% walk rate.

Against the Cubs on Tuesday, Contreras allowed four hits, one earned run, and two walks with three strikeouts in five innings. Although the results looked positive from a ratio standpoint, the overall 25% CSW% and low Whiff% on the slider underwhelmed us. The BAT projects Contreras for 3.92 ERA, 1.23 WHIP, 21.5% K%, and 7.9% BB% in 81 more innings. Unfortunately, wins and offensive support might be lacking since the Pirates rank third from the bottom with 3.6 Run Support per Game. Overall, the stuff and unknown upside hint at buying more than selling in 2022. 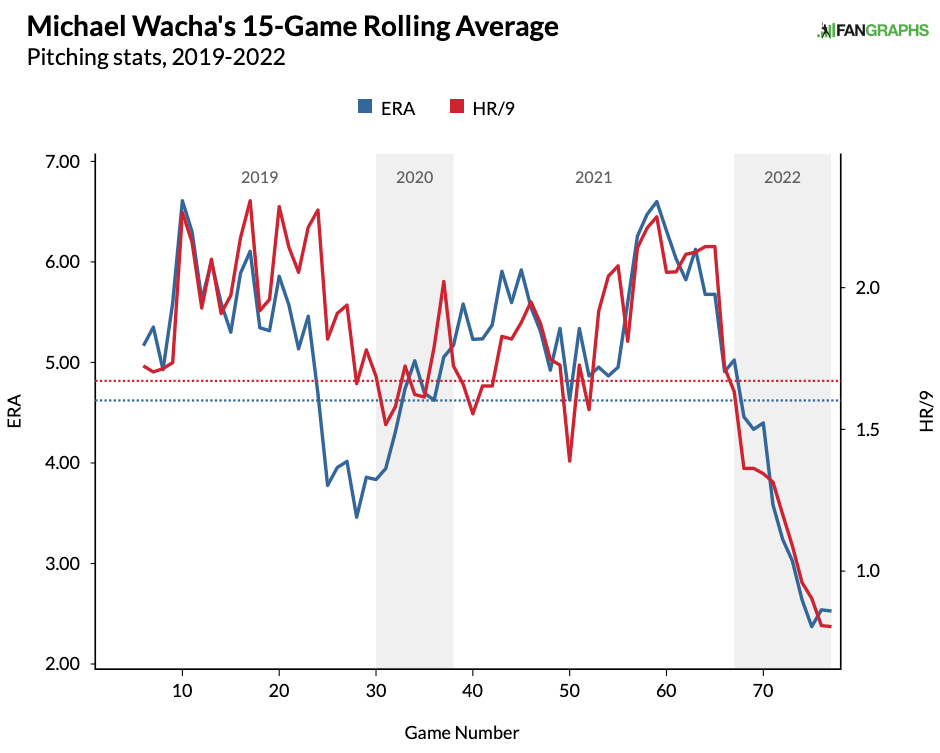 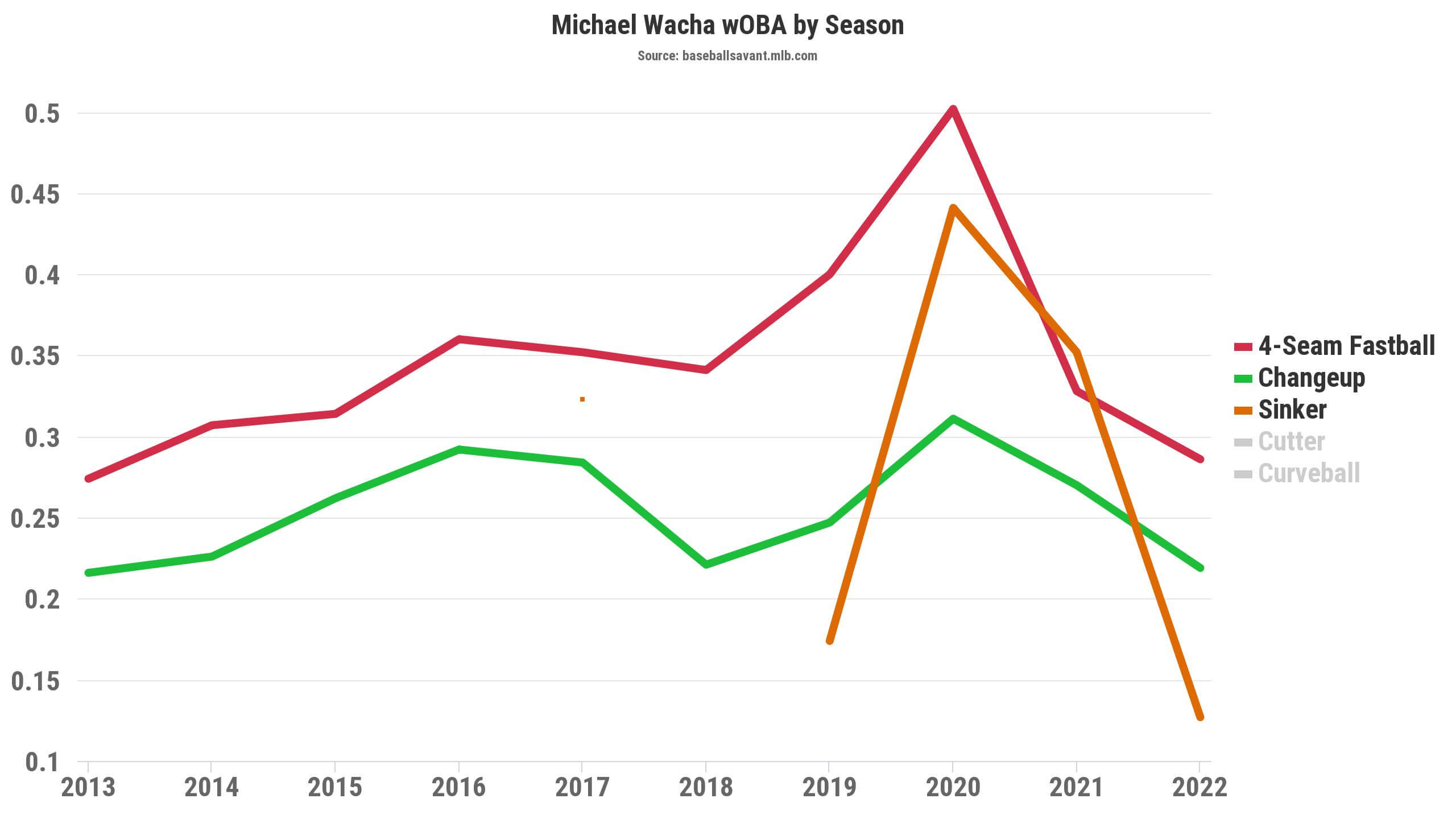 Wacha’s changeup remains his best pitch for swings and misses with a 16.8% SwStr%, a couple of points below his career SwStr% at 18.7%. The results look nearly as elite as Wacha’s sinker, evidenced by the .157 BA, .214 SLG, and .219 wOBA. Interestingly, Wacha’s best pitches in the changeup and sinker, from a results standpoint, don’t pop via the movement profiles. 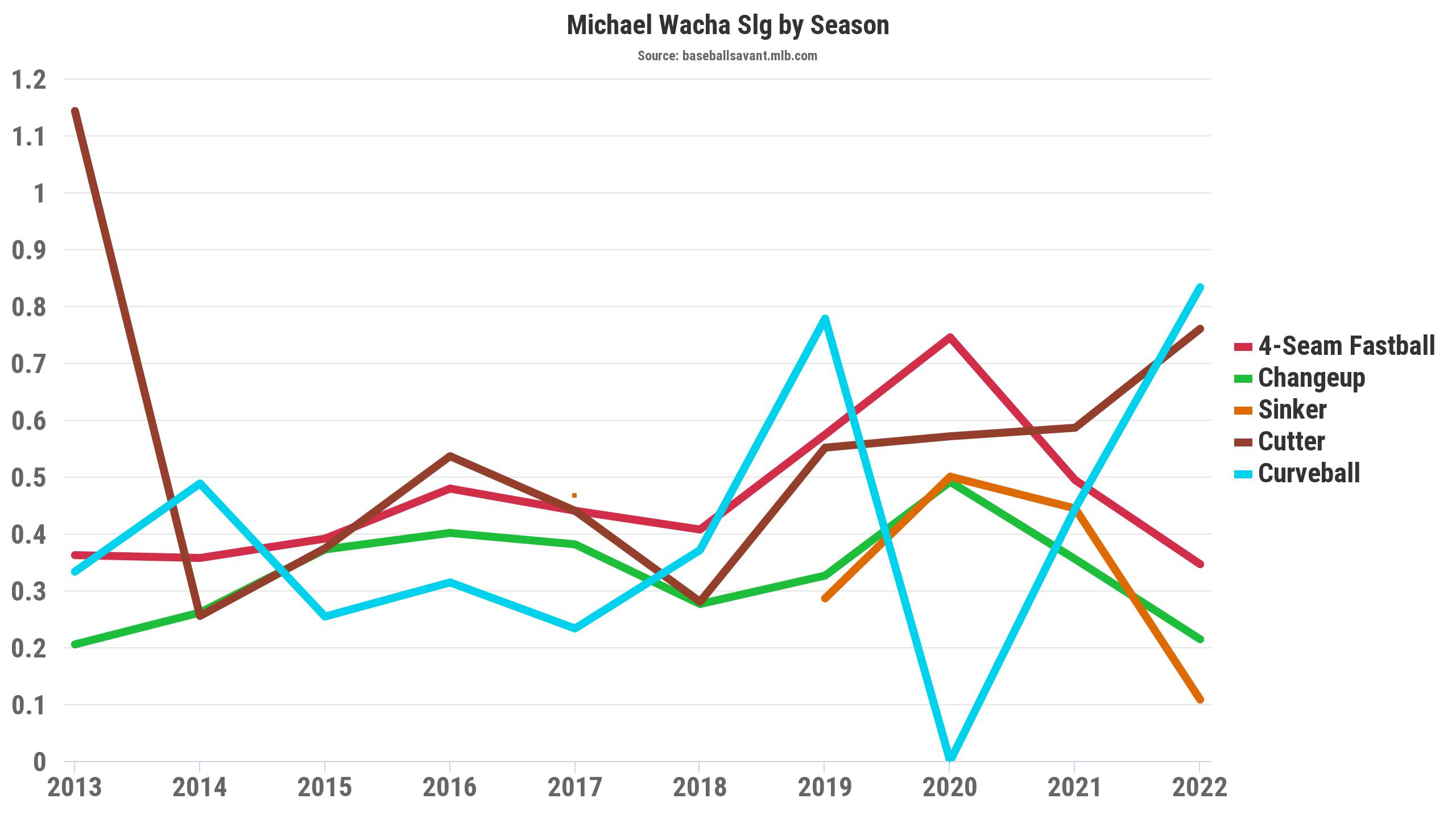 Assuming regression in the BABIP and LOB%, we should sell, not buy high on Wacha as more than a streaming pitcher. One of the more challenging parts of fantasy involves projecting what might happen in the future and not basing our guesses mostly on history. Fortunately, or unfortunately, no one is probably buying high on Wacha, given the underlying metrics. However, there’s a scenario where Wacha’s changeup and sinker keep performing well to post quality ratios on a per-inning basis. Meanwhile, THE BAT bakes in regression for a 4.93 ERA, .301 BABIP, 68.2% LOB%, and 1.37 wHIP, closer to his career averages.

Know When to Act