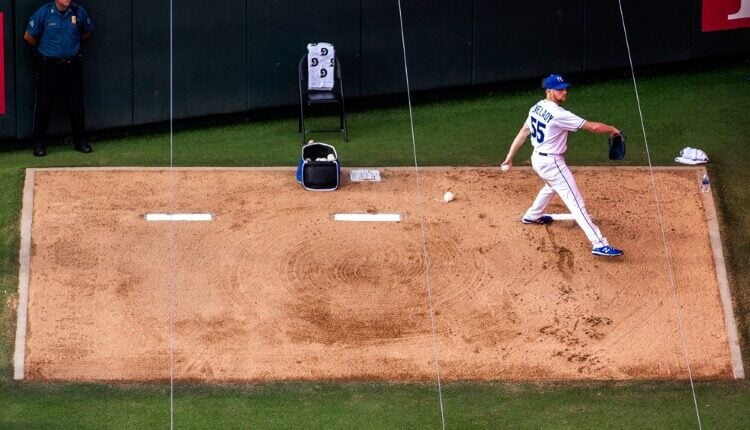 Back from a magical one-week break in the Upper Peninsula, I am ready to rock out bullpens once again. I strongly recommend going to a place where the phones don’t work all the time and there is spotty WiFi.  A great break from the ordinary daily grind!

Who are some relievers likely to get dealt in the next 10 days leading up to the trade deadline? Let’s take a look and see; keep in mind that many of these will be used in a setup role and not as closer if they move to a contending team.  While I don’t have a crystal ball to predict the role, history shows us that closers on bad teams often move into high leverage roles with contenders but not necessarily the closer role we covet in our relief pitchers.  We will also look at RP who may see a bump in their value should a team’s closer get moved in the next 10 days.

Bullpen Arms on the Block

David Robertson, Chicago Cubs:  Many thought this when the Cubs signed Robertson; give him an opportunity, see if he is healthy, and flip him at the deadline for prospects.  The Cubs are in full rebuild mode and trading Robertson makes sense.  Robertson has 13 saves and a 1.93 ERA and would look good in a setup role for a contender.

Player likely to benefit from a Robertson trade:  Rowan Wick.

Lou Trivino, Oakland Athletics:  After a horrific June (two losses and a 7.00 ERA), Trivino has responded in July with four saves and a 3.86 ERA.  Trivino has been miscast as a closer but retains value as a mid-inning relief option on a contending team.

Mark Melancon, Arizona Diamondbacks:  Melancon is a guy who is hard to match to a contending team.  He doesn’t profile as a closer on a winning team at this point, and his repertoire does not lend to being a high-leverage guy on a playoff contender.

Player likely to benefit from a Melancon trade:  Joe Mantiply (if he is not traded).

Gregory Soto,  Michael Fulmer, Detroit Tigers: This would be a great time for Detroit to sell high on Soto. The two-time All-Star is a coveted high-velocity lefty arm who could slot into a number of roles on a contending team.  Soto honestly may be better in a setup role or situational lefty as opposed to a closer.  The market figures to be competitive for him. Similarly, Fulmer has shown an ability to get key outs and could adequately perform in a seventh- or eighth-inning role. Both could move and probably should move.

Player likely to benefit from Soto/Fulmer trades: Andrew Chafin (who could easily be moved too), Will Vest, Joe Jimenez.

Chris Stratton, Pittsburgh Pirates: Pittsburgh has multiple pieces they are expected to move.  Stratton has had a career resurgence in Pittsburgh as a starter turned reliever over the last two seasons.  Stratton struggled in June but seems to have righted the ship just in time to be traded.  Stratton profiles as a middle relief option that could get a key groundball double play on a contending team.

David Bednar:  The All-Star closer in Pittsburgh has become a fantasy darling and for good reason. He’s got three wins, 16 saves and a 2.89 ERA with 57 punchouts in 43.2 innings. I do not think that Pittsburgh wants to move him, but they would be selling Bednar at an all-time high and could likely get some prospect pieces to help in their perpetual rebuild.

Player likely to benefit from a Bednar trade: Chris Stratton (who is more likely to be moved), Wil Crowe.

Josh Staumont: Kansas City is in a weird place at 36-57 and in dead last in the AL Central. Expected to be better than this, they are not at this time and could sell off some pieces at the deadline.  A player like Staumont figures to be highly coveted for his emergence the last two seasons in the Kansas City bullpen. Staumont has struggled over the last month, mostly due to free passes.  If he’s able to fix that issue, he could be a key piece for a bullpen looking to add setup men to their arm barn. In truth, anyone in the Kansas City bullpen could be moved, even Scott Barlow and Amir Garrett.  This will be one to watch in the coming ten days.

Raisel Iglesias:  Iglesias has two wins and 15 saves for a struggling Angels team. Granted, the Angels owe him three years and $48 million on his contract, so moving him would not be an easy transaction. But despite the bloated 4.50 ERA and two losses in the week leading up to the All-Star Break, Iglesias remains a valuable weapon and one that could possibly put a contender over the top; he’s got 46 strikeouts in 32 innings, so the stuff is there. He’s showing a 35.4 % K rate, and an xERA of 3.21.  Maybe it’s not been as bad as it seems.

Player likely to benefit from an Iglesias trade: Ryan Tepera and Aaron Loup (if they are both not traded).

Liam Hendriks:  The White Sox have been the biggest disappointment in the American League this year and are treading water in the AL Central.  The Sox still have two more years on Hendriks’ contract, which might make him more valuable to a contending team.  I think the White Sox management will try to go all in with this team, which may be a mistake based on their inconsistency and inability to play baseball consistently well. Word on the street this weekend is that the Sox and GM Rick Hahn are looking to add to their average bullpen.

Player likely to benefit from a Hendriks trade: Kendall Graveman.

Josh Hader, Milwaukee Brewers: This scenario feels least likely with the Brewers in clear contention for the NL Central crown, but it’s been reported that the Brewers will at least listen on the best relief pitcher in the game.

Player likely to benefit from a Hader trade:  Devin Williams.

Ok, now that we have updated guys who could be on the move, let’s take a look at our brief notes for the last week, knowing that the All-Star Break removed four days of games this last week.

The New York Yankees received devastating news that high-profile reliever Michael King would miss the rest of the season with a fractured elbow. The Yankees will likely be buyers and look to add to their bullpen stable behind Clay Holmes and Aroldis Chapman. Keep in mind that they also have Lucas Luetge, who has been excellent, and could step into a higher leverage role here.  With the news of this injury, look for the Yankees to be linked to lefties like Gregory Soto, Andrew Chafin, and Joe Mantiply this week.

Tampa’s bullpen received reinforcements when they activated Pete Fairbanks off the IL this week.  We will add him to the mix of Colin Poche, Jason Adam, and Brooks Raley. It’s impossible to give an edge to anyone in this bullpen.  To that point, Adam earned the save last night with Fairbanks getting a hold in the eighth inning.

This could be an interesting week for the Kansas City Royals, who have several pieces they could move in deadline deals, like Josh Staumont, Scott Barlow and Amir Garrett.

The moribund Oakland Athletics could make several moves this week, especially involving their pitching.  I think Lou Trivino could very well be on the move this week, which would cause a chain reaction in the bullpen. This could cause there to be opportunities for AJ Puk and Zach Jackson.

In Philadelphia, Jose Alvarado has been terrific as of late, even though the hierarchy remains Seranthony Dominguez and Brad Hand. Alvarado earned his first save of the season last Sunday. Corey Knebel has become kind of a forgotten man.

In Washington, Tanner Rainey is out for the year which has opened an opportunity for Kyle Finnegan.  Yet MLB Trade Rumors suggested yesterday that the Nationals are said to be listening on Finnegan, which seems to be an obvious move they could make. Finnegan earned his first save of the year before the All-Star Break, and should he be dealt, look for Steve Cishek (if not moved as well) or the resurgent Carl Edwards, Jr to take over the closer role for the rest of the season.

There could be a flurry of moves in the NL Central this week, and one I am wondering about is Hunter Strickland in Cincinnati. At 33 he does not fit into the Reds’ future plans and could eat some middle relief innings for a new team, but he’s also got a 5.24 ERA. Should he be dealt, or perhaps even cut due to ineffectiveness or a change of plans, I would look for Alexis Diaz to get a chance here.

San Francisco had a quiet addition this week, signing former All-Star closer Trevor Rosenthal to a one-year, $4.5 million contract. He could be a significant help to the bullpen; the Giants sent Jake McGee packing and he found refuge this week in Milwaukee.  McGee needs a fresh start and an opportunity to work out the kinks. Recall he saved 31 games last year for a contending Giants’ club.