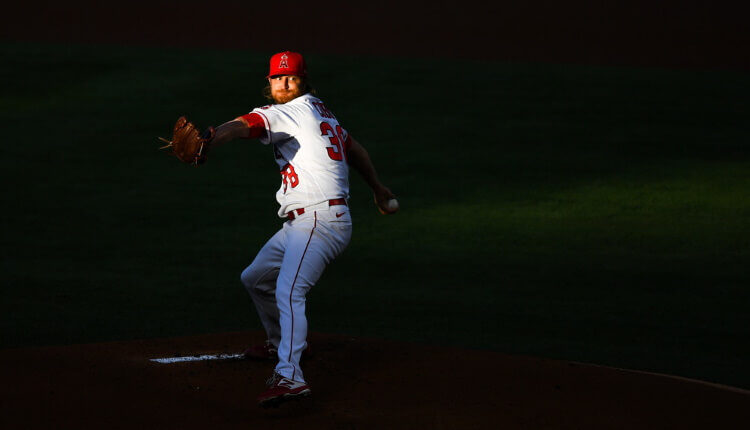 The Giants may not be considered “America’s Team”, but they might as well be in my eyes. They do things the right way, have a rich history with plenty of great players, and have managed to stay competitive for what seems like forever despite not overpaying for star players.

Part of the recent appeal for the Giants and the purpose of this article is their recent stretch in taking pitchers and transforming them. The Giants will sign pitchers who have underperformed elsewhere and turn them into bonafide studs and become big reasons why the Giants stay competitive. It seems to be like clockwork. Here are just some recent examples since 2010 in which a starting pitcher signed with the Giants and immediately performed better than in their previous destination:

While these are just some examples, it’s definitely not a fluke the Giants are able to consistently do this with multiple pitchers. Gausman might be the best case of them all, as he became a completely new pitcher once with the Giants and was able to translate that into cashing in on a five-year, $110 million dollar deal with the Toronto Blue Jays.

So the question is, who’s the next Giants reclamation project to go from satisfactory to stud? While there are a few candidates, the answer to me is clearly one Alex Cobb.

Alex Cobb’s Career to this Point

For people that might not remember, Cobb looked to be a potential cornerstone in the Tampa Bay Rays rotation from 2011-2014 where he won a combined 35 games and pitched 498.2 innings of 3.27 ERA ball. Cobb’s 48 wins are 5th in Rays history and his 35 wins and 3.27 ERA over that four-year stretch ranked both second on the team behind David Price. Cobb’s Rays tenure wasn’t all sunshine and blue skies as he dealt with a couple of major injuries.

In 2013, Cobb was struck in the head by a line drive from Eric Hosmer that caused him to miss two months of the season. Thankfully that year, Cobb flashed his potential in those 22 starts by showing where he would have ranked in the majors in ERA at 2.76 (4th) and 72.6% ground ball percentage (1st). That carried over in 2014, where Cobb’s 2.87 ERA was 6th best in the American League.

In 2017, Cobb looked to be more himself, going 12-10 with a 3.66 ERA in 177 innings. The biggest change in this season for Cobb was due to rehabbing from his Tommy John Surgery, he was no longer able to use his split-finger fastball/sinker (labeled different on different sites) and had to increase the usage of his four-seam, along with his curveball. Ultimately, this made him a prized free-agent addition by the Baltimore Orioles as he signed a four-year, 57 million dollar deal to be the ace of their staff.

Alex Cobb’s time in Baltimore was a disaster to put it lightly. In three seasons, Cobb accumulated a 7-22 record in 217 innings pitched. That went with a 6.71 ERA and only 148 strikeouts (6.1 K/9). Marred in Cobb’s poor performance, was the injuries continuing to mount up. Cobb only pitched 64.2 innings over his final two years in Baltimore with blisters, groin and lumbar strains, along with eventual hip surgery.

Cobb also saw his HR/FB rate shoot up in 2019 to 60% (9 HR’s in his 12.1 innings pitched before missing the rest of the season) and even in 2020 still up at 22% (his highest with at least 50 innings pitched). With Camden Yards obviously being tough on pitchers, Cobb couldn’t adjust and couldn’t keep the ball in the yard and it eventually led to his departure from Baltimore.

In February of 2021, Cobb was traded from the Baltimore Orioles to the Los Angeles Angels and it turned out to be a big turning point in Cobb’s career. While his record only showed 8-3 with a 3.76 ERA over 18 starts, his season spent in Anaheim was a lot more than that.

For starters, his FIP and xFIP, which take fielding out of the equation when determining a pitcher’s effectiveness were anywhere from 0.38 to nearly an entire run lower than his actual ERA. That means he could’ve had an even better season. Cobb also had a career-high 9.5 K/9 as he struck out 98 over 93.1 innings. Cobb also ranked in the top 93% among qualified pitchers in chase rate and top 94% in barrel rate. He was so good at limiting barreled balls that he allowed only 4.2% of them on batted balls in play. That helped Cobb come full circle as his horrid 6.57 HR/9 in 2019 went down to 0.48/9 or the third-lowest HR/9 rate among starters with at least 90 innings. Cobb already looked good in 2021 but could he be even better in 2022? 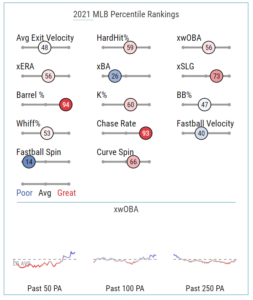 Why Alex Cobb can be the next Kevin Gausman

As mentioned above, Kevin Gausman in two seasons with the Giants accumulated 251.2 innings of 3.21 ERA ball, with 17 wins in 45 games. According to Tim Keown of ESPN.com, the Giants told him to basically ditch the slider and changeup and instead throw his two best pitches (the splitter and fastball) upwards of 90% of the time. He upped the use of his splitter and fastball to roughly 80% of his offerings in 2020, and roughly 90% in 2021. The Giants keep it pretty simplified: Throw your best pitches and throw them often.

Fast forward to November 30 of 2021, the Giants signed Cobb to a two-year, $20 million contract with a $10 million club option for his third season. He is locked in with the Giants for what appears to be the next two seasons minimum. Cobb can be even better than his 3.76 ERA and 9.5 K/9? You can bet he will.

According to research done by Alex Pavlovic of NBCSports.com, Cobb already has the right approach with nearly half of Cobb’s pitches with 2 strikes in 2021 being splitters. Pavlovic also adds that Cobb is quoted as saying he went to Driveline after the 2020 season to get a few more ticks on his fastball and more life overall on his pitches. He even began tinkering with a new curveball grip.

Still, Cobb threw his curveball and fastball and combined 21% of the time in 2021, and both are due for regression based on expected batting averages against both pitches. If the Giants work their magic, they’ll reduce both of Cobb’s secondary pitches and have him focus mainly on his sinker and split-finger, which could unlock the same second-gear that Gausman was able to unlock.

Alex Cobb has everything working for him in terms of breaking out in a big way in 2022. He has one of the best organizations known for developing pitching in San Francisco, a good pitching coach in Andrew Bailey, and a great ballpark to suppress home runs.

The best part is you don’t have to take much of a risk as Cobb is currently going at an average of 288.5 average ADP according to FantasyPros and projects as the 4th starter for the Giants according to Roster Resource.

Cobb’s continued use of his best pitches and his limiting of barrels, along with his continued high ground ball rate should leave many fantasy managers happy to roster him for the 2022 fantasy baseball season.