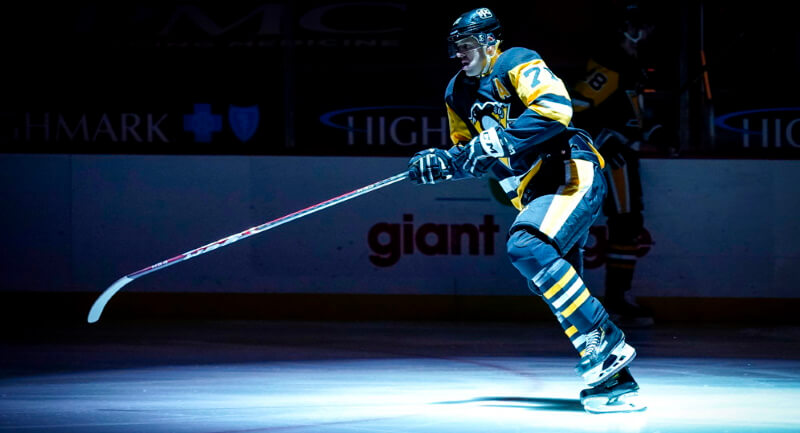 Some fantasy hockey players seem reliable coming into the season.  We all expect Connor McDavid to put up well over a point per game.  Rare is the analyst who dares predict failure for Andrei Vasilevskiy.  Some players, though, could boom or bust this year.  A speculative pick of one at value might win you your league.  It might also equate to a zero in your lineup.  In this article, I am not talking about rookies who could break out.  Instead, we need to talk about former fantasy-relevant players who have fallen on hard times.  Joe Pavelski was left for dead before last year after a poor statistical performance in his first season in Dallas.  Last year he rebounded to prime Pavelski and helped players win leagues.  Who are the biggest boom-bust players this year who could do the same?

How to take risks in your draft

None of the players in this article should be taken in the first round.  That is not what we are doing here.  Some of the players I am talking about are those guys who linger at the top of auto-rankings in draft rooms for rounds after they were “supposed to” be picked.  Generally speaking, it is a very bad idea to take multiple of these players in a draft.  Still, just as it can be valuable to speculate on a player or two primed for a breakout it is also savvy to consider proven players coming back from adversity.  Positive regression can be a great ally.

Why the discount: Evander Kane was accused by his estranged wife of gambling on hockey, including games in which he played.  The NHL is investigating and plans to announce findings before the beginning of the season.  For full disclosure, I said on our podcast this week Kane is currently on my do not draft list until we know more.

What could go right:  In a peripherals league, Kane is a game-changer.  He finished 2020-21 with 194 shots, 5th in the NHL.  His 97 hits tied for 80th and his 22 goals tied for 23rd.   This potent combination puts him in elite company.  No other player finished at or above those three totals simultaneously last year.  It could equate to borderline 1st round value that you could draft in the 5th or later.  Expect him to jump multiple rounds if and when the NHL clears him to play.

What could go wrong:  He could conceivably never play again.  Kane has vehemently denied the allegations.  On the other hand, reported grumblings by San Jose Shark teammates that they would like him off the team and his ongoing bankruptcy court proceedings suggest additional risk even if he clears his current hurdle.

Why the discount:  The 35-year-old future Hall-of-Famer has missed double-digit games in all but one of the last 10 years.  Last year he posted the lowest scoring and shooting rates of his career.  While a 70-point pace would normally be attractive, players who roster Malkin are used to 80-110 point paces.

What could go right:  A slow start to the season likely left some of your league-mates believing Malkin was not even at a 70-point pace.  Three points in his first eight games along with rumors he came to camp at less than his physical best will drive the narrative.

What could go wrong:  Malkin’s injuries often strike in the second half.  If you rostered him last year, you watched helplessly as he sat in your IR during the final six weeks.  He only returned for the final six days of the regular season and in the playoffs, likely too late for anyone’s fantasy season.  It makes sense for the Penguins to rest up the oft-injured center when April comes around, but it does you no good.  Also, you cannot rule out his recent decline is the beginning of the inevitable conclusion of a 15-year career.

Why the discount:  Tarasenko missed over a year with a shoulder injury and returned with a career low scoring and shot rate for 24 regular-season games last year.  He reportedly demanded a trade and rumors swirled all summer of St. Louis trying to accommodate him.  Now the team says he will be back for the start of training camp.

What could go right: When Tarasenko is right, he is a scary scorer.  Once upon a time, players considered drafting him in the third round.  If Tarasenko’s shoulder is right, he will skate with excellent centers Ryan O’Reilly or Brayden Schenn.  Could you get a 4th round talent in the 9th round?  It could happen.

What could go wrong:  If Tarasenko’s shoulder is permanently worse, he could end up the lesser performer he was at the end of last year.  While St. Louis is saying they highly value him, they also exposed the former all-star in the summer expansion draft.  If the relationship between player and team is broken but no trade comes, you could end up burning a bench spot on Tarasenko while the drama plays out.

Why the discount: Everyone knew Laine was being traded away from the Winnipeg Jets last preseason.  By the time the Jets sent him to Columbus with Jack Roslovic for Pierre-Luc DuBois, it seemed more of a relief than anything.  After his late start and COVID quarantine, Laine had a forgettable year.  Over the first four years of his career, Laine tied for 7th most goals (138) and 3rd most power-play goals (49).  Last year he scored only 21 points in 45 games and went from 3 shots per game to under 2.  He suffered a 14-game goal drought during the season as well.

What could go right:  Laine is no longer playing under John Tortorella, the hard-nosed coach who healthy-scratched Laine multiple times last year.  Last year’s visions of a gigantic contract have slipped away.  Laine will be motivated to get back to the level that made him a seeming shoo-in for a big payday.  If the 23-year-old Finn returns to form, he could be the offensive leader for a down Columbus squad.

What could go wrong:  Laine’s help in Columbus is unlikely to measure up to his old Winnipeg linemates anytime soon.  While a change in coaching could help, Laine reportedly butted heads with former assistant coach/new head coach Brad Larsen last season.  Of course, the biggest problem of all is not knowing if there was something else that caused the sudden decline of his performance and if it will be fixed.

Why the discount:  Tyler Seguin was a 1st/2nd round pick for years before missing almost a whole season from hip surgery.

What could go right:  Seguin did come back at the end of last year.  2 goals with 8 hits and 8 shots in 3 games is as much as could reasonably have been expected.  When healthy, Seguin is a league-winner in shots.  For the four seasons prior to last year, Seguin was second in the NHL in shots, next to only Alex Ovechkin.  For years he averaged 4 shots per game with a hit and a point.  If the pre-surgery Tyler Seguin comes back you could get nearly 1st round value.

What could go wrong: Seguin is 29 now and during his last healthy year his scoring declined a bit.  While Dallas had a high-flying, wide-open offense for much of his prime, that has not been the case more recently.  His constant partner on the ice, Jamie Benn, has declined in the past couple of years as well.  All indications are the hip is OK now, but we only saw 3 games of a healthy Seguin last year.

If you want to listen to me talk about these players every week, listen to Fantrax’s podcast Fantasy Hockey Life.  Victor Nuno and I cover prospects and the pros.  Listen to our offseason previews for all 32 NHL teams and our positional rank outlier series.  Follow me on Twitter at @fanhockeylife.  You can also join our free discord to talk hockey all year.

Do you have an interesting Fantasy Hockey trade dilemma?  Leave it in the comments and we would love to hear it.