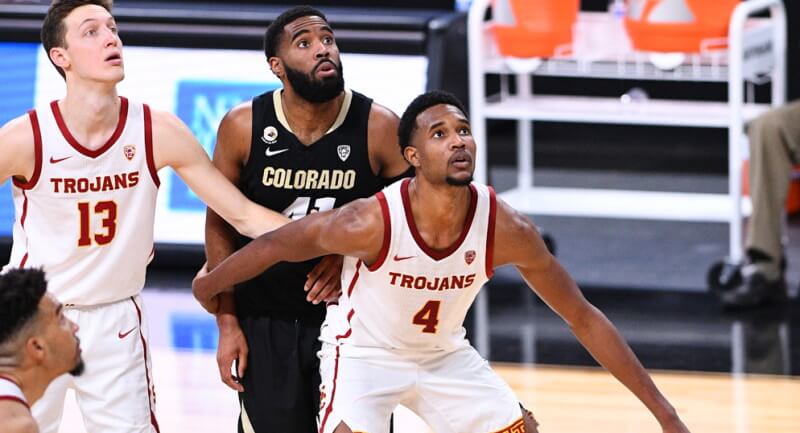 The Finals aren’t yet over, but the grind doesn’t stop! The ping-pong balls have officially bounced! The NBA Draft lottery is now set, and we know which team will pick and where. Tomorrow’s fantasy basketball league preparation starts NOW! It’s time to look at this year’s batch of prospects and determine if their landing spots will be beneficial for their fantasy outlook. Here’s the top five in the current draft order:

Where will the best prospects land? Let’s dive into it, with my early mock:

To be honest, this isn’t who I would take with my number one pick, but it’s who I believe the Pistons will select. And honestly, it makes sense. They won’t get much pushback. The Pistons have a lot of holes to fill. Jerami Grant is their best player, and if Jerami Grant is your #1, you won’t do a whole lot of winning. Cade’s strengths include his vision, his ability to create shots for himself and others, and a 6’8″ 220lb frame that can guard multiple positions.

Cade will be an incredible asset to your fantasy basketball team next year. He won’t be brought on slowly like Lamelo was. He’s likely to start immediately and handle 30+ minutes. I don’t anticipate he’ll average a triple-double, but he’s going to threaten to do so. He reminds me of a Ben Simmons that will shoot. Not as dominant defensively, but he will get boards, assists, play downhill, and defend with the best. You’ll draft him in your 2nd or 3rd rounds of your drafts.

Once again, I wouldn’t take this prospect with my second pick, but it’s clear with the experts around the league that Mobley is favored in Houston. His 7’0″ 215lb frame will fit in well as a stretch center. He can defend multiple positions as he’s got the body of a guard, and he’ll spread the floor and hit his fair share of three-point jumpers. Mobley shot 30%+ in college and I anticipate he’ll be even better in this category when he hits the league. Evan also shoots 70% from the free throw line. I don’t know that he’s the best fit alongside Chris Wood, but I see the vision. I think Mobley will comfortably average 12pts and 10rbs in his rookie year.

This is my guy. I think he’s the best player in the entire draft. He’s absolutely the purest scorer in the draft and showed he can do this against pro talent in the G-League. People compare him to Zach LaVine, but he reminds me of more of a Brad Beal. He’s too much for any defender to handle. He’s going to average 25 points a game on this Cavs team that traded away Kevin Porter Jr., and has been insinuating that Colin Sexton is available. Jalen Green is going to win a scoring title or five before his career is done. I would draft Jalen Green in the 2nd round of my draft and not bat an eye. He’ll get buckets with his eyes closed, and his usage rate will get him assists and boards by accident.

Toronto just paid Fred VanVleet a well-deserved big contract, now they’ll need to replace Kyle Lowry who will undoubtedly be taking his talents elsewhere. Cade will be gone by the first pick. Who’s the next best PG on the big board? Jalen Suggs. He’s a 6’4″ slasher who can get boards from being active, and knows when to make the right pass. I’d like him to be a better three point shooter, as he shot 34% in Gonzaga, but that’ll improve with time. The problem with Suggs is that he won’t be a great NBA defender. He won’t be able to replace Kyle Lowry in that aspect of his game. Further, he’ll be third fiddle to Siakam and FVV. I don’t anticipate he’ll be a fantasy basketball stud this year. I’d let him fall to you in drafts.

6’9″ 230lbs. That’s an NBA body. He can guard 1-5, which is a humongous plus and helps for rookie development. If you can’t get it going offensively, it’s important to know that you can still get starters minutes because you’re the most switchable defender on the court. The biggest flaw in his game is that there will be several times this season when he can’t get it going offensively. He shot 27.5% from three and 62% from the free throw line. He’s a wing, so you’d like those numbers to be a lot higher. He can absolutely grab boards and run the fast break though. The Magic are rebuilding and Barnes could be a great foundational piece. I don’t think he should be on your fantasy radar until the late rounds, however.