The 10 Biggest Draft Mistakes To Avoid In Fantasy Football 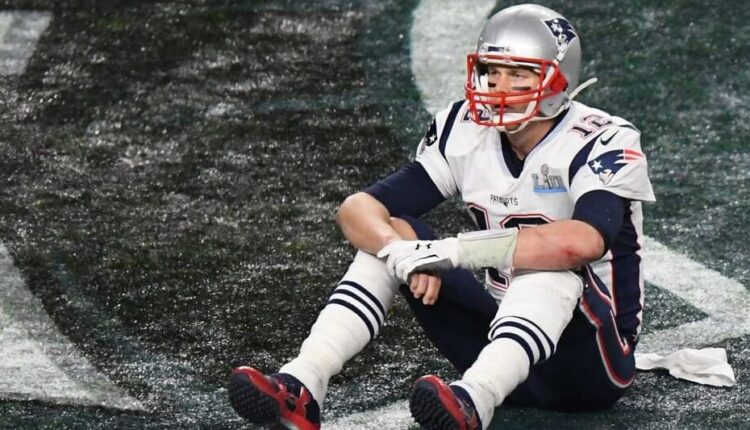 There is plenty that can go wrong in the midst of a fantasy football season.  Most of which is completely out of our hands and often chalked up to bad luck.  What we can control is how well we set ourselves up for each season with a solidified draft strategy.  In order to execute said strategy to the best of our ability, the amount of mistakes made along the way must be kept to a minimum.  Below are some of the biggest draft mistakes fantasy football managers make to know of and avoid before the big day.

Heading into your fantasy football draft completely unprepared is a recipe for disaster.  Whether you decide to cram your head full of stats hours beforehand, or simply “wing it”, taking the most popular players you know, you’re almost guaranteed to lose.

To make the season worthwhile, you must put in some time and effort before your fantasy football draft.  From there, you can formulate a draft strategy capable of building a competitive roster.

There are plenty of tools available to get you ready for your season.  The 2021 FantraxHQ Fantasy Football Draft Kit, for example, compiles player rankings, news, analysis, articles and much more into one location to keep you organized and informed ahead of your draft.  To ignore this resource, or others like it, is one of the biggest draft mistakes one can make.  Everyone prepares differently.  Just make sure you do.

The game of fantasy football has evolved enormously, especially in the last few years.  Ask around and you will find that many leagues have different rules than your own.  Some are slightly different, others may seem like a completely different game.

It’s important to make sure you know your league’s rules ahead of the draft, especially if you play in multiple leagues.  With the varying of rules from league to league, you don’t want to make a big draft mistake of selecting players that benefit a completely different format.

Confirm the scoring rules, draft type and order, roster construction, and anything else that you may have questions on before your draft, with your commissioner to eliminate any confusion.  In doing so, one could even complete a few mock drafts for extra practice ahead of the real thing.

You’ve read the articles, crunched the numbers, and compiled your own rankings ahead of your fantasy football draft.  The next biggest draft mistake you want to avoid is leaving your research behind.  If you’re drafting in-person or online, failing to have access to your rankings or notes makes all of that studying a near waste of time.

As soon as training camp begins, there is going to be an outpouring of NFL news to monitor.  That includes injuries, positional battles, and so much more.  Making notes of this information in real time is beneficial to have when draft day rolls around.

If you leave your notes at home, you could be in the dark leading to big mistakes in your draft.  Prepare your notes and prepare to bring them.  They will help you make confident, winning decisions.

Do Not Rely on Auto Draft

A few, big draft mistakes can be made if you are drafting online that can be avoided.

First, agree to a date and time that works for you. Don’t make plans on, or worse, forget that it’s draft day and rely on the computerized auto draft to select a winning team.  Nobody likes a manager whose picks are auto-drafted and no manager ever likes their auto-drafted team.

Next, make sure you have a reliable internet connection.  There is nothing worse than trying to select a player when the draft freezes or the connection is lost.  It slows everything down.

If that were to happen, make sure you have players lined up in the draft queue.  If you are unable to be present to make a pick, the system will recognize the players in your queue as those you want at a specific pick and make sure it gets done, if they are available.  These are all big mistakes that are easy to circumvent ahead of time.

You Have to Be Flexible

When the draft starts, not everything will go according to plan.  That’s to be expected! Do not make the big mistake of panicking when things aren’t going your way.  As discussed already, preparing a strategy is crucial for a successful fantasy football draft.  There has to be a level of flexibility if the position or player you want gets taken before your next pick.

For instance, you plan to draft three running backs in the first four rounds.  However, many of the running backs you hoped to select have already been taken.  Meanwhile, there are quality wide receivers available to you at the same pick.  It would be a big draft mistake to settle for a lesser running back rather than take a top pass catcher to round out your roster.

Just because you have a plan, does not mean you have to stick to it.  Let it guide you early on, but go with the flow once the draft picks start flying off the board.

You Reach, I Teach

We all have a handful of players that we are dying to roster on our fantasy football teams in 2021.  One of the biggest mistakes you can make, however, is to draft those players earlier than you probably should.  The point of research and finalizing your own positional rankings is to solidify where you value certain players over others.

To reach for a player is to draft them a few rounds earlier than where they generally would be selected or where you have them ranked.  When that happens, other players who should have been selected instead become available to your opponents.  Don’t hand out an advantage to the rest of your league by reaching for your favorite player too early.

Your Fantasy Team is Not Your Home Team

You’re playing fantasy football because you love the game of football itself.  As a fan, you probably have a favorite team that you grew up watching and root for every week.  That’s all well and good, but your fantasy football draft is not the time to prove your level of loyalty to your home team.

Of course, it’s possible to draft many of the players from your favorite team, but that doesn’t mean you should.  In doing so, you jeopardize the variety and quality of your fantasy football roster by passing on another team’s players.

Furthermore, your home team’s divisional rivals likely roster top fantasy football players.  It’s okay to draft them!  They still record high fantasy football performances even if you don’t like the team they play for.

A big draft mistake, I sometimes find myself making, is losing focus of my own team when it matters most.  In a league of nine or more of your friends, family, or coworkers, it’s easy to get caught up in what everyone else is doing.

You don’t want to start focusing too much on what other teams need or how their rosters compare to yours.  There is plenty of time to evaluate each person’s draft when the last pick is made.  In the meantime, worry about your team and the players you want or need.

If you get stuck trying to figure out what the person next to you might do next, you’re wasting time determining what your own pick should be.  It’s not a bad idea to look around and see how the draft may play out, but don’t get too distracted or worried about what you see.  There’s still work to be done.

Don’t Hang on Every Word

Fantasy Football is a weekly series of making educated guesses based on trends, statistics, and other data.  If we all knew what was going to happen, it wouldn’t be fun and it wouldn’t exist.

At the end of the day, you are the one making the picks.  Myself, and any other expert’s advice you may have taken, won’t be there to help on draft day.  You are going to read through articles, social media posts, and plenty of other content, but the notes you draw from them are what matters most.

That being said, stick with the sources you enjoy and trust the most for your draft preparation.  Even the best in the business get it wrong sometimes.  Don’t make the mistake of your fantasy team winning or losing by anyone’s decisions but your own.

You play to win the game.  Just don’t let your competitive side get in the way of a good time.  At the core of this game is the opportunity to have fun and watch for something additional in football games each week.

The draft shouldn’t be any different.  Everyone’s record is 0-0 and nobody knows how the season is going to play out.  This is the best time of year to get together with your league, enjoy some refreshments, and draft your fantasy football teams.

The absolute biggest draft mistake you can make is not drafting or playing fantasy football at all.

So, enjoy and have fun with it!