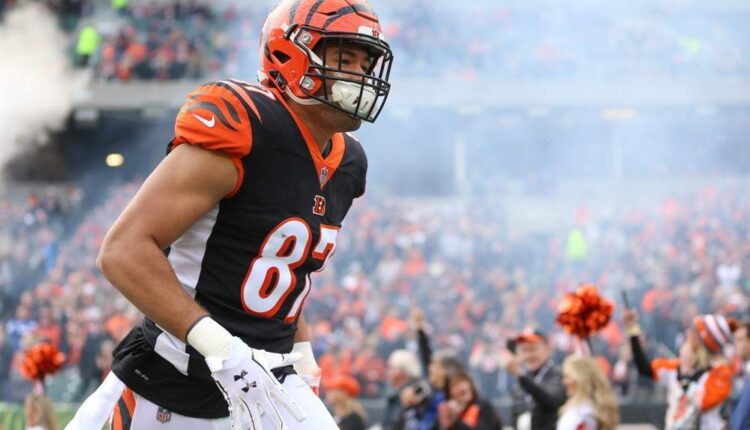 The tight end position is proving to be a tricky one to figure out each week.  With Mark Andrews and Darren Waller out on their byes this week, as well as Dawson Knox out with an injury, figuring out the top tight ends of the week could continue to be difficult.  Hopefully, I can provide some guidance with my Week 8 tight end rankings and notes.  As always, my rankings are based on half-PPR scoring.

Buffalo returns from its bye this week but will be without breakout tight end Dawson Knox.  He broke his hand in Week 6 and is expected to miss three weeks.  Tommy Sweeney will replace Knox and is worth monitoring in deeper leagues.

In his first game since the Zach Ertz trade, Dallas Goedert operated as the Eagles’ top tight end and led the team in receiving yards in Week 7.  He gets a plus matchup this week against the Lions and should be more of a focal point in Philadelphia’s offense moving forward.  He’s a top-three option for me this week.

Mike Gesicki continues to be an offensive weapon for the Dolphins and leads the team in receiving yards for the season.  This week, he gets a tough matchup against the Bills.  Gesicki is still a top-eight option, just temper your expectations.

Dalton Schultz returns this week.  He has at least 58 receiving yards or a touchdown in each of his past four games and gets a decent matchup against the Vikings.

Hunter Henry gets a favorable matchup this week, with the Chargers allowing the fourth-most fantasy points to tight ends.  Henry is getting red zone looks and has scored a touchdown in each of the last four games.  Be sure to monitor Jonnu Smith’s shoulder injury this week.  If he misses any time, Henry’s value will continue to increase.

C.J. Uzomah has been targeted more than three times in a game only once this season.  However, he has five touchdowns in the past four games and is the TE4 on the season.  Uzomah faces the Jets this week, who are giving up the seventh-most fantasy points to tight ends.

Similarly, Mo Alie-Cox doesn’t get a ton of targets, but he also has touchdown upside.  He has four touchdowns in the past four games and is tied for the team lead in red-zone receiving touchdowns (3).  Alie-Cox has a favorable matchup this week against the Titans, who have allowed the sixth-most receiving yards this season.