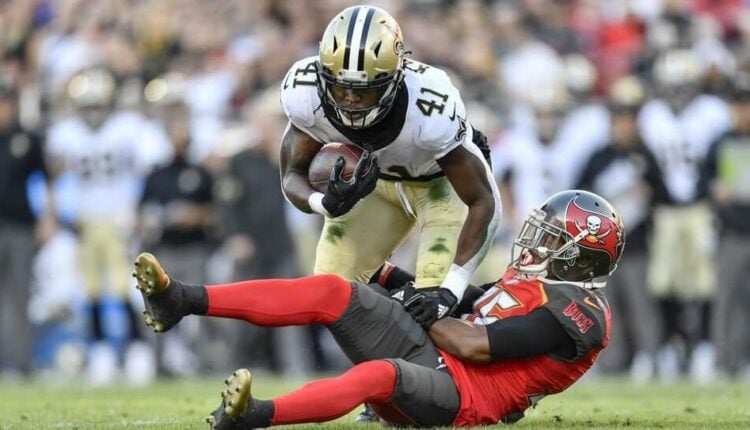 Welcome back to another week of running back rankings. This Week 3 RB rankings list will catch you by surprise by who has been moving up the list and who has dropped. Saquon Barkley is finally starting to look more and more healthy, while Antonio Gibson is slowly dropping week by week.

Week 2 was full of high scoring from the running back position. Derrick Henry dropped 44.7 fantasy points and Aaron Jones had 38.5 points in half PPR formats. And how about Tony Pollard dropping 23 fantasy points as a backup.

Below I have the top 50 running backs for Week 3 along with some notes. Again these rankings are based on a half PPR format.

One surprise is I have Alvin Kamara at nine behind Najee Harris and Jonathan Taylor. One reason is Kamara has the toughest matchup between the two, on the road at New England. What I’ve seen the first couple of weeks is Kamara and Jameis Winston don’t work together in terms of fantasy. Still, Kamara is a must-start, but he is slowly falling in the rankings as a top 5 running back.

Another player who jumped up in the Week 3 RB rankings is Pollard. I have Pollard at 30 this week. Pollard only had three fewer carries than Ezekiel Elliott last week and managed to gain over 100 yards and a touchdown. Pollard was also used in the passing game more than Elliott which jumped his ranking.

Some players that dropped for the Week 3 RB rankings list are Gibson and Clyde Edwards-Helaire. Gibson has a tough matchup against the Bills which drops him. Another reason I have Gibson dropping is similar to what Kamara is dealing with in Taylor Heinicke. Last week Heinicke was more focused on throwing the ball downfield instead of targeting Gibson. So, Gibson is losing his pass-catching ability with Heinicke.

As for Edwards-Helaire, he just does not seem to have a place in the Kansas City offense. The Chargers have been bad against the run this year, so this is why I have him breaking the top 20 for Week 3 RB rankings. But, Edwards-Helaire is still a liability at the running back slot. I have him as a flex option this week, but he does not look like a top running back for the season.

Lastly, don’t count out James White. Damien Harris has looked great in the first two games, but White has come out as the leading pass-catching back in the offense. For Week 3 RB rankings I have White at 33 going against the Saints. Through two games White has 12 receptions for 94 yards. Mac Jones is targeting White in the offense, which leaves White as a solid flex option.

If you liked Michael’s Week 3 RB Rankings, be sure to check out the rest of our Week 3 Rankings and Analysis!