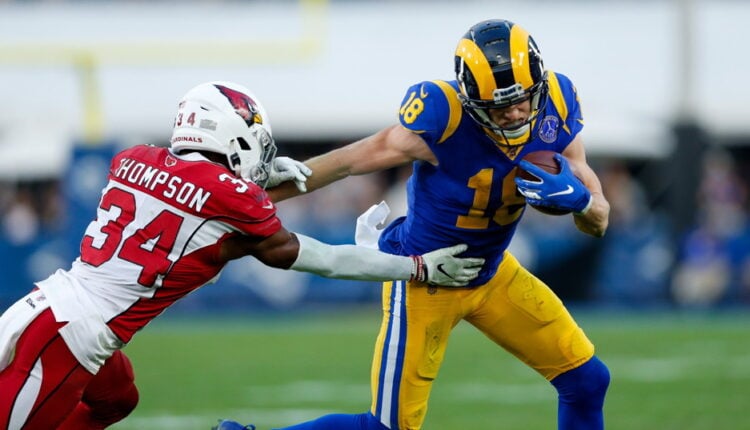 Now that we have two weeks of football in the books, I have so many takeaways from the wide receiver position. You’ll notice some surprises in my top 50 Week 3 wide receiver rankings list. But, trust me this list will be perfect for any fantasy owner setting their lineup this week.

Some quick takeaways from the rankings list I have provided are, Tyler Lockett and Cooper Kupp are jumping up the list. While Robert Woods and D.K. Metcalf have dropped in the rankings. Lots of injuries happened this week and Brandon Cooks is starting to look like one of the most underrated fantasy receivers to start the season.

Below are my top 50 wide receivers for Week 3 along with some notes. Again these rankings are based on a half PPR format.

The biggest surprise you’ll notice for my Week 3 wide receiver rankings list is I have DeAndre Hopkins at two. Jacksonville has been mediocre at defending the passing game this season, and I see Hopkins having his breakout game of the season this week. The Cardinals have been spreading the ball around, but I see Hopkins having a field day against the Jaguars secondary. Last week Courtland Sutton had nine catches for 159 yards on the Jaguars and in Week 1, Brandin Cooks had five receptions for 132 yards.

As mentioned above I have Cooper Kupp at 10 and Tyler Lockett at eight for my Week 3 wide receiver rankings. While I have Metcalf dropping to 11 and Woods dropping to 24. Both Woods and Metcalf have a great opportunity this week to go off, but It has been Kupp and Lockett getting all the looks. Kupp looks to be Matthew Stafford’s favorite target and the Seahawks look like they don’t know how to use Metcalf like they do with Lockett. Kupp is playing a banged-up Tampa Bay defense, and the game should be a shootout. While Lockett is going against a weak secondary in the Vikings.

Lastly, I have Cooks at 21 for my Week 3 wide receiver rankings list against the Carolina Panthers. This could be a little high since Tyrod Taylor is out and Davis Mills will be the starter. But, Nico Collins is out for a few weeks and Danny Amendola is not expected to play Thursday night. This leaves Cooks as the whole offense for the passing game. In back-to-back weeks Cooks put up 15 plus fantasy points. I expect Cooks to get a lot of targets this week.

If you liked Michael’s Week 3 Wide Receiver Rankings, be sure to check out the rest of our Week 3 Rankings and Analysis!